Johnny Lawrenson was a great servant to the Club both on and off the field. He joined Wigan in 1938 from Wigan Old Boys Rugby Union Club.

Johnny played his entire career at Wigan in the three quarters, mainly on the wing. After missing several games due to the Second World War, he returned to the team in 1947 and helped Wigan win the Championship and Lancashire Cup Finals as one of the side’s highest scorers. Having missed out on a Wembley Cup Final due to injury in 1948, Johnny joined Workington Town where he won a Challenge Cup final.

After calling time on his career which included 12 international caps for England and Great Britain, Johnny returned to Wigan as a trained physiotherapist. He took over as Coach of the Club alongside Eric Ashton when Jim Sullivan was struck down with illness in 1961. 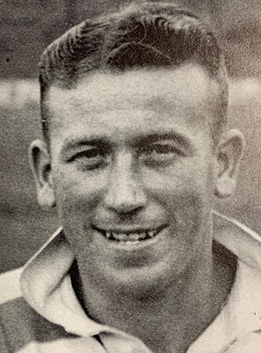