*Jim Sullivan was the ultimate rugby league player. The full back signed for Wigan from Cardiff Rugby Union Club where he went on to make a record 774 appearances in a twenty-five-year career, scoring 83 tries, converting 2317 goals and amassing 4883 points.

In 1932, he was appointed as the first ever Coach of the Wigan Rugby League Club and won three Championships, two Challenge Cups and three Lancashire Cups. 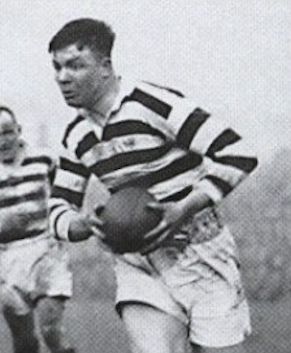