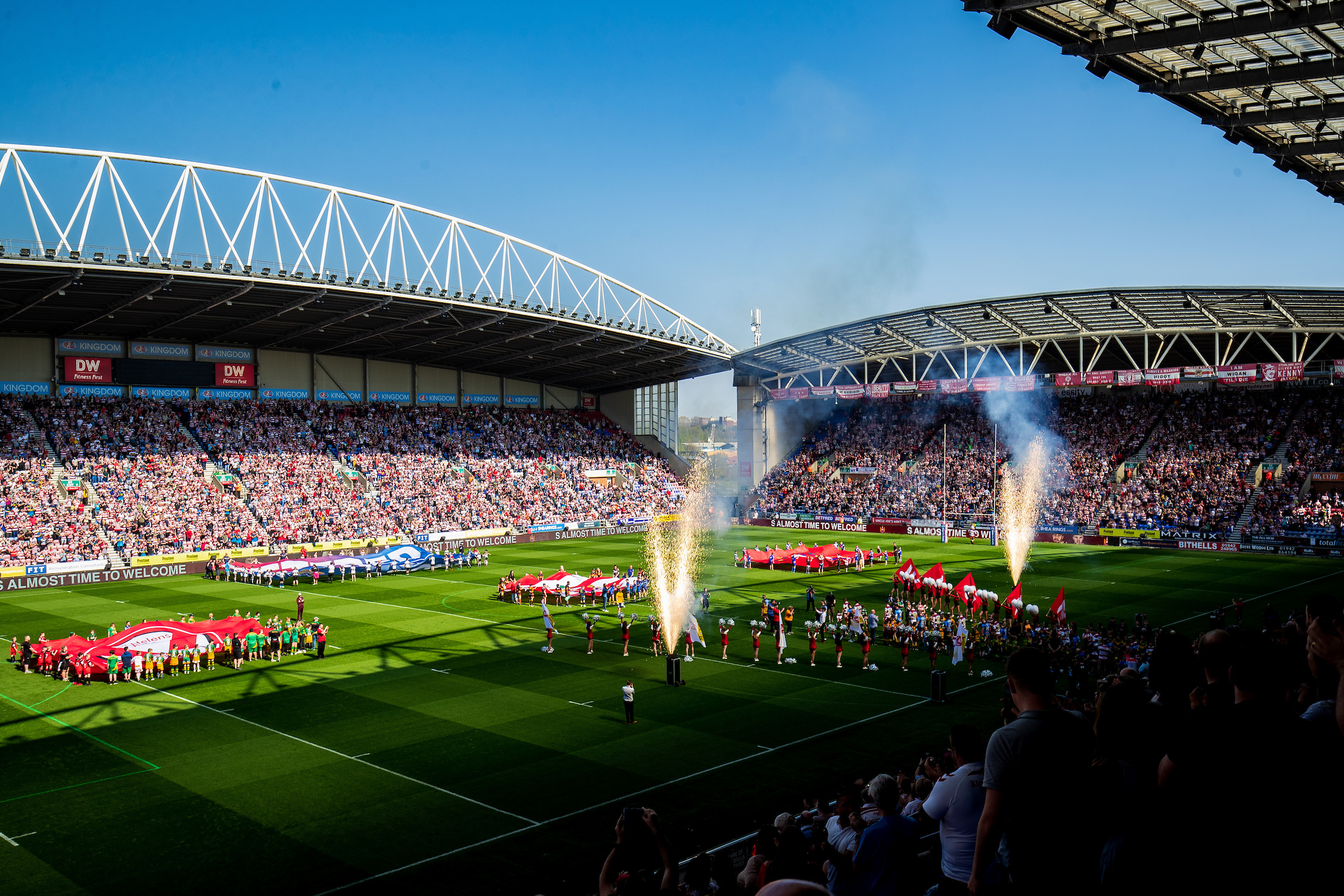 Getting to the stadium.

From the South and West

The DW Stadium has 2000 car parking spaces located around the stadium.

Supporters can pay on the gate on Car Park 1 (on Stadium Way), while pay and display is in operation on Car Park 5 (this is property of the DW Sports Fitness Club) .

Car Park 3 and 4 will be open to parking season ticket holders only. Seasonal car park passes for all car parks are available from the DW Stadium ticket office on a first come first served basis and cost £45 for all Wigan Warriors league, Cup and play-off fixtures.

Please refrain from using the Robin Retail Park car parks as these are not official car parks. Supporters who use this car park are at risk of being clamped and fined.

Manchester Airport is a major International hub, serving most destinations across the world. It is 30 miles (approximately 35 minutes) East of Wigan and is easily accessible via the M6 and M56.

Liverpool Airport is the North West base for many low-cost carriers including Ryan Air and EasyJet. It is located 32 miles (approximately 40 minutes) West from Wigan, along the M58 and M57.

For the uninitiated, the two main train stations in Wigan are located on opposite sides of the same road in the Town Centre.

Wigan Wallgate station connects passengers from Liverpool, Leeds, Manchester, Southport, Bolton, Blackburn and Stalybridge amongst other stations. To plan your journey and buy your train tickets online at the Northern website or download the mobile app

The DW Stadium is a casual 20 minute walk, covering 1.06 miles along a well-lit main road and canal towpath.

Alternatively, follow directions to Wigan North Western and hop in a cab outside the main entrance.

Wigan Bus Station is located in the heart of Wigan town centre, around the corner from both Wigan Train Stations along King Street West and then right onto Dorning Street.

With many games being on Friday nights at the DW Stadium fans will need to ensure they get to the train station in good time to avoid missing the last train if travelling by rail.