Sir Bradley Wiggins CBE, who lives locally in Euxton, is a huge Wigan Warriors fan and has been a regular at games with his family when his busy schedule allows.

Among his many accomplishments, Wiggins holds two unique achievements: he is the only cyclist to have won the Tour de France and an Olympic gold medal in the same year and the only person to have won a Grand Tour and a gold medal in Olympic track cycling.

Wiggins has won seven Olympic medals, including four gold, the joint most of any British Olympian and the third most gold medals by a British Olympian, behind Chris Hoy and Steve Redgrave.

He was presented with his life membership at the 2012 End of Season Awards to recognise his sporting achievements which include in 2012 winning the Tour de France and an Olympic Gold Medal in London. 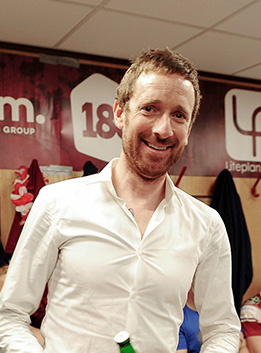