Shaun Wane spent 30 years at Wigan as a player and Coach and became a Life Member when he left the Club at the end of 2018.

After playing 150 games for Wigan between 1981 and 1990, Wane went on to become the Warriors’ longest serving coach in Super League history and fifth longest of all time.

In his eight years as Head Coach, he won three Super League titles, one World Club Challenge, one Challenge Cup and one League Leaders’ Shield. 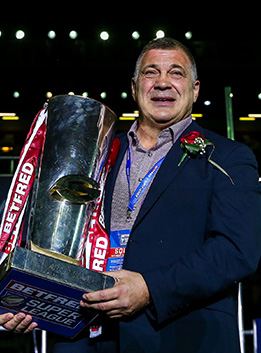