Matty Bowen joined Wigan in 2014 as a replacement for the departing full-back Sam Tomkins.

The Australian went on to play for the Warriors in the 2014 World Club Challenge down under against Sydney Roosters, as well as the 2014 and 2015 Super League Grand Finals. 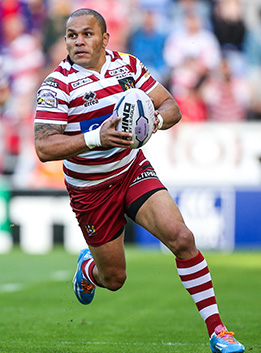