He went on to win four Great Britain caps and played a big part in Wigan’s Challenge Cup win over Bradford in 1948. Following his retirement, Martin went on to become a Director at the Club and continued to support Wigan for many years. 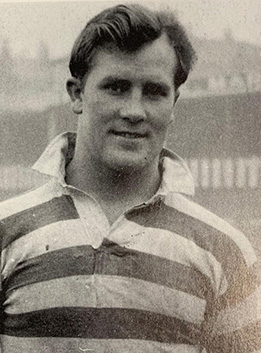