Mark Bitcon joined his hometown Club from rugby union in 2009 and spent nine years as Director of Performance for the Warriors first team.

After announcing he would leave the Club at the end of the year, he was awarded Wigan Life Member at the 2018 End of Season Dinner Awards for his services to the game. 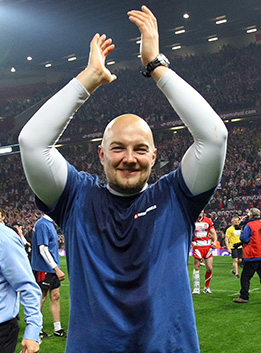