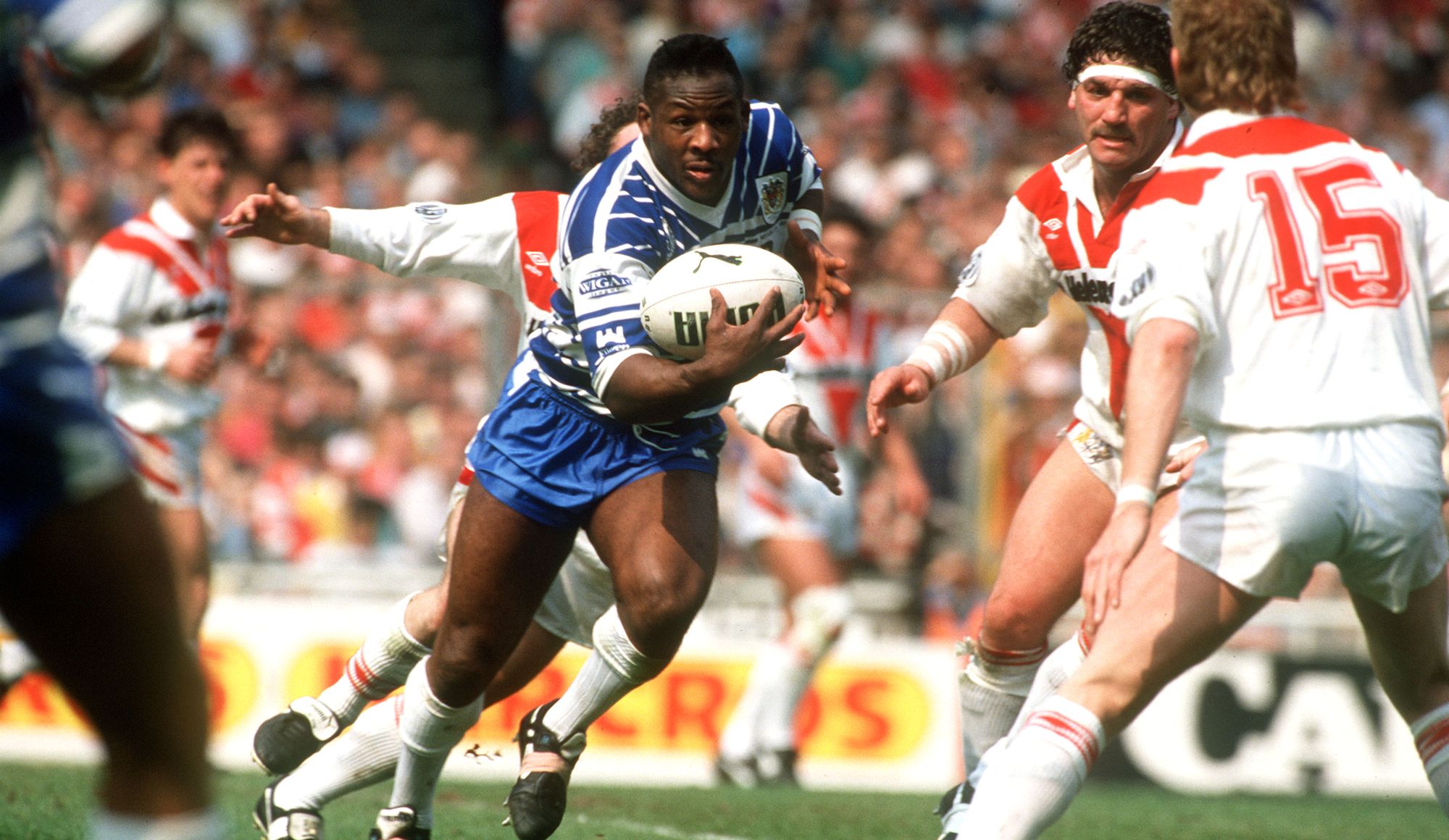 Ellery Hanley was a loose forward who signed for Wigan from Bradford Northern in 1985 for £150,000.

He made 204 appearances in six seasons with the Cherry and Whites, scoring 189 tries and 776 points.

In January 1990, he was honoured by the Queen for his services to the game, which added to his achievements at Wigan, including a World Club Challenge medal, four Challenge Cup winners medals, three Championship medals and four Lancashire Cup winners medals, as well as the prestigious Man of Steel award on two occasions. 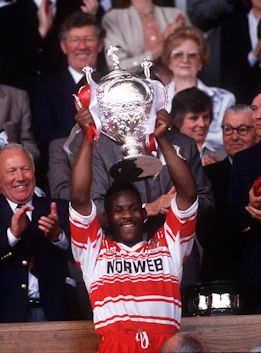