Brian McTigue was one of the legendary Wigan forwards, spending 15 years with the Club and making 422 appearances.

He signed for ‘The Riversiders’ from the Giants Hall Colliery and played in all four of Wigan’s visit to Wembley during the 1960’s, claiming his third Challenge Cup winners medal in the win over Hunslet in 1965. 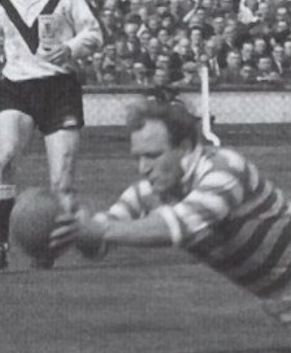