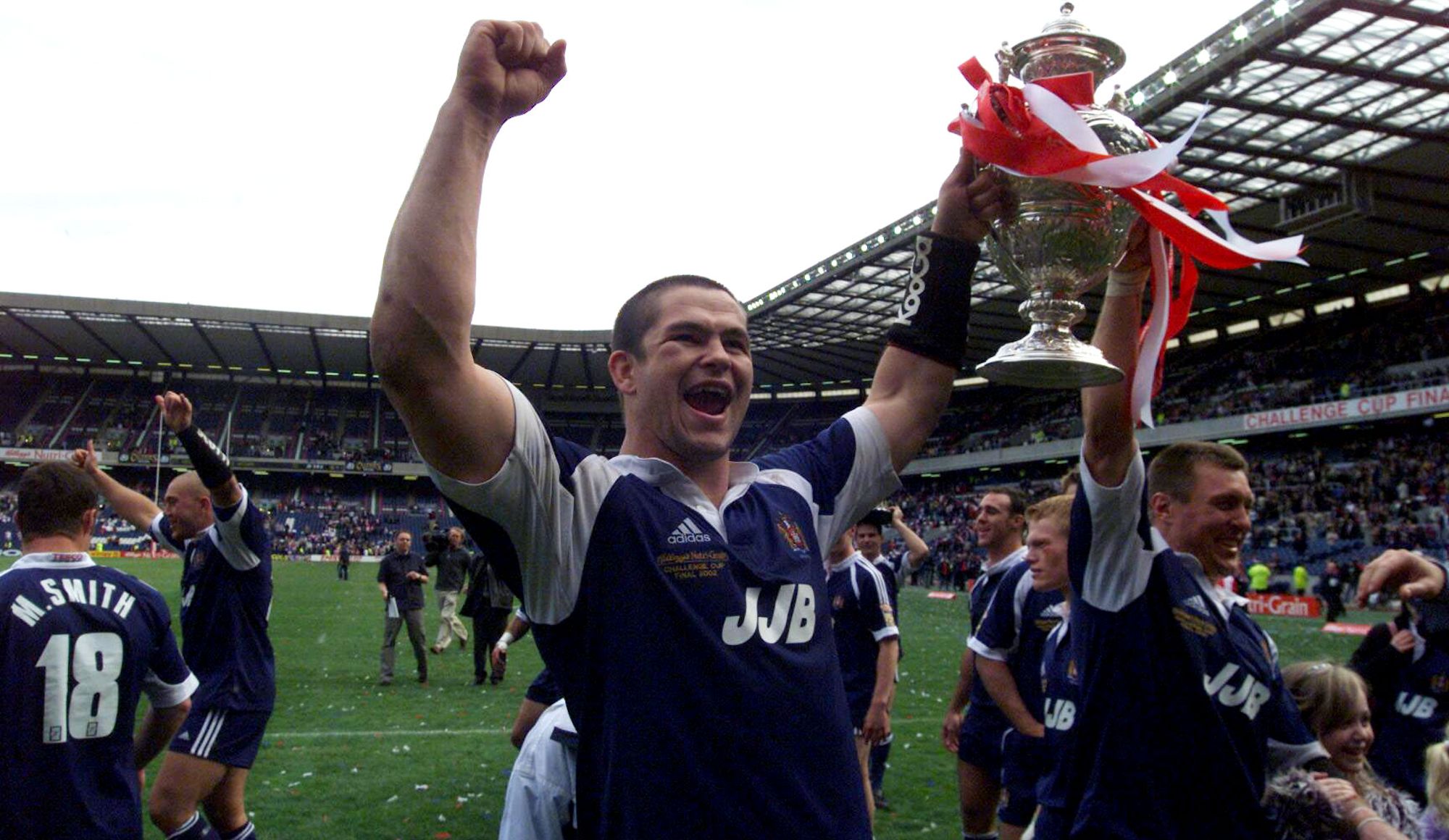 The word Warrior just about sums Andy Farrell up. A superb athlete and one of the best forwards the Club has ever produced, Farrell made his debut at the age of just 16 after signing with the Club from Orrell St James ARLFC.

Farrell, who played at loose forward, second row, stand off and prop during his time at the Club, went on to win six League Championships, four Challenge Cups, one World Club Challenge and four Premiership Trophy’s.

A regular in the Super League dream team, Farrell also won the Man of Steel Award twice and the Golden Boot in his final year at the Club. He also holds the record for the most points in a Super League season with 388 in 2001; this record was equalled in 2010 by former Wigan winger Pat Richards.

Farrell’s leadership skills saw him captain both Club and country for over eight years. He made 11 appearances for England and 34 for Great Britain. 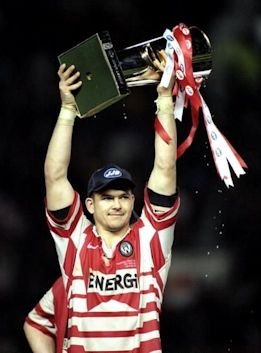