An experienced prop forward who joined Wigan on a three-year deal in 2020. 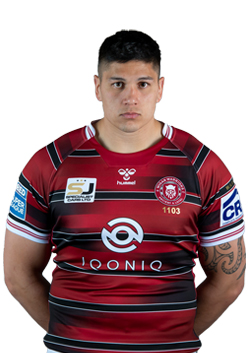