A 6ft 5 youngster who joined Wigan on a four-year deal in 2020 and is studying at University whilst playing for the Cherry and Whites. 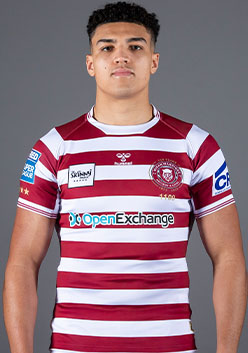