A former outside back in the Wigan Academy, Bullock returned to the Club in 2019 and has played 39 games overall in the first team. 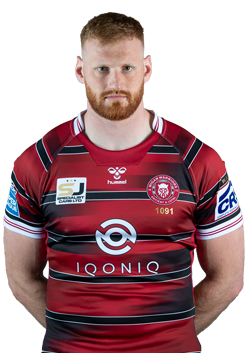