Highly rated by England Knights Assistant Coach Paul Sculthorpe who said “I’ve followed Harvie’s progress for a number of years and he definitely earned the right to be part of the Knights programme.” Harvie was one of seven debutants in the Betfred Super League game at Hull KR in August 2022. 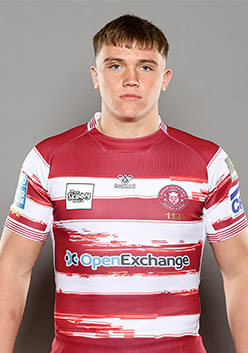