Having progressed through Wigan’s Academy system and spending time on loan at Widnes in 2021 so far, Brad O’Neill is a new addition to the Wigan Warriors first team squad with the No.34 shirt. 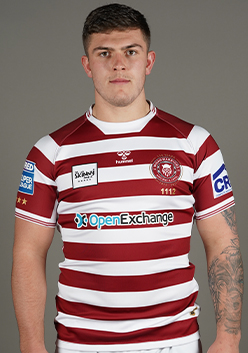