Tom Fitzpatrick has a number of different roles working for the first team, including welfare manager, strength & conditioning coach and Covid-19 officer.

Fitzpatrick has been at Wigan for over eight years. He spent six years working with the Club’s Academy system before moving to the first team in 2018. During that time, he gained a BSc and MSc in strength & conditioning from the Club’s partner university, UCLan.

His time in the Club’s Academy was spent as head of Scholarship strength & conditioning and assisting with the Academy and Reserve teams. Fitzpatrick moved to work with the first team in 2018 as a strength and conditioning coach.

In 2019, he also took over as head of player welfare at the Club, which involves looking after the players’ mental wellbeing, helping to plan for life after rugby and educational needs.

At the 2020 end of season awards, he was awarded Clubman of the year – an award for somebody who has gone the extra mile, the unsung hero of the season. In what has been a really difficult year to navigate both on and off the field, the award was presented to Fitzpatrick, who had picked up the responsibility of Covid-19 officer when the pandemic struck. His tireless efforts ensuring and enforcing the correct protocols within the Club, and ultimately keeping the team and staff safe, made him a worthy winner. 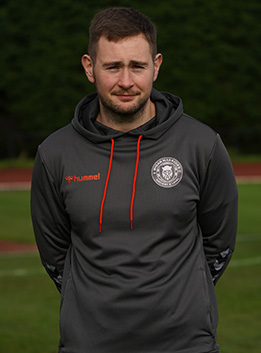