A legend of the Wigan Club, Kris Radlinski was appointed onto the Club’s board of directors in October 2014.

A one-club man, Radlinski played 322 times for the Warriors, scoring 183 tries between 1993 and 2006. He also represented England and Great Britain and was given an MBE in 2007.

He was appointed to the role of rugby general manager in 2010 operating alongside then head coach Michael Maguire, and his coaching team providing an important link between the performance department and other sections of the Club.

Radlinski is now the Club’s executive director and works closely with chairman Ian Lenagan, ensuring that high standards of player coaching, performance and discipline are implemented consistently across the Club. 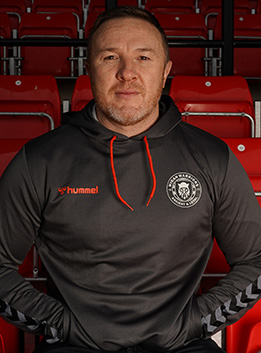