John Winder joined the Warriors coaching staff in 2011 as head of youth after spending three years with Melbourne Storm in a community and coaching position.

A former service area coach and Wigan Warriors development manager, Winder guided Wigan Warriors Under-19s to Grand Final success in 2013 and has played a vital role in helping so many young players move on into the first team.

He was promoted to the position of junior assistant coach in 2014 and worked alongside Paul Deacon and Shaun Wane, using his strengths in developing players and fulfilling his passion for nurturing home grown talent right through to the top level of Super League.

He is now assistant coach to Adrian Lam for the first team. 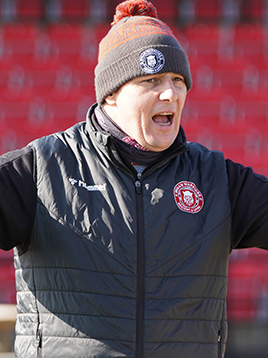