Jack Stopford has worked at Wigan Warriors for almost seven years – working as a physio for the Scholarship team, Academy and now first team as head physiotherapist.

After graduating from the University of Liverpool with a BSc degree in Physiotherapy, Stopford started his career working within the NHS as a senior MSK physiotherapist.

He then joined Wigan in 2014 and started as the lead physio for the Scholarship team before progressing through to head academy physio.

Stopford progressed to assistant first team physio in 2017 and then midway through the 2020 season he became head physiotherapist for the Club.

He is also currently completing a part time MSc in Sports Medicine at the University of Central Lancashire. 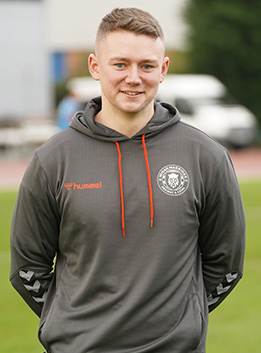