After working as the head of strength and conditioning for both the Women’s team and Academy side, Darren Marsh is now Wigan’s first team nutritionist.

Previous to working in Rugby League, Marsh spent over eight years in and around different professional sports like boxing, MMA, tennis and football.

In 2017, he joined Wigan as rugby engagement officer for the Community Foundation. In the same year, he worked as a strength and conditioning coach for the British Army Rugby team on the tour of Australia.

A year later, he became head of strength and conditioning for the Warriors Women in their inaugural Super League season, where they won the Grand Final.

This year sees Marsh as the first team’s sport scientist and nutritionist. He has an MSc in Sports Nutrition and his current role includes providing the players with nutrition support and making sure players are optimally hydrated during and after training. He also provides nutritional education to the Scholarship and Academy squads. Relating to sport science, Marsh takes charge of the GPS, which tracks each players’ movement throughout a session or game, providing coaches with useful data – not only about the session or game but also individual player statistics. 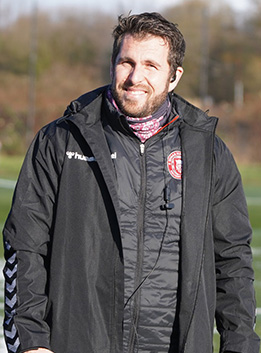