After being part of the first team coaching staff in 2020, former Wigan winger Darrell Goulding now oversees the youth development at the Club.

After learning his trade as an assistant coach for the Academy, Goulding became the head coach for two years and won the Under-19s Grand Final in both 2018 and 2019.

He has since coached the Reserves team and managed the younger players in the first team squad and their progression.

Now in his new role as head of youth, Goulding manages players progression and pathways from entering the Club at Scholarship level to becoming a first team player. 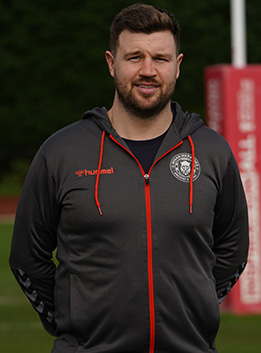