A former Warrior, Adrian Lam has steeped himself in Cherry and White folklore after making 119 appearances between 2001 and 2004, scoring 44 tries as a half back.

He has also played for Sydney Roosters and represented Papua New Guinea and Queensland.

Lam returned to Wigan in October 2018 to replace Shaun Wane as head coach.

In 2020, he guided Wigan to its first League Leaders’ Shield in eight years, was named the Betfred Super League Coach of the Year and led the Club into its 11th Grand Final and an amazing match against St Helens at the culmination of a very difficult season for Rugby League and all sports due to the Covid-19 pandemic. In that stunning Grand Final, Lam became the first person in Super League to have both played for and been the head coach of the same team in Grand Finals.

At the end of the campaign, Lam signed a one-year extension to stay on as head coach for the 2021 season. Having been Wigan boss for two years, he now leads an even stronger Wigan Warriors squad into 2021 with the intention and opportunity to win major trophies in his third year. 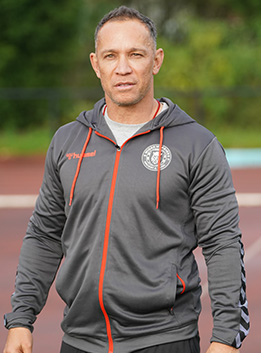