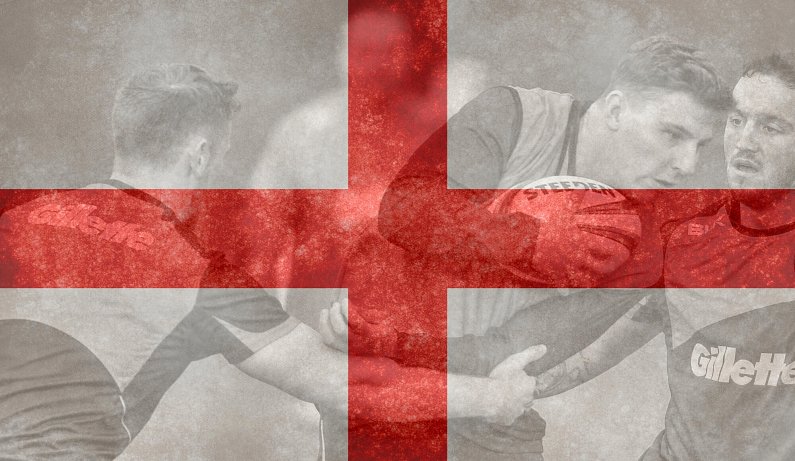 The loss last weekend against New Zealand hit us hard in camp and it was tough for me afterwards with it being my first defeat while representing England. Both sides’ defences were on top form with only one try being scored by either team. The rest of the boys and I were disappointed that we didn’t manage to cross the whitewash because I think we have a good attacking style to our play and some of the moves we have worked on in training the past few weeks just weren’t coming off as well as we would have liked. However, I’ll give credit where credit is due, the Kiwis were the better side and they fully deserved the win.

I wasn’t happy with my performance but I’m determined to make that right this week if I get selected. I was gutted after the game knowing I hadn’t performed as well as I can. I’ve had a few chats with the coaching staff at England this week about where and why I went wrong and now I am aiming to get back to my best as quickly as possible.

We all reviewed the game on Monday and we know what we need to put right and how we can secure the series win so it is just a matter of putting words into action now. It’s nothing massive we have to improve on, just little things than can make all the difference sometimes.

I am back home at the moment catching up with my family and girlfriend. They have been really supportive of me so far and being home means I get to see Floyd! My little French Bulldog never fails to crack me up so it will be good to have some chill time.

I’m looking forward to being back at the DW this weekend! There probably isn’t a better feeling than playing for your country in front of a sell-out crowd in your hometown. There has been a lot of talk in training and the camp about how everyone is buzzing for the game. It is the decider of the series and it is going to be beltin’. The atmosphere is always great for big games at the DW but it will be something else come kick-off.

Finally, I would like to send my congratulations to Rocky (Ryan Hampshire) on his new deal with the Wigan Club. It’s great for him, he has huge potential and he’s been given a good opportunity to get game time under his belt while out on loan at Castleford.

Hope to see many of you at the DW this weekend!