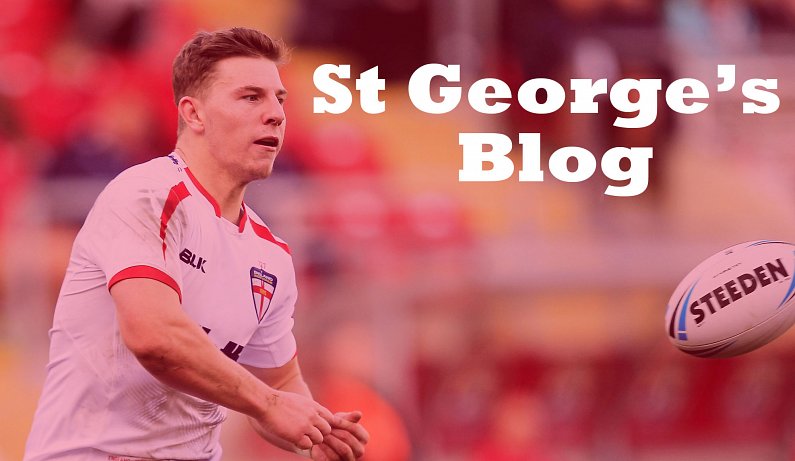 Hope everyone enjoyed the win over Scotland last weekend!

To say I was happy would be an understatement that I got given the chance to play by Wayne Bennett and I was absolutely over the moon to be awarded man of the match.

It is always nice to play for your country and it is something that I do not take for granted. It is a special achievement each time I play for England.

We weren’t so good in the first half but it turned out a decent win in the end.

Wayne Bennett said he was disappointed in the changing rooms at half-time but we knew we could have done much better too.

We came out in a good frame of mind in the second-half and got what we wanted in the end through our desire and determination which was pleasing.

In my opinion, we undersold ourselves but fair play to Scotland; they came out pretty well and started fast. They tested us at times and we didn’t underestimate them but we lacked a bit of enthusiasm early on and it showed a couple of times because they burned us by scoring a few good tries.

Playing against one of my best mates Lewis Tierney at professional level was great! It was good because it was something that we hadn’t done for quite a while and we had a laugh about it afterwards.

I hope I did enough to nail down a spot in the team this weekend but I really don’t know. I am just going to put extra work in this week in training and see what Wayne wants. I can only do my best and see what he thinks.

The Ricoh Arena is an awesome venue and it was actually a lot bigger than what I originally thought it was. There were good numbers for both games in the double-header and the atmosphere was really good and overall, I think it was a fantastic occasion for international rugby league.

Onto this week now though and what a tough test it will be against Australia.

The Aussies are probably the best side in the world at the minute and they have got some world class players so if I do get the nod then it would be a great chance for me to test myself against the best.

I don’t see why we can’t reach the final though. If we play to our capabilities then we can beat anyone on our day…

There were still some tickets available left last time I checked for my family so get yours quick and play your part in our Wall of White! Hope to see some Cherry and Whites shirts at the London Stadium on Saturday! I’m off to training now so speak soon, George