Every day we are asking Wigan Warriors fans to get involved in challenges to enjoy at home.

The #WarriorsAtHome campaign is primarily driven via our Twitter channel, as we’ve created a series of daily challenges to give our loyal fans something new to get involved with each day. All the frontline heroes and key workers who are working to keep everyone safe in these difficult times are also encouraged to get involved.

Every morning, we’re going to set our fans a new daily task and we’re asking you to respond with a photo or video to show how you’ve interpreted our idea. We will then judge the most creative or uplifting entrant, who will proclaim that day’s winner.

Today’s challenge (Friday 17th April) is Warriors Workout! Missing the daily routine of going to the gym? We want to find out what Wigan fans are doing to exercise and keep fit and healthy during these unprecedented times. What have you been doing to look after yourself and your body? It may be going out for a run, a walk, setting up your own gym at home or having your own personalised circuit in your garden. It could also be a drills circuit including a rugby ball or even a daily routine of running a certain amount of laps around your garden… just like 99-year-old war veteran Captain Tom Moore did as he completed 100 laps around his garden and raised more than £15 million for the NHS!

Make sure to make it Warriors-themed too, wearing your Wigan shirts and showing off the Cherry and White colours!

Tell us what you’ve been up to via Twitter and @WiganWarriorsRL with the hashtags #WarriorsAtHome and #WarriorsWorkout for the chance to feature on our social media channels! 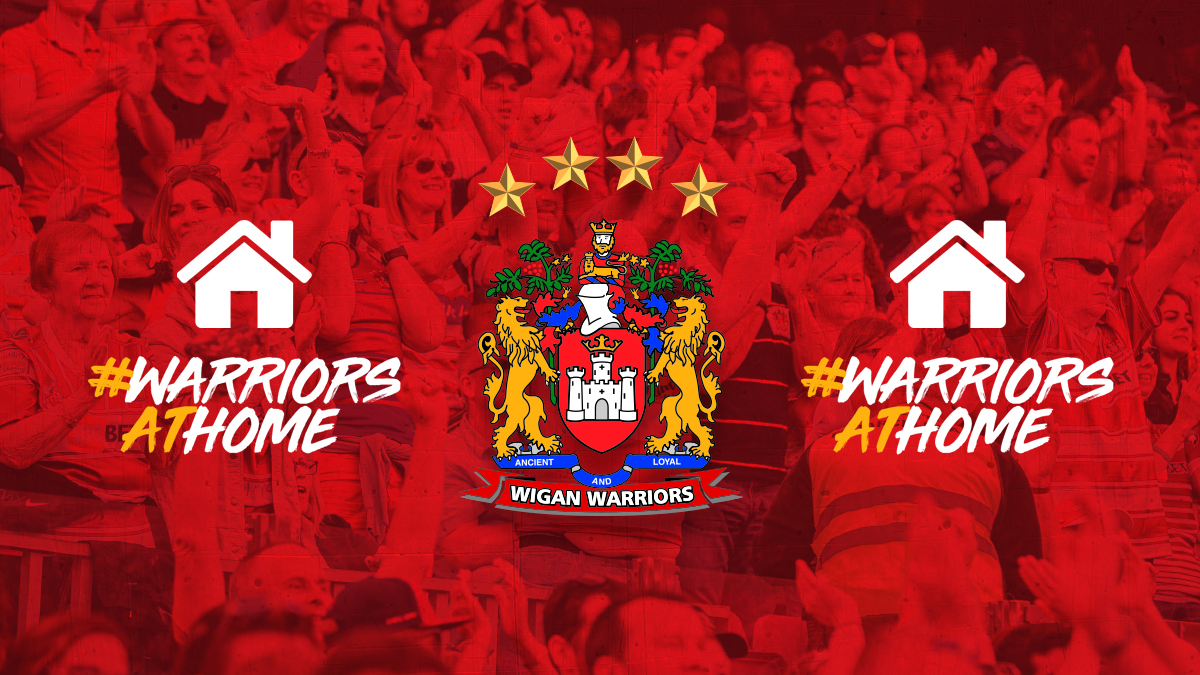