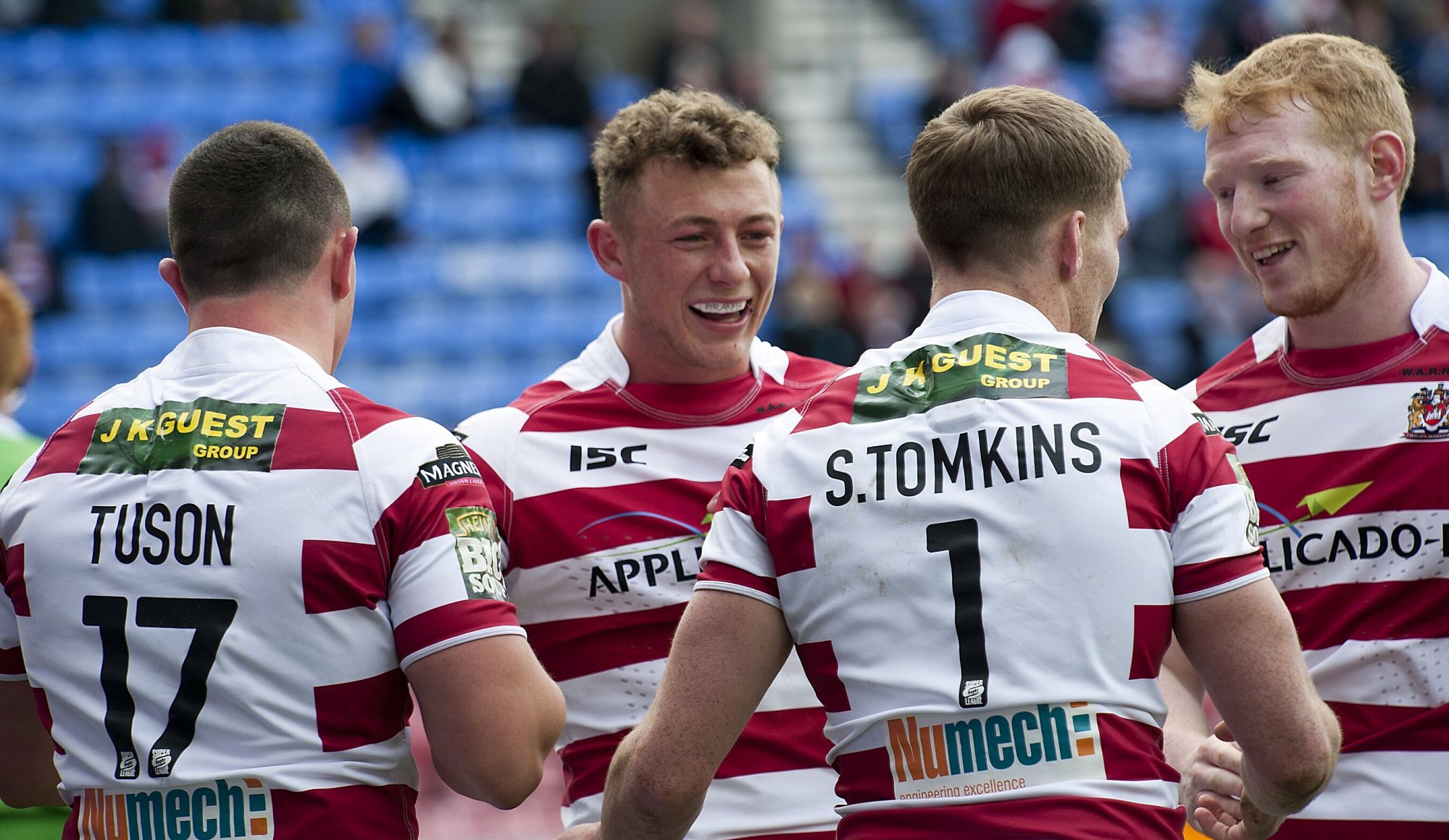 On this day (15th April 2012) the Warriors produced a stunning display as they beat North Wales Crusaders 98-4 in the Challenge Cup.

Sam Tomkins was amongst the scorers as the full-back went over six times, while Liam Farrell grabbed a hat-trick.

After just three minutes, Ryan King opened the scoring with the first of two tries on his debut for the Club.

Tomkins was soon on hand to get his first two of the afternoon, before Charnley went over as well.

Farrell added his name to the scoresheet just before the half hour mark, while Tomkins added his third and fourth in the space of two minutes.

Joe Mellor rounded off the half with Wigan’s ninth try of the game, as they went into the break leading 48-0.

They continued where they left off in the second half, as Charnley went over for his second a minute after the restart.

Chris Tuson and Paul Prescott both added their name to the growing list of scorers before the hour mark, while Farrell added two more tries to compete his hat-trick.

Tomkins was also still amongst the action, claiming his fifth and sixth, whilst his younger brother Logan went over too in the 66th-minute.

Dom Crosby rounded off the scoring for Wigan. Owain Brown did get a late consolation for the visitors as the game ended 98-4.