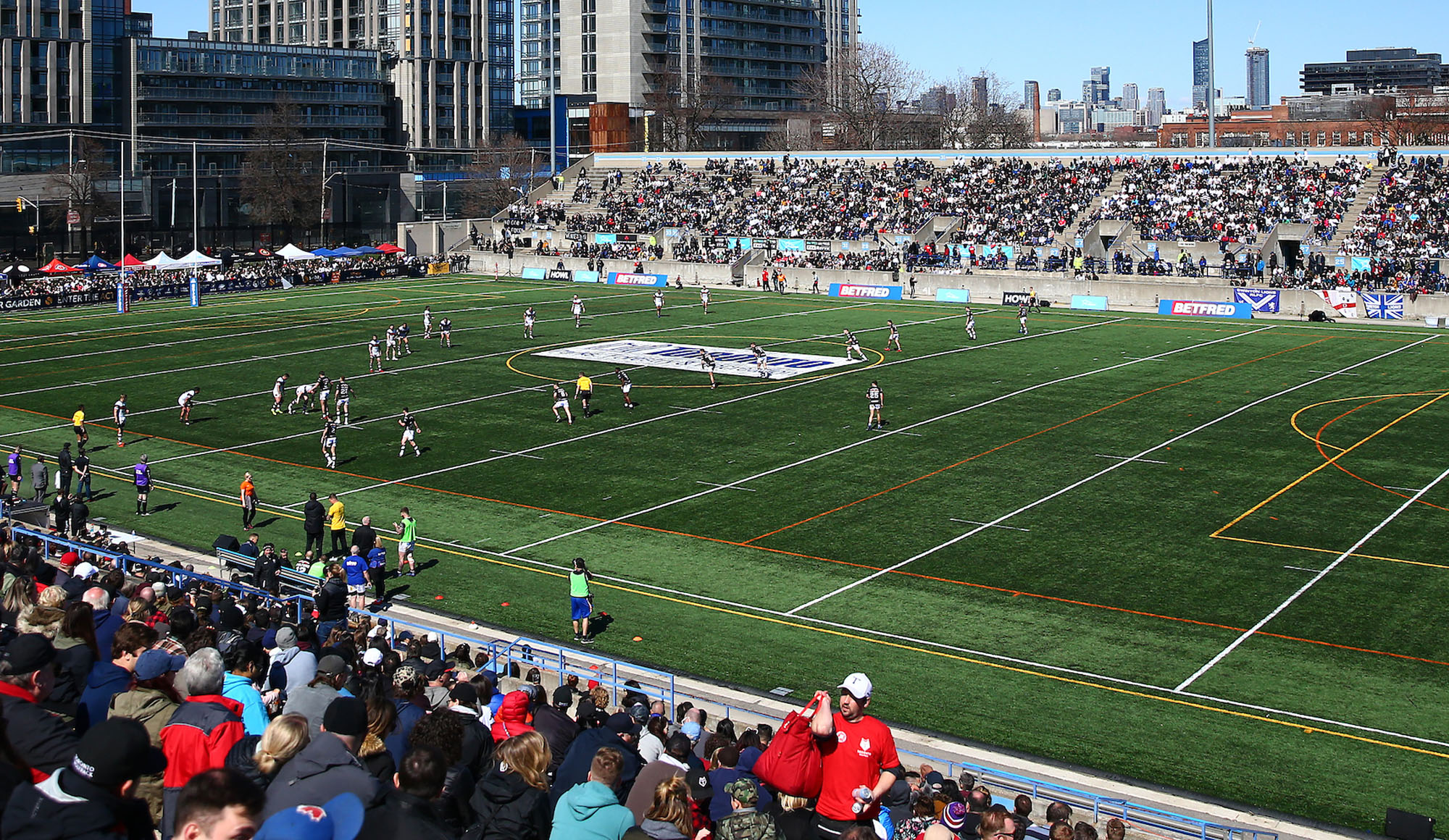 Toronto Wolfpack have issued advice to Wigan Warriors supporters and fans of other Super League clubs whose planned trips to Canada over the course of the next month have now been postponed. This afternoon, we have received the following update from our trans-Atlantic opponents…

As we are all aware, the 2020 Super League is currently suspended to help tackle the growing COVID-19 pandemic. Over the next few months transatlantic flights between Canada and the UK will remain grounded, restrictions on entry to Canada are in place and major City of Toronto public events have been temporarily cancelled.

Toronto Wolfpack can now issue the following update on the team’s 2020 schedule and ticketing.

The Wolfpack are in daily consultation with the RFL, Super League and all clubs around the completion of the 2020 season, while also considering government healthcare guidance. The RFL are currently building up a number of fixture remodelling schedules based around an extended season, which maintains all Super League and Challenge Cup games.

Toronto Wolfpack’s home games scheduled for Saturday April 18 (vs Hull FC), Saturday April 25 (vs Wigan Warriors) and Saturday May 2 (vs St Helens) will unfortunately no longer take place on those dates. The Club hopes that these three games can still take place in Toronto as part of a remodelled schedule.

In the event that the games do not take place in Toronto, or ticket buyers cannot attend a rescheduled game, the following ticket refund policies will apply.

Should any of the 11 games scheduled at Lamport Stadium be cancelled then all ticket buyers, including fans from the UK, will receive an automatic refund. This will happen once the remodelled schedule is released, and confirms individual games, if any, as not taking place in Toronto.

If any of the 11 games are postponed and re-scheduled to be played at a later date at Lamport Stadium, then tickets will be valid on the rearranged date. In the event that any fan is unable to attend the game then can receive a refund by request, including fans from the UK who may not be able to travel on an alternative date.

The Wolfpack would like to thank ticket buyers for their patience and understanding at this time, and invite fans with further questions to email [email protected]

NB: As all tickets for this game were sold directly via Toronto Wolfpack, please contact their ticketing team via the email address above, rather than the DW Stadium Ticket Office if you have any queries relating to this fixture.