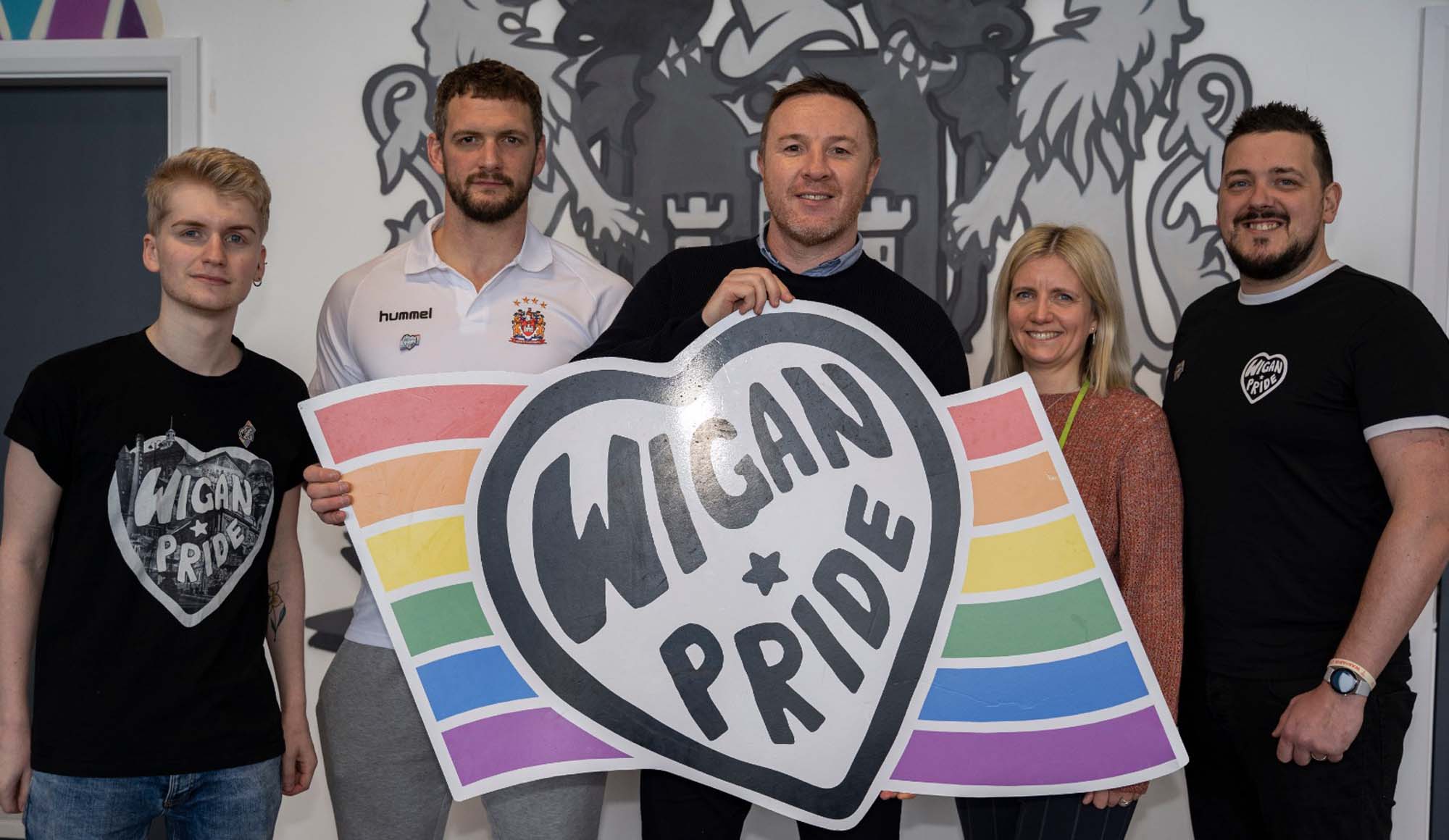 Wigan Warriors are delighted to announce that they have partnered with Wigan Pride for the Club’s Pride Day game vs Catalans Dragons on Sunday 22nd March at the DW Stadium.

Wigan Pride is the Borough’s annual celebration of equality and inclusion which is set to return once again in August 2020 in what will be the event’s fifth successive year since 2016.

Wigan Warriors executive director, Kris Radlinski: “Wigan Pride is a family friendly event that has become a date in the calendar for our community. It promotes an acceptance of diversity and encourages kindness to others; respects and celebrates people’s differences and wants to bring the whole community together – something that we’re trying to replicate of our very own Pride Day against Catalans Dragons on Sunday 22nd March.

“By teaming up with Wigan Pride we have the perfect partner to help deliver a day of celebration and we’re looking forward to building a lasting relationship of support.”

Wigan Warriors club captain, Sean O’Loughlin: “As a playing group we are delighted to be a part in supporting Wigan Pride and the wider LGBTQ+ community. Rugby League is based on the values of respect and acceptance and as a Wiganer, I’m glad that we can use this game as an opportunity to celebrate the work of Wigan Pride in the wider-community.”

Dan Bonney, spokesperson for Wigan Pride Committee: “It’s fantastic that Wigan Warriors are holding a Pride Day and we’re honoured and excited to be supporting it.

“Thanks to Wigan Warriors for taking the step to promote and celebrate equality for all.”

Councillor Paula Wakefield, Lead Member for Equalities and Domestic Abuse: “As a key supporter of Wigan Pride, Wigan Council are proud that Wigan Warriors are holding this event.

“So much has been achieved in terms of rights for LGBTQ+ people over the years but there is so much still to do both here and internationally.

“This is a strong statement that will show the world how much the Club and Wigan Borough values equality and kindness.”

The Warriors are partnering with some influential groups and individuals within the LGBTQ+ community to create a visual spectacle on the day with a plan for a lasting legacy.

A number of LGBTQ+ support groups will be attending the game to create an interactive information village around the stadium, while there will be a ‘mini Pride festival’ feel to the matchday entertainment, which will include a performance from the engaging Gay Gordons dance group.

Supporters are also being urged to add to the festival feel by adding rainbow flags or colours to their attire on the day, creating a sea of cherry and white alongside the iconic rainbow design that is synonymous with Pride events.

Among the rainbow items being made available ahead of the game are the specially themed multicolour socks that will be worn by the Wigan players on the day. The design for the socks will be unveiled in the build-up to the game, when they will also be made available to pre-order, with a cut of the proceeds supporting this year’s Wigan Pride festival.