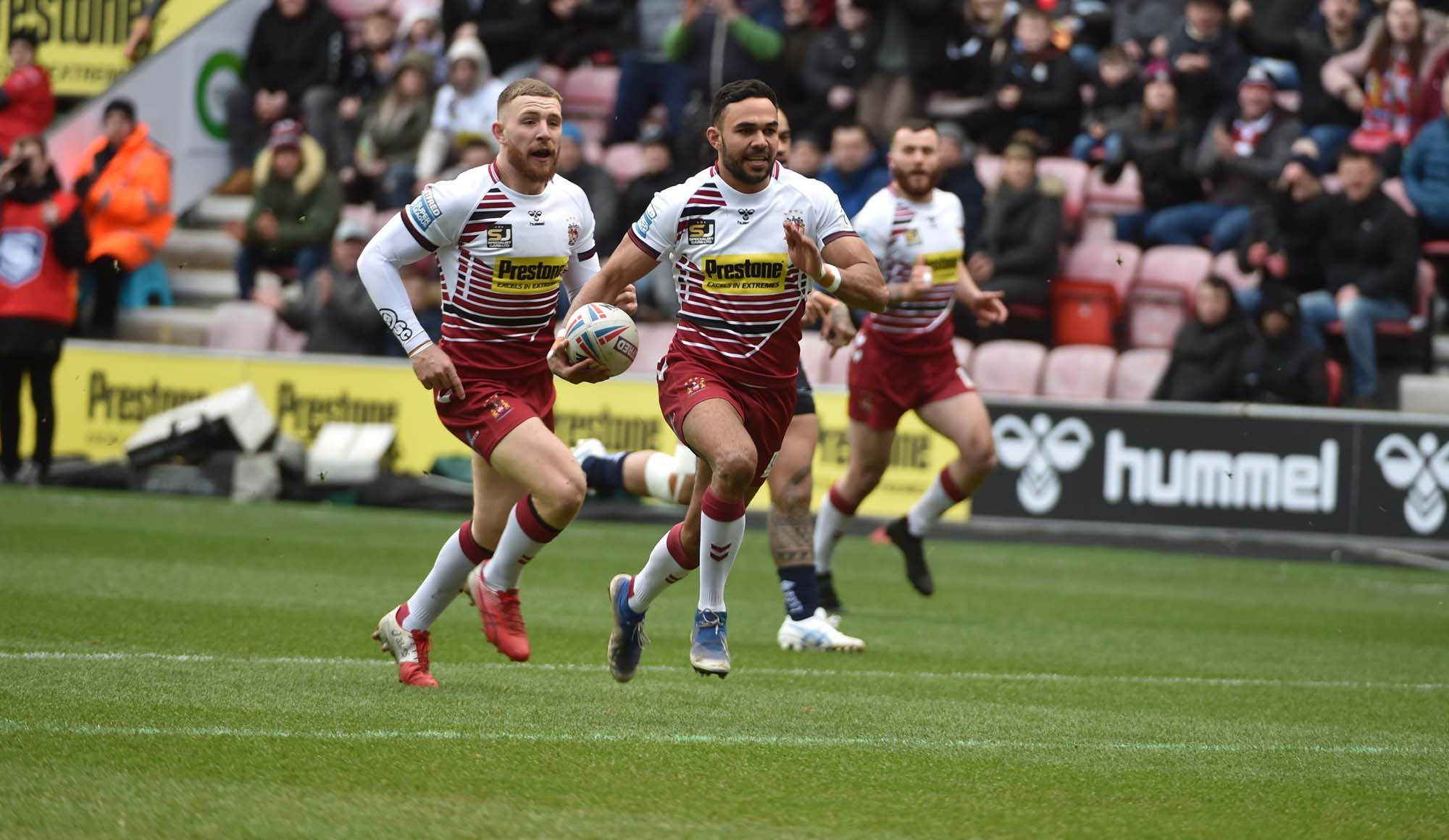 Dom Manfredi made a try-scoring return as Wigan Warriors beat Hull FC 26-12 at the DW Stadium.

After an extended time on the side lines, the winger returned to help his side secure their third victory of the season.

Jackson Hastings was also on the scoresheet, as the scrum-half registered his first try for the club, whilst Bevan French continued his strong scoring form for the club and Willie Isa got his first of the season.

The deadlock was broken after only three minutes of play, as space opened up for the Warriors, with Liam Farrell opening up the space before assisting French for his fourth try of the season.

Zak Hardaker was on hand to add the extras, to make it 6-0.

The centre then added another two points on the 15-minute mark, as he successfully converted a penalty to extends Wigan’s advantage.

As Wigan looked to get their second, a misplaced pass high up the filed allowed the visitors back into the game, as Lee Radford’s side made a quick break down field, with Adam Swift using his pace to go over.

Marc Sneyd successfully kicked the conversion to make it 8-6 after 27 minutes.

With ten minutes of the first half remaining, Hull levelled the scores as Sneyd successfully kicked again, this time from a penalty.

Just before the break, both players had their numbers reduced, as Josh Griffin and Liam Farrell were sent to the sin-bin after an altercation.

From the incident that caused the clash, Wigan were awarded a penalty, which Hardaker made no mistake with to give his side a 10-8 half time lead.

Five minutes into the second half, the Warriors extended their lead, as Dom Manfredi marked his return to the first team with a try in the right corner.

On the hour mark, Lam’s side added another, as Jackson Hastings forced way through to get his first try for the club.

After missing the previous conversion, Hardaker made no mistake with this one as he made it 20-8.

With 13 minutes left on the clock, the game was put beyond all doubt, as Willie Isa capitalised on Hull FC mistake to add his name to the scoresheet to extend the lead further.

The visitors were able to pull back a late try, as Josh Griffin sprinted through to score in the 74th minute, but it proved to be nothing more than a consolation as the Warriors saw out a 26-12 victory. 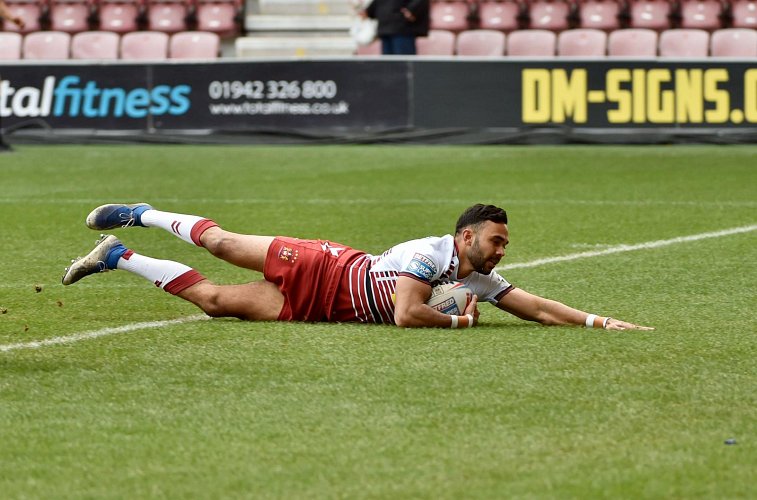 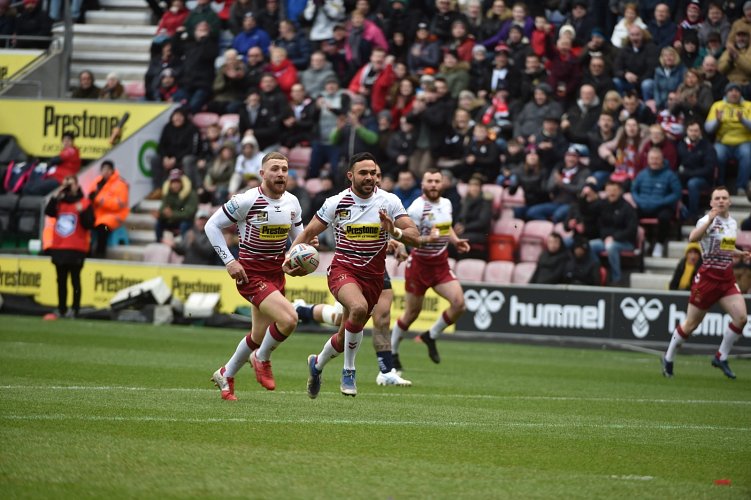 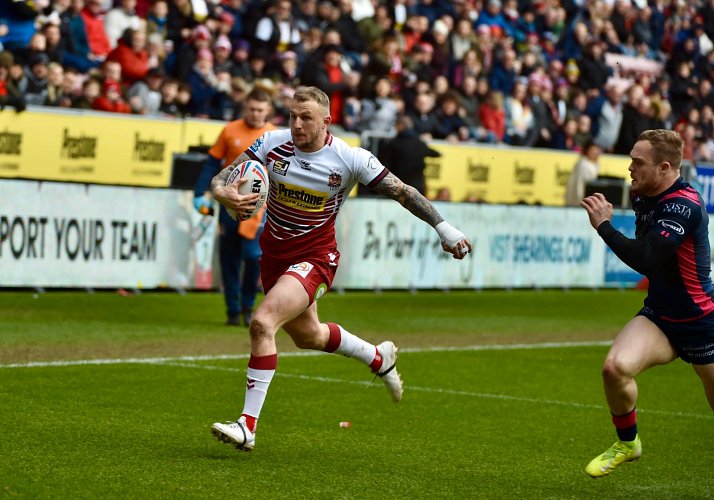 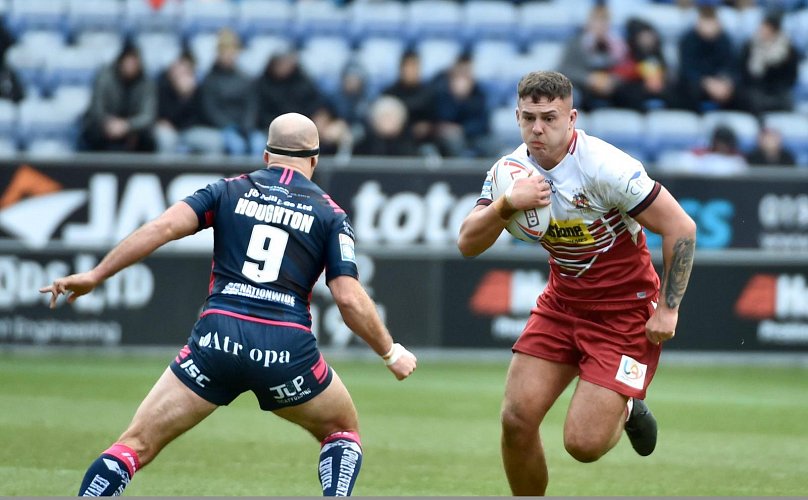 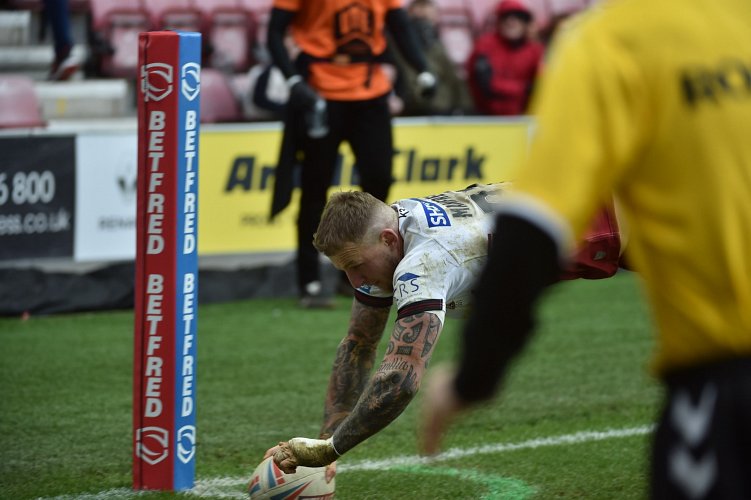 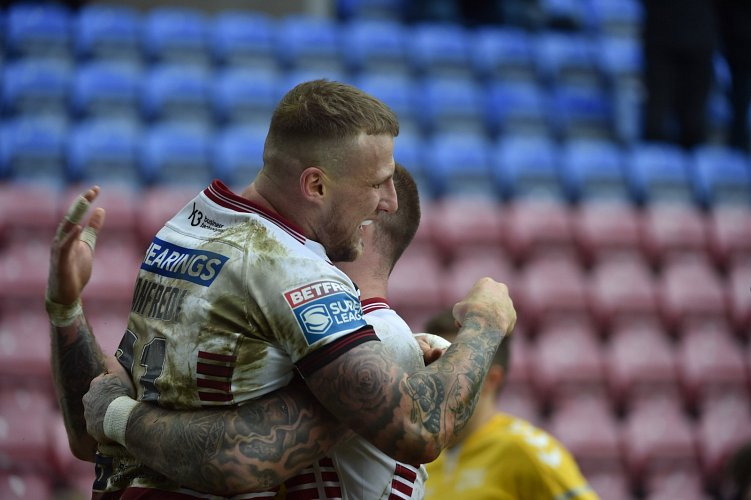 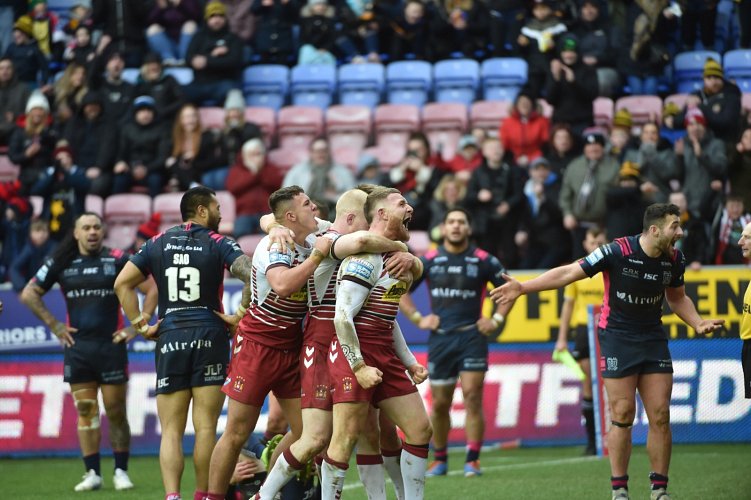 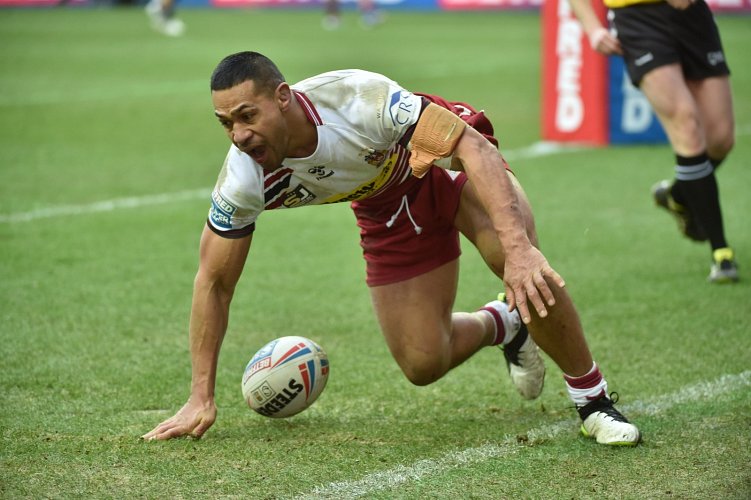