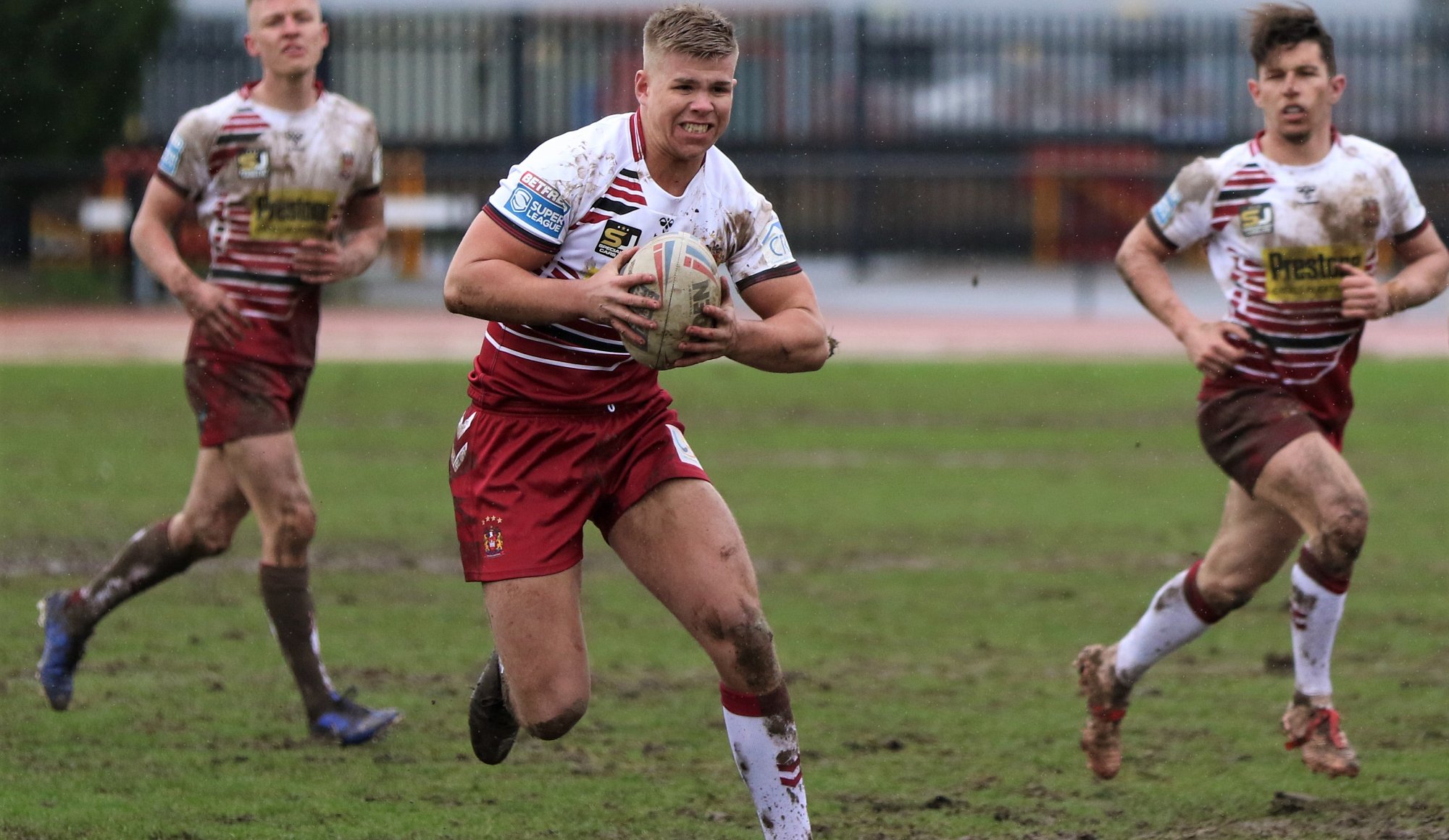 After Friday’s announcement of six Wigan Warriors youngsters being named in the England National Academy Performance Squad, Under-18s Head Coach Shane Eccles says it is a chance for the future stars to progress further in their development in a different environment.

Eccles said: “It’s fantastic for us as a club to have young players being identified as performing at a high level and being selected into the England Academy squad. It is recognition and reward for the players work so far. We have had a number of young players make the England squad in previous years and it provides a different challenge for them in a different environment.

“It’s a great development opportunity for them - to be involved in an international squad working with players from different clubs is definitely going to help each player progress. It is also a different environment from what they are used to on a day-to-day basis and puts them in a different situation, which prepares them for their careers as a rugby players.”

All of those named will be competing for places in the squad that will tour New Zealand and Australia during August and September later this year.

“To be able to go to New Zealand and Australia and test themselves against their peers in those countries would obviously be a great opportunity for them. Hopefully, this is something that can help boost the Academy competition to an even higher standard this season with all players wanting to impress to make the tour squad.”

Squad members will come together for the first time at Weetwood Hall in Leeds on Wednesday 19th February.

Academy Origin matches are scheduled for 13th May and 24th June at Batley and Wakefield respectively, with training sessions taking place at Weetwood throughout the spring and summer. Selection for the four-week tour of New Zealand and Australia, which begins on 10th August, will take place at the end of June.

“I can’t wait to meet up with the squad. It’s going to be a challenge for myself to work with a different group of players in a different environment and a challenge I’m looking forward to. Hopefully, I will learn from the experience and improve myself by working at this level as a coach.”

Eccles added: “It’s a privilege to work with these lads on a day-to-day basis and to see them progress through the different grades to ultimately make Super League and international careers.

“In the last two weeks watching the first team games we have Ethan Havard, Harry Smith and Amir Bourouh who all played in the Academy Grand Final just a few months back and are now getting game time with the first team. As youth coaches and staff at the Club it is great for us to see players progressing into the first team and also getting representative selection.”

Here is the full 43-player squad: