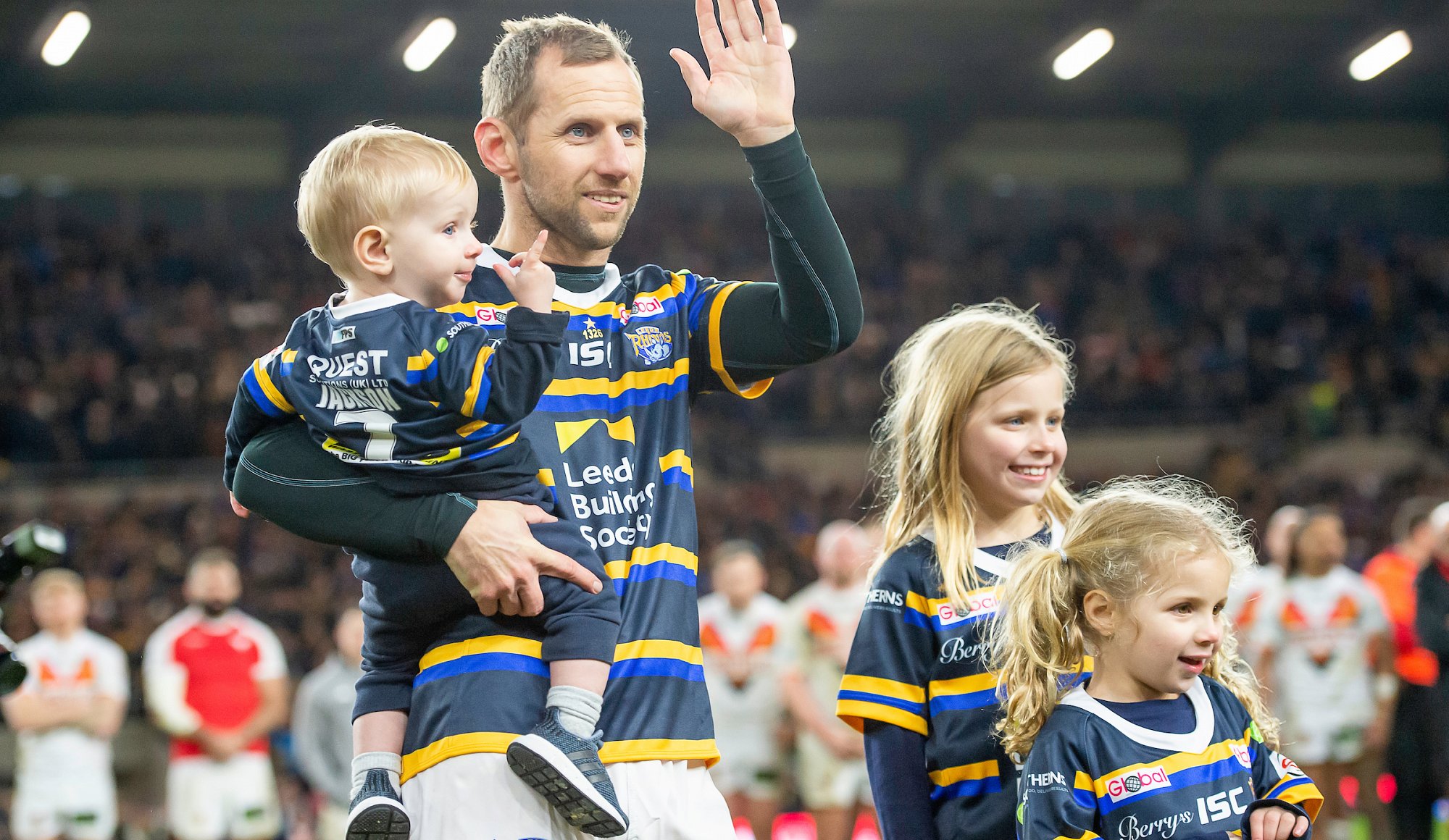 Hardaker and Burgess on Burrow

Both Hardaker and Burgess, who played with Burrow at club and international level, respectively, attended the joint event for Leeds Rhinos legends Jamie Jones-Buchanan’s testimonial and Burrow’s fundraiser match.

Burrow, who was diagnosed with Motor Neurone Disease in December, was supported by over 20,000 spectators, which included ex-teammates and fans from across the rugby league family and he made a special appearance on the pitch in the final five minutes of the pre-season friendly against Bradford Bulls.

Hardaker, who watched from the stands, said: “It was a really nice occasion for Rob and for Jamie Jones himself. Obviously, there were a lot of emotions around the stadium, but it was nice to see that many people turning out to support him.

“To hear him speak and see how far down the line he is, it is really upsetting. I know from being there before that Leeds is a really special club, they have really got behind him and the boys who came through the system together have stuck by him.”

The Warriors full-back praised the rugby league community for its positive response to Burrow’s diagnosis, which has seen more than £268,000 being donated on a funding page to support Burrow in his treatment and his family of a wife and three young children under 8.

Hardaker said: “It always comes together; it is the one thing about the sport that outshines any others. When something does happen, there is a real community about rugby league, everyone supports each other, no matter who it is. The money that has been raised is just great to see and the respect that Rob has been shown these last few weeks is just outstanding.”

Rob Burrow was treated to a standing ovation by a sold-out Headingley as he ran onto the field for the final time as a player.

The Rhinos legend could not hold back the tears as he was welcomed by former team-mates from Leeds' golden era: https://t.co/EudCa6B7s9 pic.twitter.com/cHMQlxRWlw

Hardaker also applauded Burrow for his attitude and the strength he has shown in the last few weeks.

“He is still trying to be his old self - the bubbly, funny and the practical joker; but seeing him from where he was to where he is now is just really upsetting.

“I played with him, car shared with him and we’re from the same town. He is kind-hearted and gentle and all he wants is the best for other people, so its great people are supporting him and his family. He’s up for the challenge, doing the interviews and making people aware; that shows the type of character that he is and he must be super strong to do that.”

"We're not the biggest sport, but we're closely-knit. Thank you so much."@Rob7Burrow joined Brian Carney and @RLBarrieMc10 after today's game. An emotional occasion for all involved: https://t.co/rHsBmd0VEe pic.twitter.com/BsjNcQGSt9

Hardaker’s teammates Burgess was also at the event and was pleased to see fans and players from across the rugby league scale supporting Burrow.

He said: “It was great generosity from Jamie Jones-Buchanan to dedicate the game to Rob, who is going through a really tough time. It is such a sad thing that is happening. It was awesome to see Headingley packed out and everyone getting behind him, it was just nice to be there and see it for myself.

“It is a great thing about our game, when one of our guys go through a tough time everyone helps out where they can. Rob is the nicest bloke you’ll meet. He is a family man who is a great guy with a big heart. He will be up for a big fight with this awful disease and hopefully we can keep working and fighting where we can.”

If you wish to donate to support Rob and his family, please click HERE.