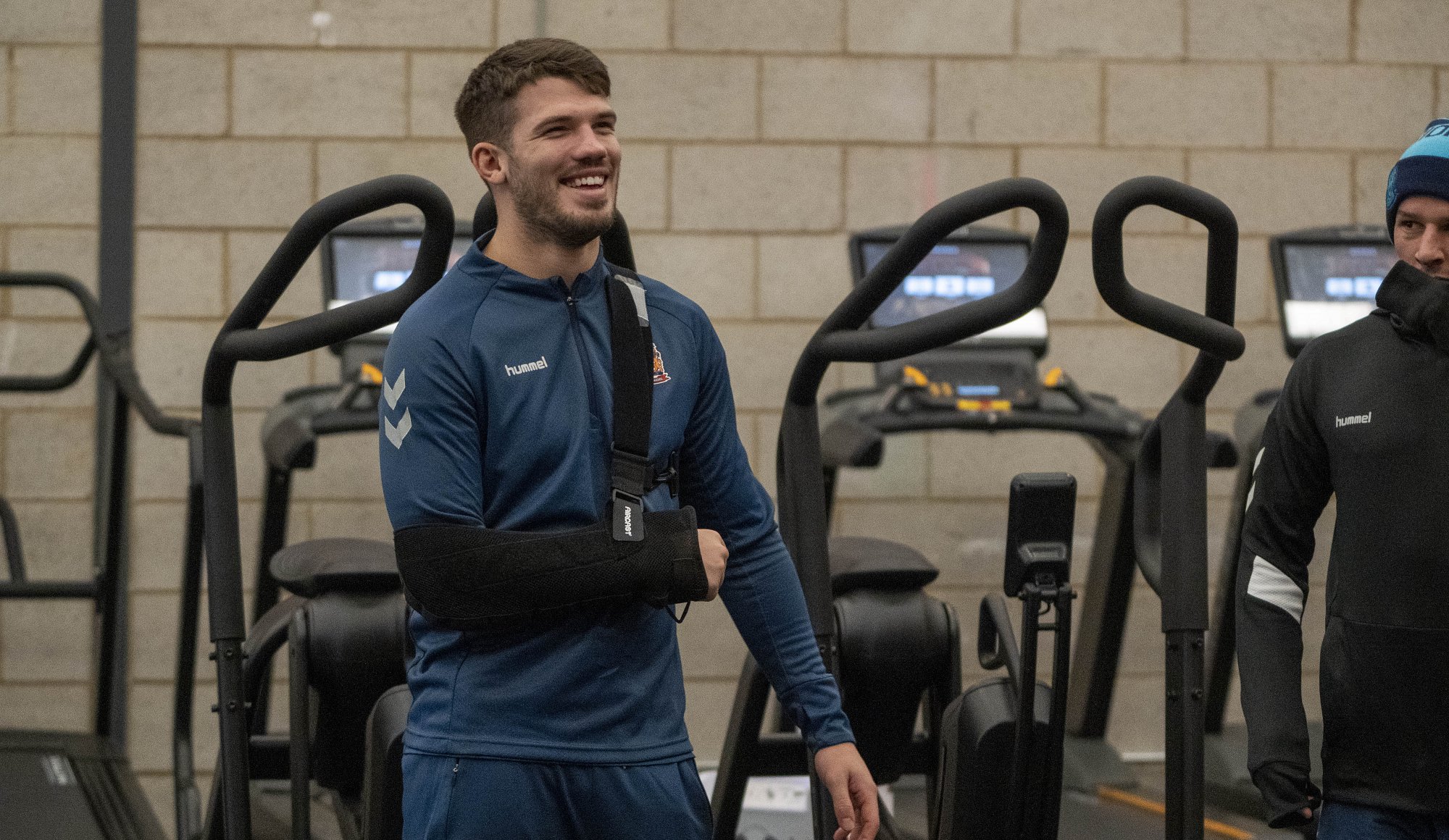 Best I can be: Gildart

Oliver Gildart is hoping to come back ‘better than ever’ as recovers from injury and focuses on returning to the Wigan Warriors squad.

The centre has recently undergone an operation after suffering a dislocated shoulder whilst on Great Britain duty last month.

“It was pretty painful for the week after,” says Gildart. “I was just house bound so it is good to be moving it again and hopefully I can come back stronger, bigger, faster and better than ever.”

Despite returning to Robin Park Arena for some pre-season physio preparation, the 23-year-old is due to be out for five months.

“I hate not playing because at the end of the day this is my job so when it gets taken away by injury it is pretty bad. I’ve not had many where I have been out for this amount of time so it will feel like a long, but I am pretty focussed on getting back to where I was last year.”

He continues, “I feel like I was playing some good rugby last year, so hopefully I can be the best I can be and be the centre in the league in order to help this team to go and win the Grand Final.”

Gildart knows that a lot of hard work awaits to reach his targets but is determined to do what it takes to catch up.

“Everyone is in training and that one step ahead of me, I am way off doing any strength or fitness, so I know that people are improving at the minute whilst I’m not. I have to take this time to let my body heal then just train as hard as ever to get back and win my spot. Jake Bibby has come in and is a great player, so it will be down to me to get myself back in.”

The 23-year-old is happy to be back amongst the squad help him come back from his injury.

“It is good to be back around the lads, when you are at home injured on your own it can be pretty frustrating, so it is good to have a bit of banter and feel like I’m a part of the team for the mental side of things.”

Having been around the team, Gildart is excited about what Adrian Lam’s squad can do in the season ahead.

“We don’t usually make as many big-name signings, so I’m really excited. It has been great to be with George (Burgess), he will be massive for us, I’ve played with him for England, so I know what he brings. I am also looking forward to playing with Jackson (Hastings) and Mitch Clark, whilst Bevan (French) is kind of like a new player.”

The person the centre pinpoints for the season ahead is Dom Manfredi, who is also working his way back from injury.

“He is the big one for me, when he gets fit he is the best winger in the competition by a mile, so hopefully he can put his injuries behind him and focus on playing rugby.”

Gildart is also excited to work with the number of young players who are knocking on the door of the first team.

“The good thing about Wigan is that the talent comes through really strong. If you look to last year, we had Morgan (Smithies) and Ollie (Partington) who made the step up and will want to go a step further; there are lads beneath them who will want to do the same.”

He adds, “When I am back in training, I’ll definitely try to bring lads on and pass on a bit of advice. It is pretty weird that I’m a senior player now, but I like that side of it because when I was in there situation someone put their arm around me and pointed me in the right direction, showing me a couple of things.”

Catch Gilly and the rest of the Wigan Warriors squad at the DW Stadium next season with a 2020 Season Ticket. Early Bird prices are now available. For more information, click HERE.