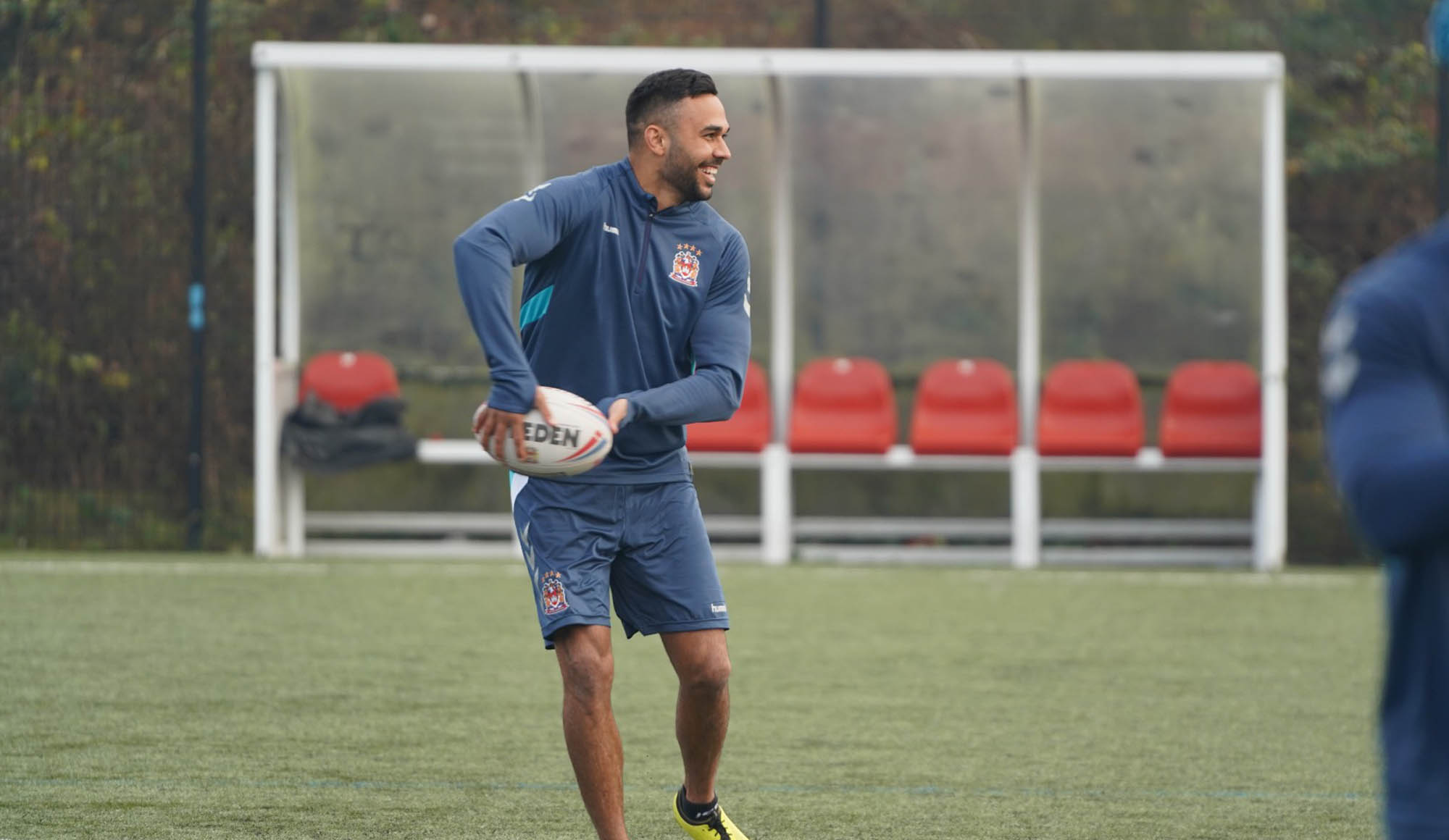 Bevan French believes joining Wigan Warriors towards the end of last season has given him a ‘taste’ of things to come.

The versatile Australian linked up with Adrian Lam’s side back in July and impressed in the final months of the Betfred Super League campaign.

“Coming over here with two months to go sort of gave me a taste of things and a bit of an understanding to get my head around things. It was perfect timing for me and was only a positive.”

He adds jokingly, “I am even getting better at understanding the Wigan accent.”

The 23-year-old admits he was surprised by certain aspects of the competition upon joining the Warriors.

“I didn’t underestimate the skill level or the calibre of the players; it was a lot faster than I imagined, and there has certainly been some high intensity matches so that caught me by surprise, but the footy is great.”

French returned to Robin Park Arena on Monday for his first pre-season in England.

“I guess pre-season is always a tough time of the year, and the first day back was no different. It was quite tough out there, we covered a lot of kilometres and had a bit of contact so I’m sure I’ll be a bit sore later.”

He continues, “the thing that excites me is having the chance to get my body right. I learned all the players and all the structures correctly, and at the backend of the year I had a little understanding of the spots we needed to be, so it’s not just physical thing I need to work on.”

As well as having to deal with the demands of pre-season, French is also adapting to the conditions of a winter in Wigan.

“I’m not going to lie I don’t really like the English winter, it’s too cold for me. My first time running around out there in the cold weather, was a bit of mental challenge but it is good to have and hopefully I can overcome that and get used to it moving forward.”

The main focus for the winger is getting to full fitness in order to begin the season in the best condition.

“I am just trying to get into the best shape that I can, with strength in the gym and fitness out on the field. It is always good to look ahead and some people might use it as a motivator, but everyone is a bit different, the first game will only come to the back of my mind after Christmas.”

French is excited by the squad Lam has at his disposal and believes the Warriors should be challenging for the top prize.

“We want to win the comp, on paper we have the squad to do it, but it is just about how we connect as a team, I’m sure we can do it. It is also good to have new faces coming in because we can learn off each other and you never stop learning and that will only benefit the team.”

Catch Bevan and the rest of the Wigan Warriors squad at the DW Stadium next season with a 2020 Season Ticket. Early Bird prices are now available. For more information, click HERE.