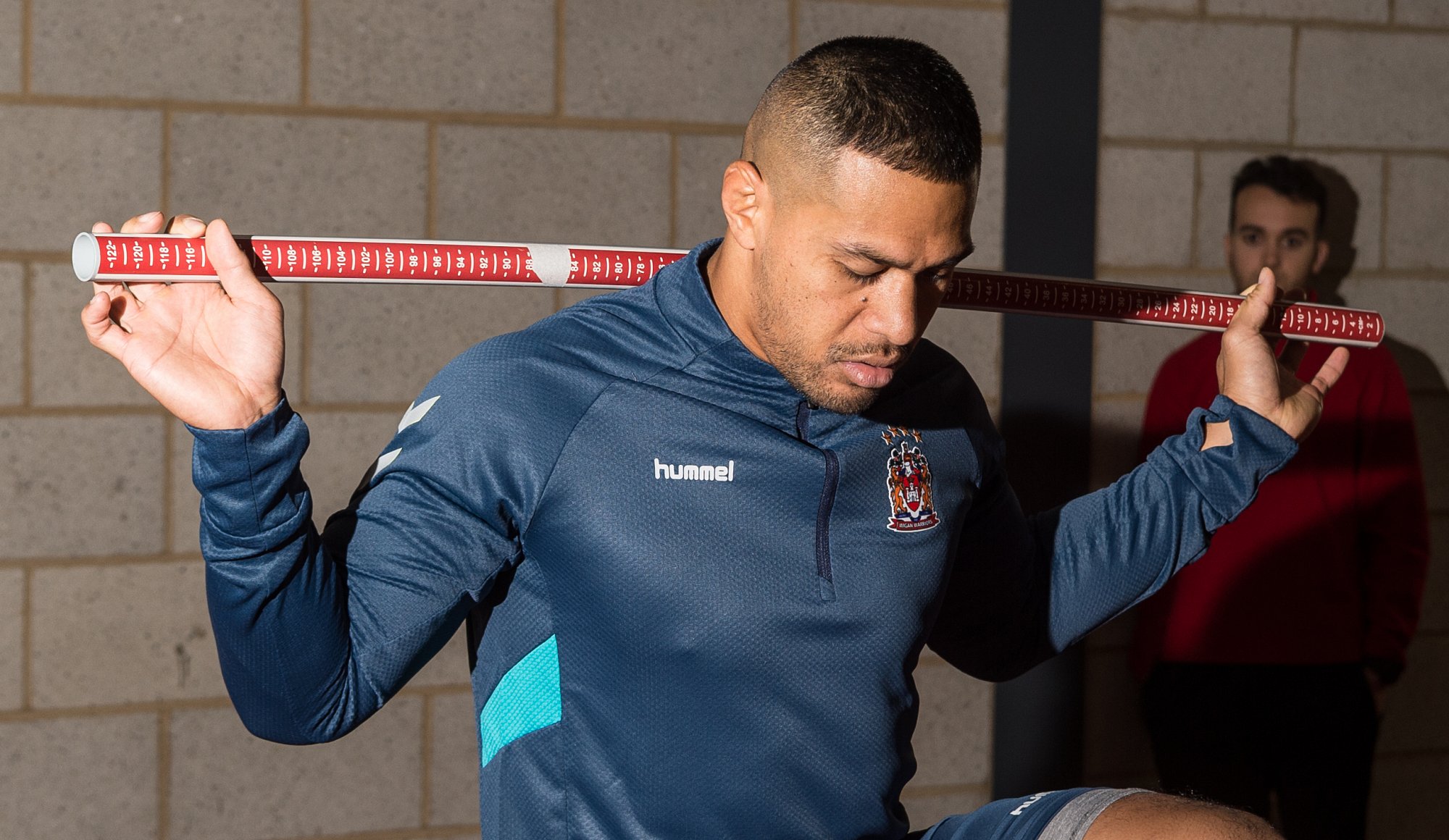 Willie Isa admits he has been impressed by the performances and the attitudes of the young players in the Wigan Warriors squad ahead of the 2020 Betfred Super League season.

The 30-year-old states he is pleased to be back in pre-season training ahead of the new campaign and has enjoyed what he has seen since the squad returned.

“It is always good to come back and to see your team mates again; it was a good break but now everything starts afresh, so I’m enjoying it. The weather is a bit cold but everything else is good, everyone is training hard and the young blokes are shining through.”

He continues, “At the moment it is about getting everyone on board; this is a new squad and there are young guys in there who are keen to have a go and cement their spot in the 17 every week. I’m just a year older and I like to think a year wiser, so I will just prepare my self as much as I can for the season ahead.”

Isa is pleased that the club is continuing its tradition of bringing through young talented players into the first team.

“There are some bright young guys who are working hard, historically Wigan always brings good kids through. We can’t put too much pressure on them and must let them go on their own journeys, but we will be there to support if they are buying into the system that Adrian Lam has got.”

The second row also believes that he has a role to play, as does the rest of the squad, to make sure the young talents continue to grow.

“I’m one of those guys who goes around in different groups in the squad, as long as they know what I’m about and we train hard, then we can have a laugh. I want to help them as much as I can so then they know the standard, because when I go, I want to leave things in a better place.”

He adds, “I think my role is to help those guys as much as I can and to see where they can go. They have had successful careers in the junior ranks, but obviously it is different in the seniors. We will be relying on them throughout the year and pushing them as much as we can.”

Isa believes with the club’s recruitment during the off-season, Adrian Lam’s squad is in a very good place ahead of the new campaign.

“I think we have a good balance of youth and senior players. We did alright last year but we can be way better, 100 percent. With new blood coming in, it adds competition for spots, and everyone will support each other as much as possible.”

After moving to a new training ground, Robin Park Arena, back in July, this will be the squads first pre-season there.

“It is awesome, and we are really grateful to have these facilities,” says Isa. “We need to keep the young fellows’ feet on the ground with these beautiful and prestigious facilities, it is top class and using it right is the main thing for me.”

Ahead of the new campaign, the 30-year-old believes focusing on the mental side of the game is just as important as the physical.

“We like to do things old school and see where the boys are at mentally, which is important and is everything at this club.”

Catch Willie and the rest of the Wigan Warriors squad at the DW Stadium next season with a 2020 Season Ticket. Early Bird prices are now available. For more information, click HERE.