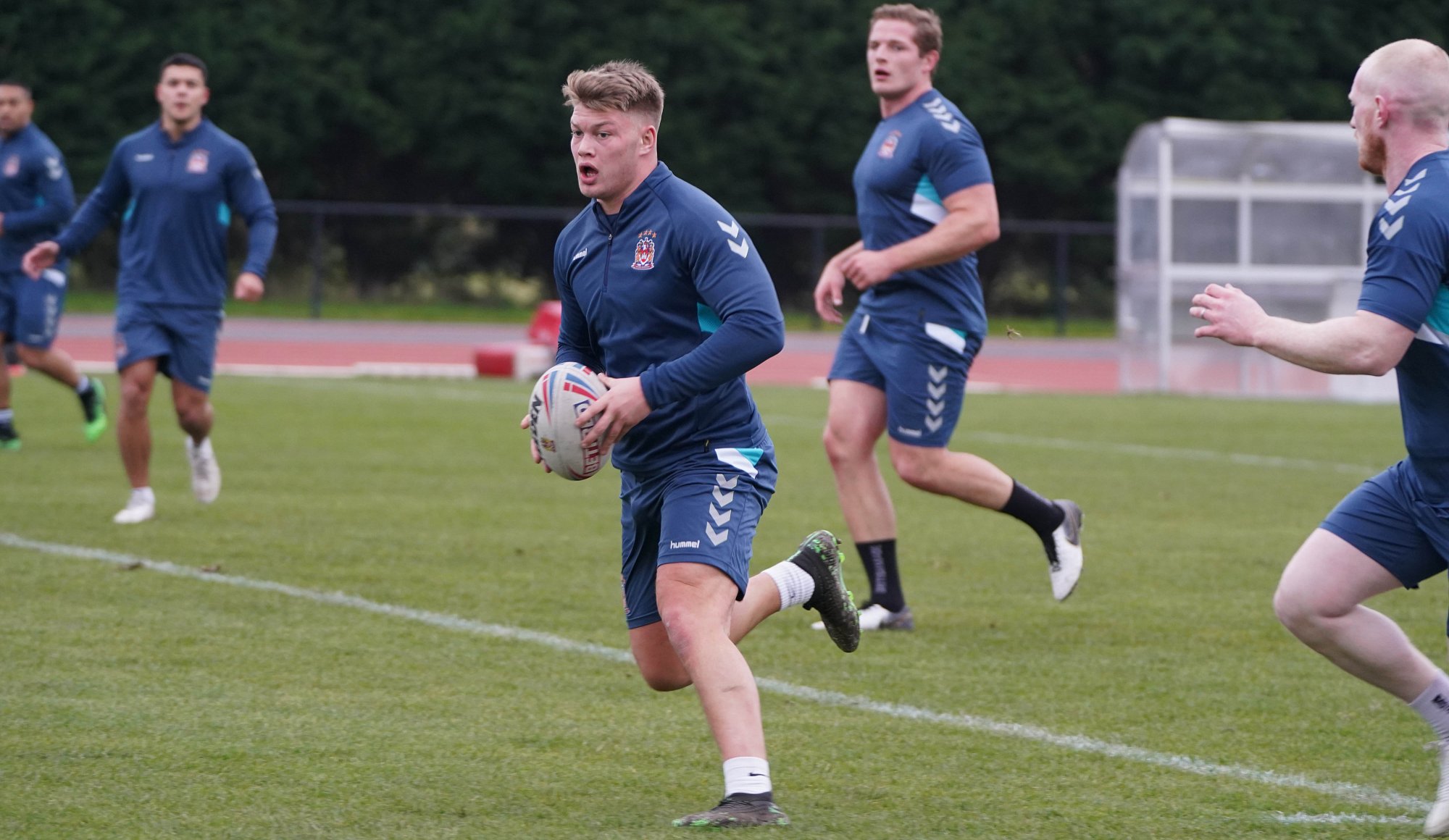 Morgan Smithies is looking forward to getting an ‘important’ pre-season under his belt ahead of the 2020 Betfred Super League season.

The 19-year-old broke into Adrian Lam’s side last year and this pre-season is his first alongside the first team.

“It is a big pre-season for me, it will be really important, so I am looking forward to getting it under my belt. Last year I was in the U19s and it was broken up a bit whilst I was playing with the schoolboys, so it’s good to do a full one.”

Smithies admits it has been hard so far but believes it is made easier by keeping his eye on the wider picture.

“It has been tough,” he says. “My body has been feeling sore on the days off but this is what pre-season is about, you just need to keep going and keep your head down. When you are training all the time you need the motivation of playing the games so then you keep pushing for a place in the team.”

After a successful debut campaign for the club, the second rower wants to continue that form heading into 2020.

“I want to build, keep improving and keep getting better so then hopefully I will be playing week in week out and to become a better player.”

The 19-year-old admits being along side young players in the same situation improves his performances.

“We are all fighting for places, so it makes us train better and makes us work harder for it.”

Smithies has been impressed by the new players and is looking forward to learning from them.

“The new lads are very good, as a 19-year-old it is good to train with them and pick up little tips off different players. At first it is a bit surreal, but you get used to it and you start looking out for little habits because they are the best players in the comp.”

The second rower says the Warriors have their eyes on the big prize for the upcoming campaign.

“The target is to go and win the Grand Final, last year the team didn’t start very well, so this year we need a good start and maintain it, to keep pushing and keep getting better.”

Catch Morgan and the rest of the Wigan Warriors squad at the DW Stadium next season with a 2020 Season Ticket. Early Bird prices are now available. For more information, click HERE.