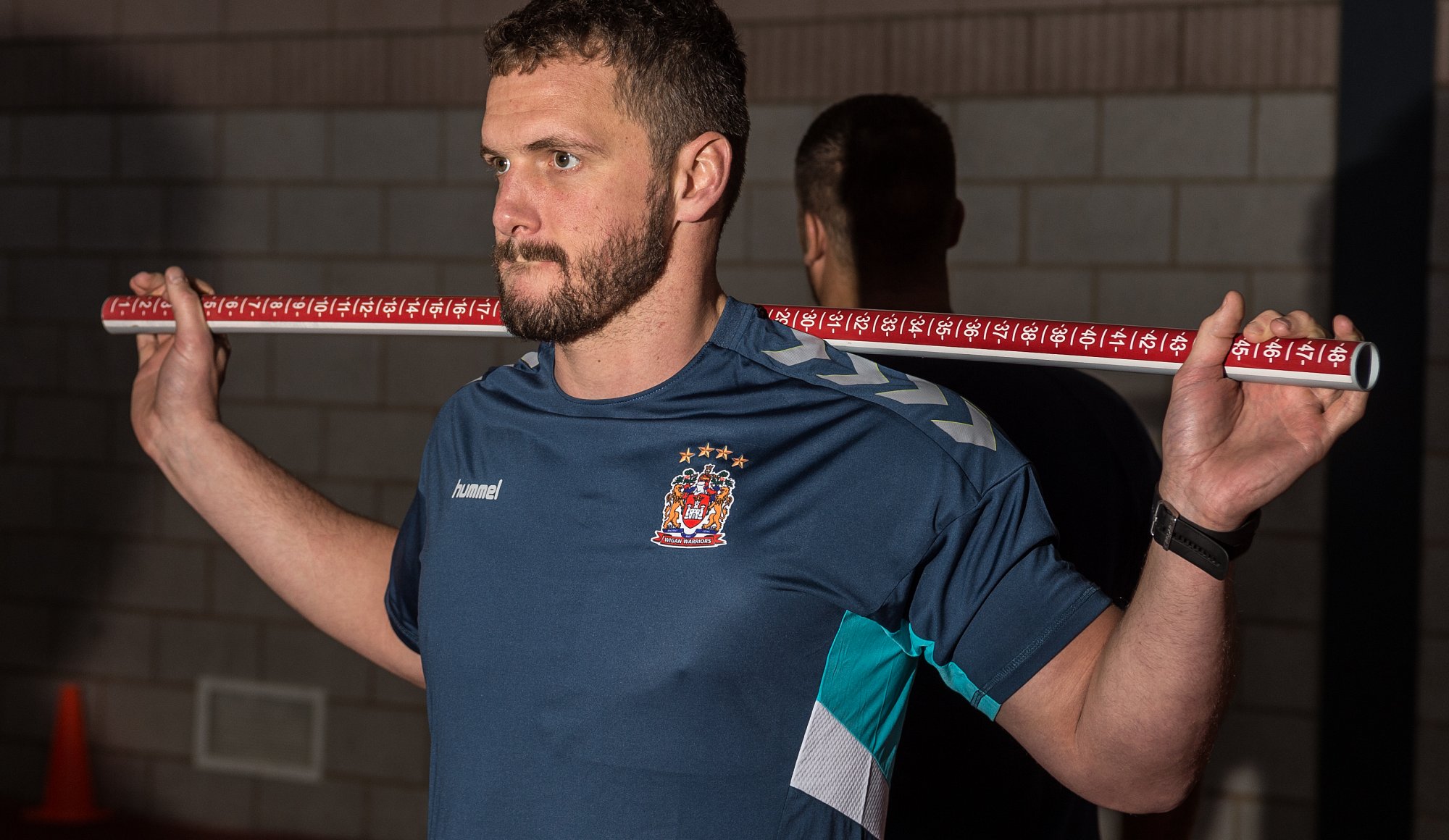 Wigan Warriors skipper Sean O’Loughlin says starting pre-season from day one will benefit him in the long run as he prepares to play in his final season for the Club.

Despite not being picked for Great Britain’s recent four-match Tour of New Zealand and Papua New Guinea, the 37-year-old loose forward admits returning to the Warriors camp with the majority of the squad has allowed him the opportunity to train harder.

On previous occasions, O’Loughlin has only started pre-season in the new year because of his international commitments with England.

Speaking this week, he said: “Playing internationals eats into your pre-season, so for me to get to start with the boys and being around the place is beneficial.

“I’m slowly building into it and I will be months ahead of what I probably would have been if I was on international duty.

“For me, personally, it’s a good opportunity to have a good crack at the weights and the fitness, and hopefully start the season in better condition compared to what I have done in previous years.

“You always carry knocks towards the end of the season and it’s about finding the time to get over those and then getting into the gym early, not only to get stronger and fitter, but to get prepared for the training.

“I can push myself harder and in return be in better shape when the season starts. It was disappointing not being part of it (Great Britain Tour) and looking from the outside is always hard, but being in pre-season from day one is definitely a bonus for me going into next year.”

👊 The preparation is in full swing... pic.twitter.com/ysJ1gzPjpd

Head Coach Adrian Lam echoed his captain’s comments: “Sean hasn’t had a full off-season for a long, long time so now he can come in and focus on having a strong few months, getting ready for the new season.

“Being selfish in terms of a Wigan perspective it’s great for our Club. When you’re getting older, you need to prepare yourself and your body, and I’m sure we will see the best of him because of that next year.

“I know he’s excited about it and the players are too because he’s here every day.”

Lam also spoke of O’Loughlin’s ‘invaluable’ experience that will help the younger members of the 2020 squad in pre-season and beyond.

“Sean’s done a lot of work with the youth prior to this year. With so many young ones coming through into the first team squad, his experience is invaluable for us and for me as a coach he’s probably Great Britain’s most senior player in the country and in Super League.

“There’s no better player to have him to help develop and progress the kids through.”

Catch Sean in his final games at the DW Stadium next season with a 2020 Season Ticket. Early Bird prices are now available. For more information, click HERE.