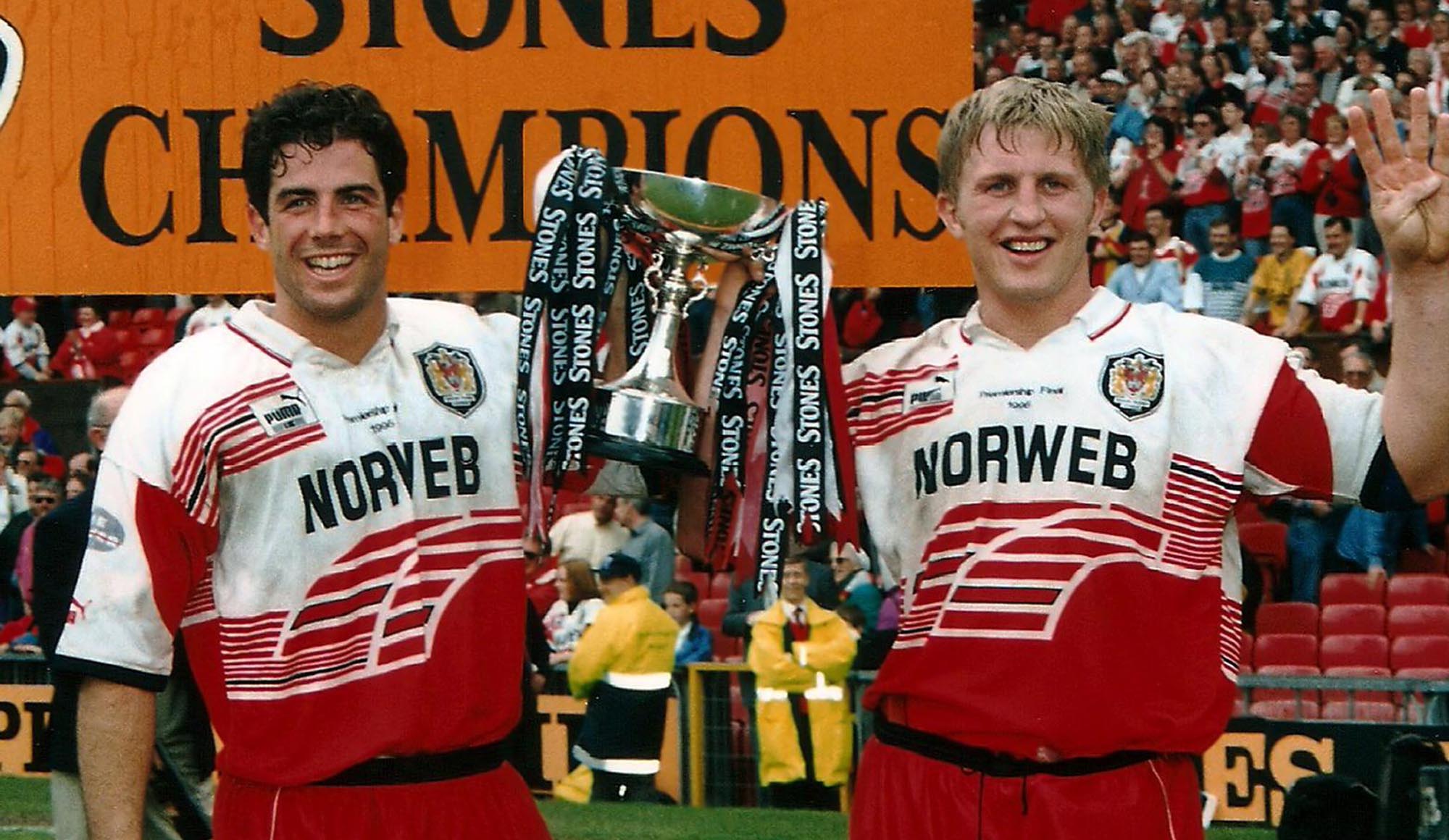 Drawing influence from the Club’s illustrious past, hummel’s first offering as Wigan Warriors’ official technical kit partner is an iconic look back to the 90s, with the shirt featuring a strong influence from Wigan’s iconic Grand Slam season of 1994-95.

We asked Club Historian, Keith Sutch, to delve into the record books and pull out some stats from the historic, record-breaking season that has inspired Wigan’s 2020 hummel home kit design.

With West in charge, Wigan took a clean sweep of all the trophies on offer in 1994-1995 to complete a Grand Slam.

Wigan also set a new record for most points in all matches in one season with 1,735 from 45 matches: