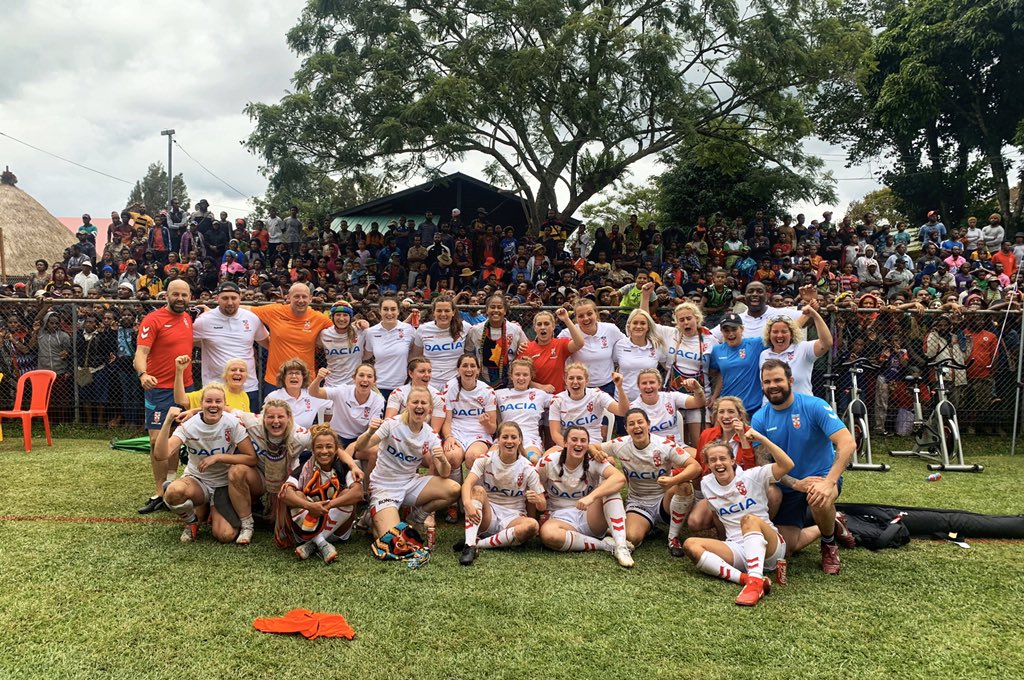 Catch up with the progress of Wigan Warriors’ International contingent as we recap last week’s action from around the world.

Warriors Women stars Rebecca Greenfield and Rachel Thompson both started for England in their historic 24-10 victory over Papua New Guinea Orchids in Goroka on Saturday.

The Test match, which was the first of their two-game Tour of PNG, was played in front of almost 7,000 spectators as centre Thompson got on the scoresheet to help get England off to a winning start.

🏉 Watch all the tries from yesterday's historic test match in Goroka 👇 pic.twitter.com/gMM8fXwZO1

Jackson Hastings, one of Wigan’s new signings for 2020, played in Great Britain’s third Test match of their four-game Tour of New Zealand and Papua New Guinea on Saturday.

The Lions suffered a third straight loss after being defeated 23-8 to the Kiwis in Christchurch.

After Oliver Gildart was sent home from the Tour to have shoulder surgery, full-back Zak Hardaker also missed out on the game as he picked up a shoulder injury in training.

Up next for Great Britain is their fourth and final Test of the Tour against Papua New Guinea in Port Moresby on Saturday 9th November (07:00 GMT kick-off).

The game will be shown live on BBC Two, as well as the BBC Sport website and app.

Ireland confirmed their 2021 World Cup place as they beat Italy 24-4 to finish top of the Pool A Qualifying group.

Youngster Liam Byrne started at prop for Stuart Littler’s side as Ireland overcame their opponents at the Morton Stadium in Santry on Saturday.

Through our win of the group today, we have officially qualified for the 2021 Rugby League World Cup! #rugbyleague #ireland pic.twitter.com/DBUh88fNM3

Catch the Warriors in action at the DW Stadium when they take to the field again with a 2020 Season Ticket. For more information, click HERE.

Get the best possible price on a Season Ticket and buy today!