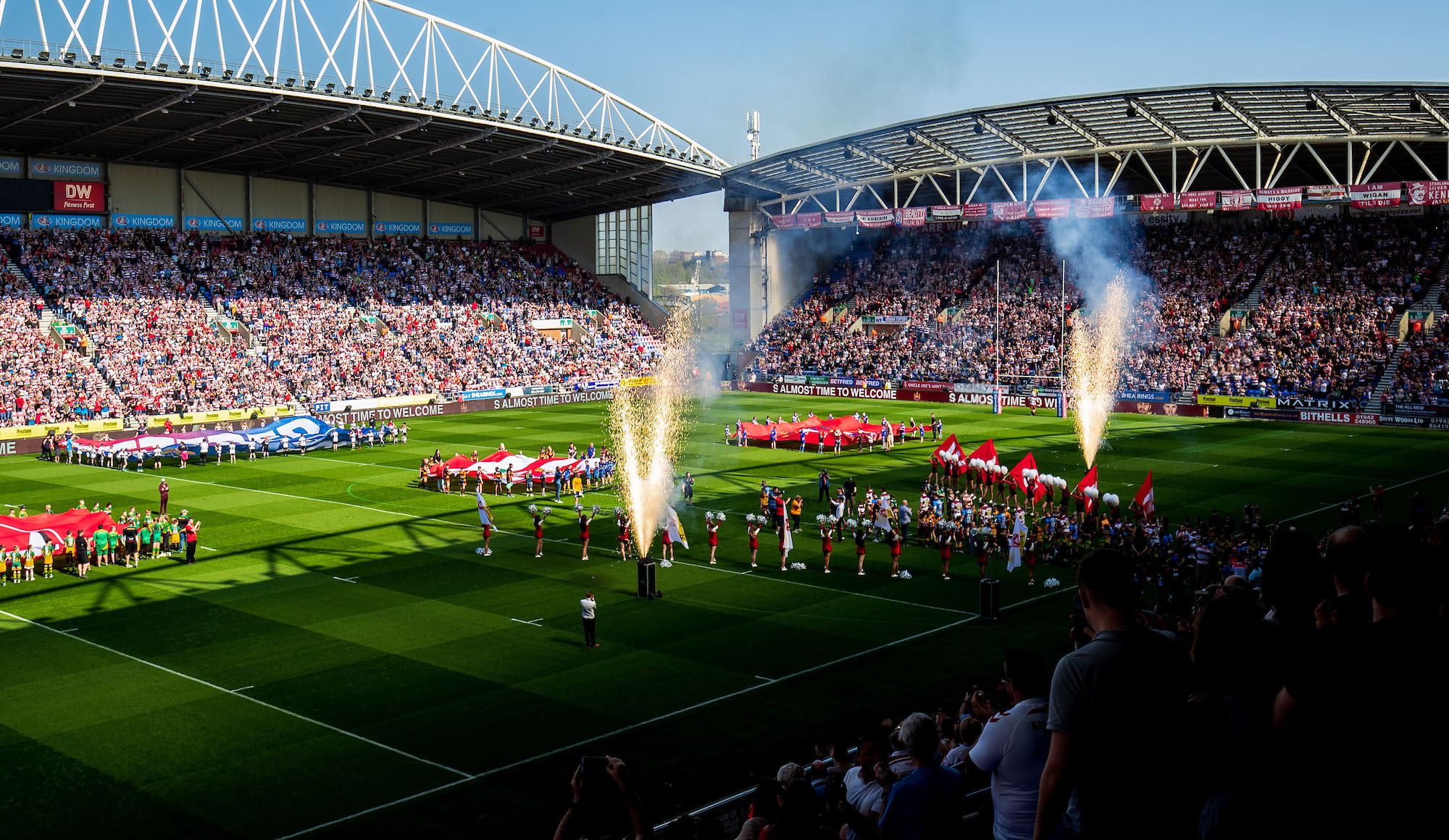 Adrian Lam’s side will then make their first away trip of the season in Round 2, travelling to the Mend-A-Hose Jungle to face Castleford Tigers on Friday 7th February (K.O. 7:45pm).

The Cherry and Whites will face Super League new boys Toronto Wolfpack in Round 3 at the DW Stadium on Thursday 13th February (K.O. 7:45pm). Wigan will play the return fixture at the Lamport Stadium in Canada in Round 12 when the Wolfpack host the Warriors on Saturday 25th April.

Other key dates for your diary:

Super League Chief Commercial Officer Rhodri Jones on the 2020 fixture list: “We are delighted to be able to share the full 2020 schedule with our fans, and after a lot of work, we are happy with what has been created.

“Round One promises to be a fantastic start to our 25th season with some real heavyweight fixtures.

“There is a new feel to Easter, appreciating the tough nature of Super League on the players, and we’ve kept the Friday night final round of games which proved so successful in 2019.

“As ever, given the unpredictable nature of the sport, we all recognise that changes to the fixture list will have to be made towards the end of the season to accommodate our broadcast partner, Sky Sports.” 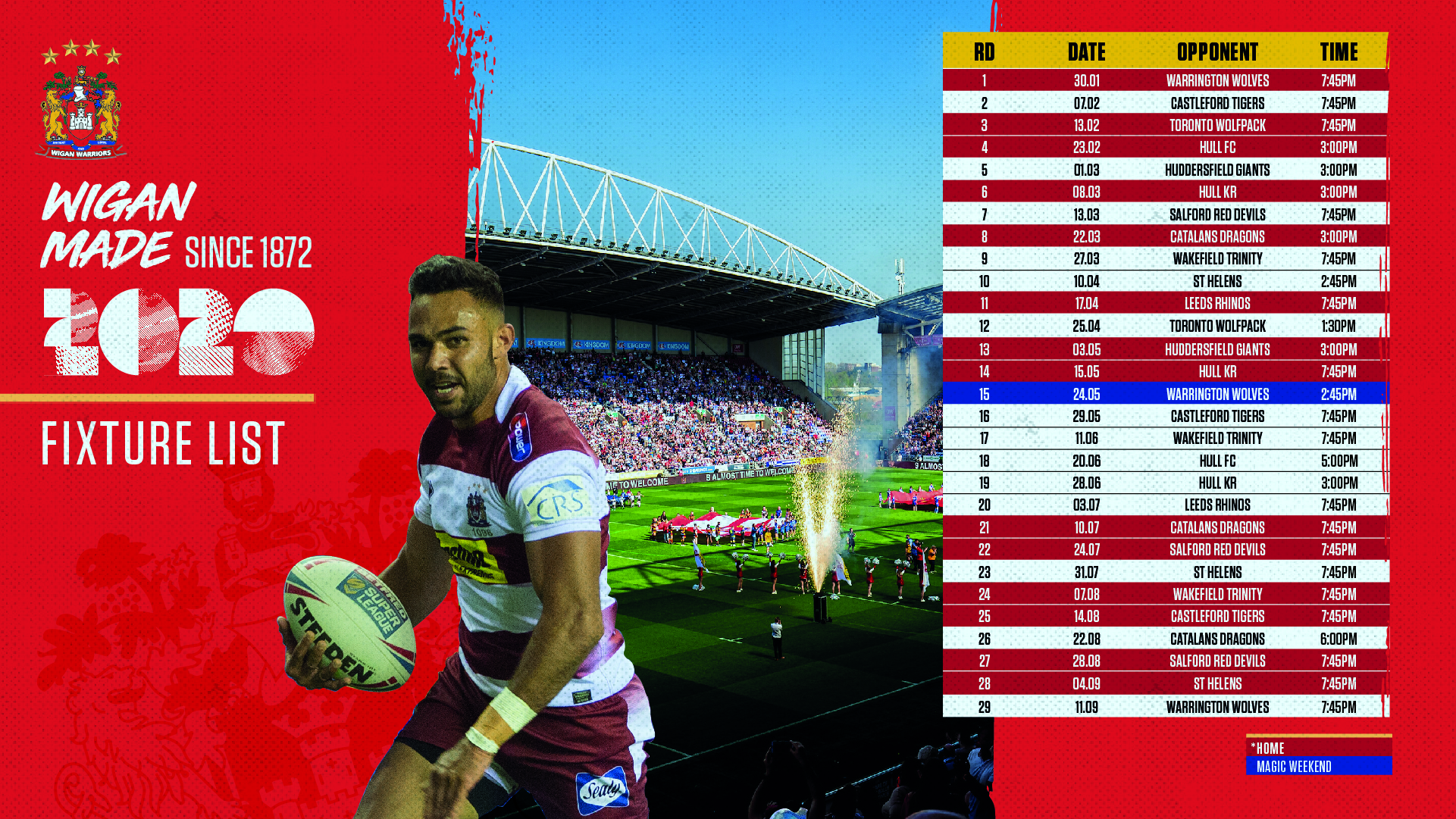 Keep up to date with all of Wigan’s fixtures this season with our 2020 i-calendar, available now.

Powered by Stanza, the Club are able to live sync event into fans’ diaries so you won’t miss a minute of the 2020 Betfred Super League.

When signed-up fans are be able to see all 2020 fixtures in their calendar as well as important updates and deadlines from the Club.

On the day that the 2020 Betfred Super League season’s fixtures have been released there’s never been a better time to subscribe. Join the other 21,000+ Wigan Warriors fans who have already subscribed to the service.

To sync our 2020 fixtures with your diary, CLICK BELOW

Official travel packages to Toronto and Catalans will be available via travel partner Shearings. Details will be released across Wigan Warriors website and social media channels later this week.

For fans wishing to attend the entirety of the Dacia Magic Weekend, Shearings are also providing travel packages to Newcastle. For more information, head to https://www.shearings.com/events-occasions/sport/magic-weekend-2020

For the 2020 season, Wigan Warriors have appointed the Holiday Inn Express Wigan as their Official Local Hotel Partner. Supporters are able to benefit from 10% off their stay at the modern hotel by using code “Warriors21” when booking via telephone: 01942 311311 or by email: info@hiexwigan.co.uk

Catch every Wigan Warriors home fixture and get exclusive offers for away games with a 2020 Season Ticket! The Early Bird offer is currently running until 31st of December, giving you the best possible price on your new Season Ticket. For more info, click HERE. 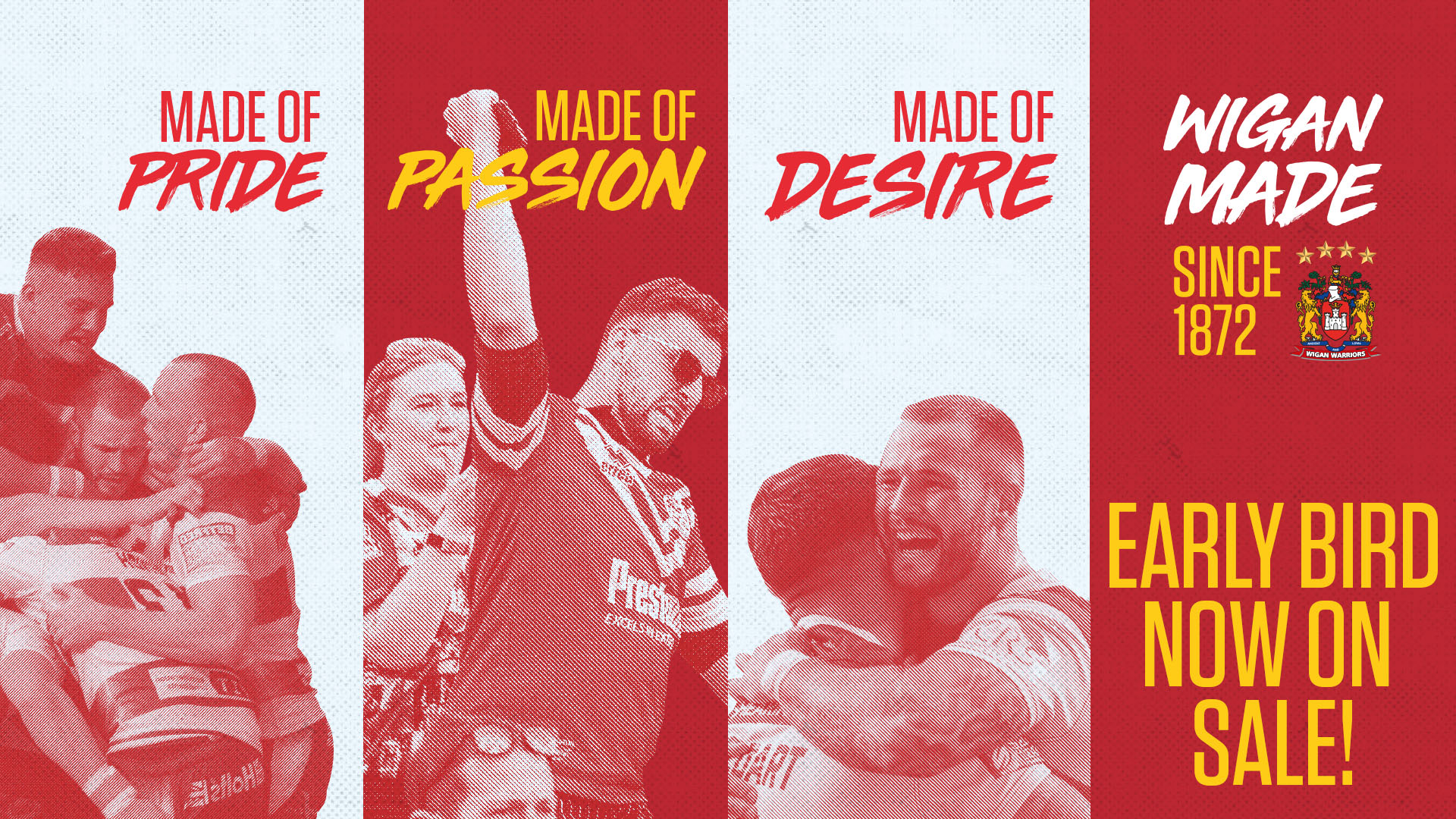