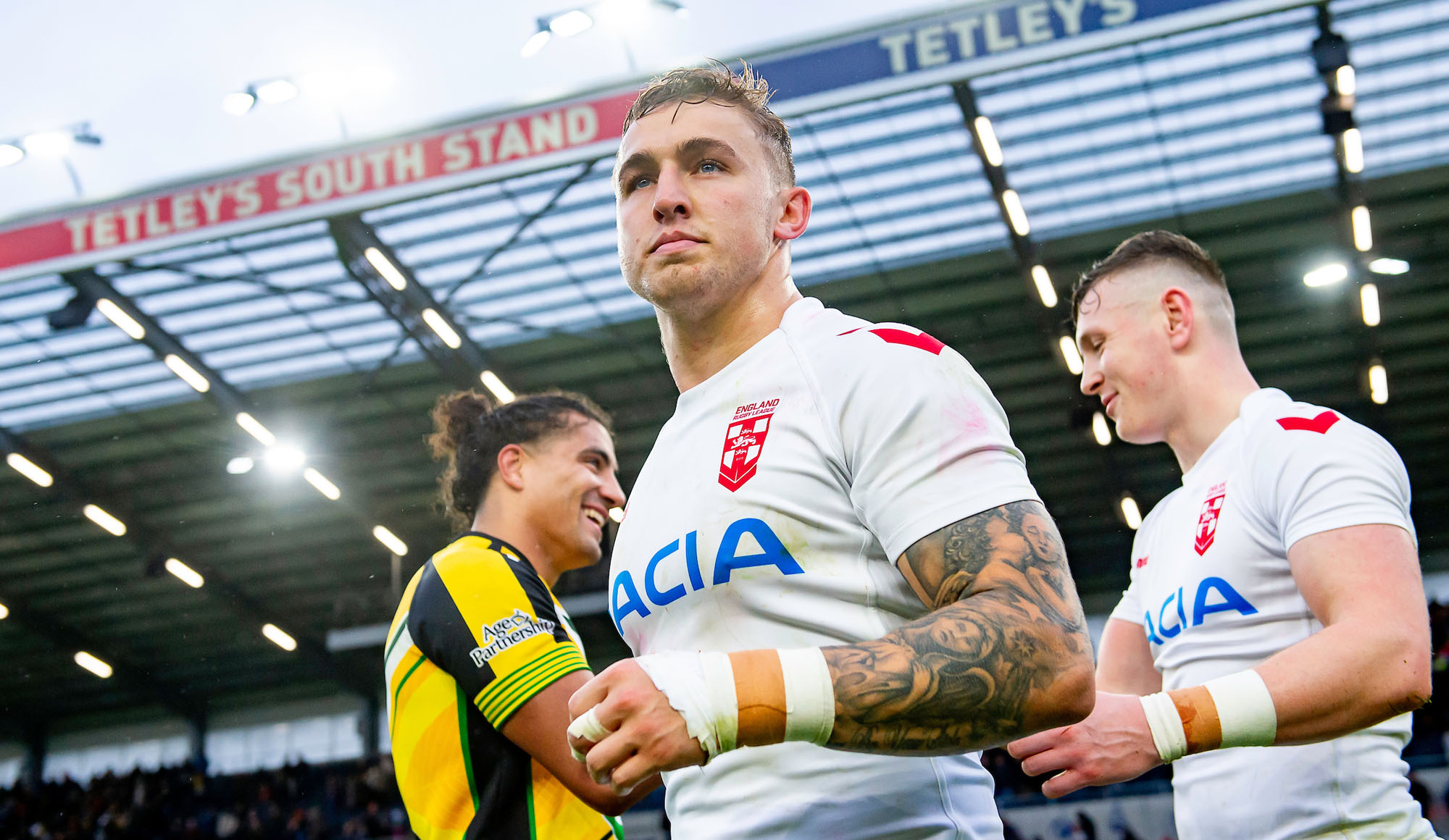 Catch up with the progress of Wigan Warriors’ international players as we recap the weekend’s action from around the world.

All five of the Wigan players selected for the Knights fixture vs Jamaica at Emerald Headingley made the starting line-up, with Sam Powell leading the side out as captain.

Second-row Greenwood got on the scoresheet in the comfortable 38-6 win, with a crafty grubber-assist provided by Smith.

👊 The home side round off a wonderful afternoon with a super try, as @Joey12g latches onto a grubber. pic.twitter.com/Z3YZfXRTkc

Highs and lows in the Downer World Cup 9s

There was also plenty of action down under over the weekend as both the Men’s and Women’s Downer 9s World Cup took place in Parramatta, Australia.

George Williams and Georgia Wilson represented Wigan in the international sides for the Men’s and Women’s competitions, respectively.

The men saw their tournament come to an end at the Semi-Final stage at the hands of New Zealand in a 22-6 defeat.

Wayne Bennett’s side had beaten France and Wales on route to the Semi-Final.

Wilson and the Women’s 9s side also left the competition at the hands of the Kiwis, losing 4-33 on Saturday.

The defeat followed another to Australia, in which Wilson grabbed her first try of the tournament and first for England.

However, there was success for Wigan Head Coach Adrian Lam who took charge of the Australian side that took home the title in the Men’s competition.

Elsewhere, Wigan half-back Jarrod Sammut was in international action for Malta, as his side edged Italy in Camden, New South Wales 23-20.

It’s always an honour when given the opportunity to represent my family & my heritage. It’s something that should never be taken for granted and every moment cherished! #MRL #Malta #Knights #MaltaKnights #MaltaRugbyLeague #RugbyLeague #GreatestGameOfAll #WhatEverItTakes 🇲🇹🏉

There was also England Academy action over the weekend, with Wigan’s Harry Rushton and Umyla Hanley lining up for England against Wales at Llanelli’s Stebonheath Park.

Wigan Women’s Player of the Year, Victoria Molyneux, was in international action on Sunday as she captained the Great Britain Teachers who faced the UK Armed Forces Women’s RL side at Wigan St Judes ARLFC.

Molyneux led her side to a narrow 22-20 victory over the Armed Forces.

**Don’t miss Wigan’s international stars when they return to Club action in 2020 at the DW Stadium! Renew your Season Ticket today to get the best prices. For more information, please click HERE.

🎟 There's less than two weeks left for you to renew your Season Ticket for 2020!