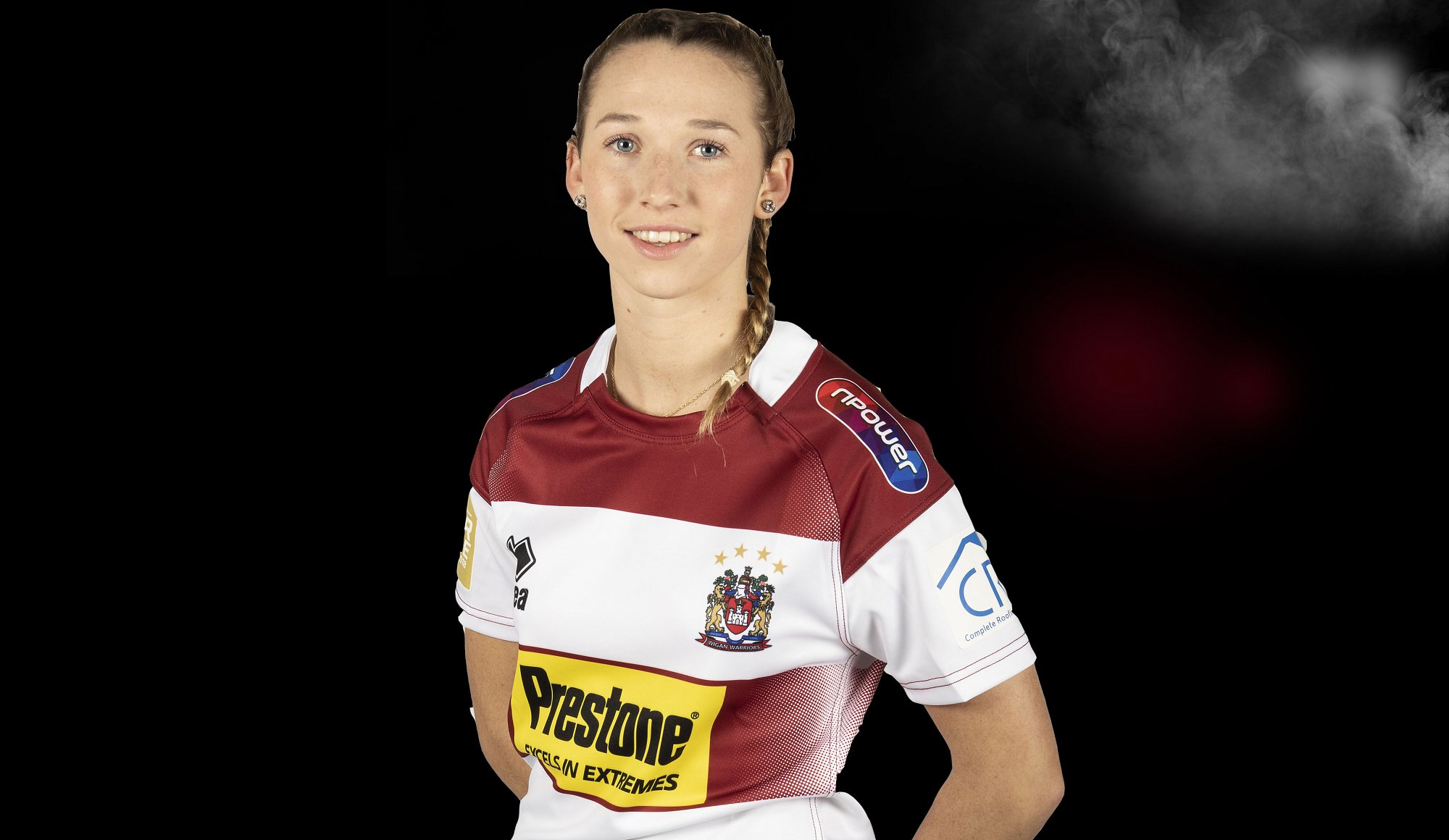 Wigan Warriors Women’s Georgia Wilson has been called up to represent England Women at the Downer Rugby League World 9s in Australia this month.

England Women will travel down under to participate in the inaugural Downer 9s competition, where they will play-off in a four-team group with New Zealand, Papua New Guinea and the hosts, Australia.

The top two teams in the group will qualify for a place in the Final, which will take place at the superb new Bankwest Stadium, Paramatta over the weekend of the 18th and 19th October.

Winger Wilson will travel with the squad following a late call-up due to a head injury to Leeds Rhinos’ forward Shannon Lacey.

The 22-year-old spent a portion of the season side-lined with a severe foot injury, but recovered to finish the year in good form, registering four tries and kicking two goals.

Speaking on the opportunity, she said: “I’m absolutely over the moon and incredibly excited for the tour. I feel proud and honoured to have been called up to play alongside the most talented players. Representing my country in a sport I love has been a dream since a young age.”

Wigan’s No.4 is in the early stages of a promising rugby league career, having previously played rugby union, but feels that her progression has been beneficial.

“I wasn’t originally going to trial for Wigan as I wasn’t sure rugby league was for me, but family and friends encouraged me to try something new. I went to the trials and was pleased when I was selected to play for the Club.

“Whilst in my first season with Wigan in 2018 I was invited to the Women’s National Performance programme. I’ve learnt a lot at those sessions and noticed huge improvements since starting, but I never thought that I would be selected to represent my country a year later.”

Cumbrian Wilson now prepares for her journey to the other side of the world, with the England squad jetting off on Saturday morning – a quick turnaround for those playing in Friday’s Women’s Grand Final.

Ahead of her departure, she said: “I’m really looking forward to playing both alongside and against some of the best Women’s Rugby League players in the world. It’s going to be an amazing experience.

“It’s something I’m going to embrace fully and I will aspire to perform to my best and to the standards of Women’s International Rugby.”