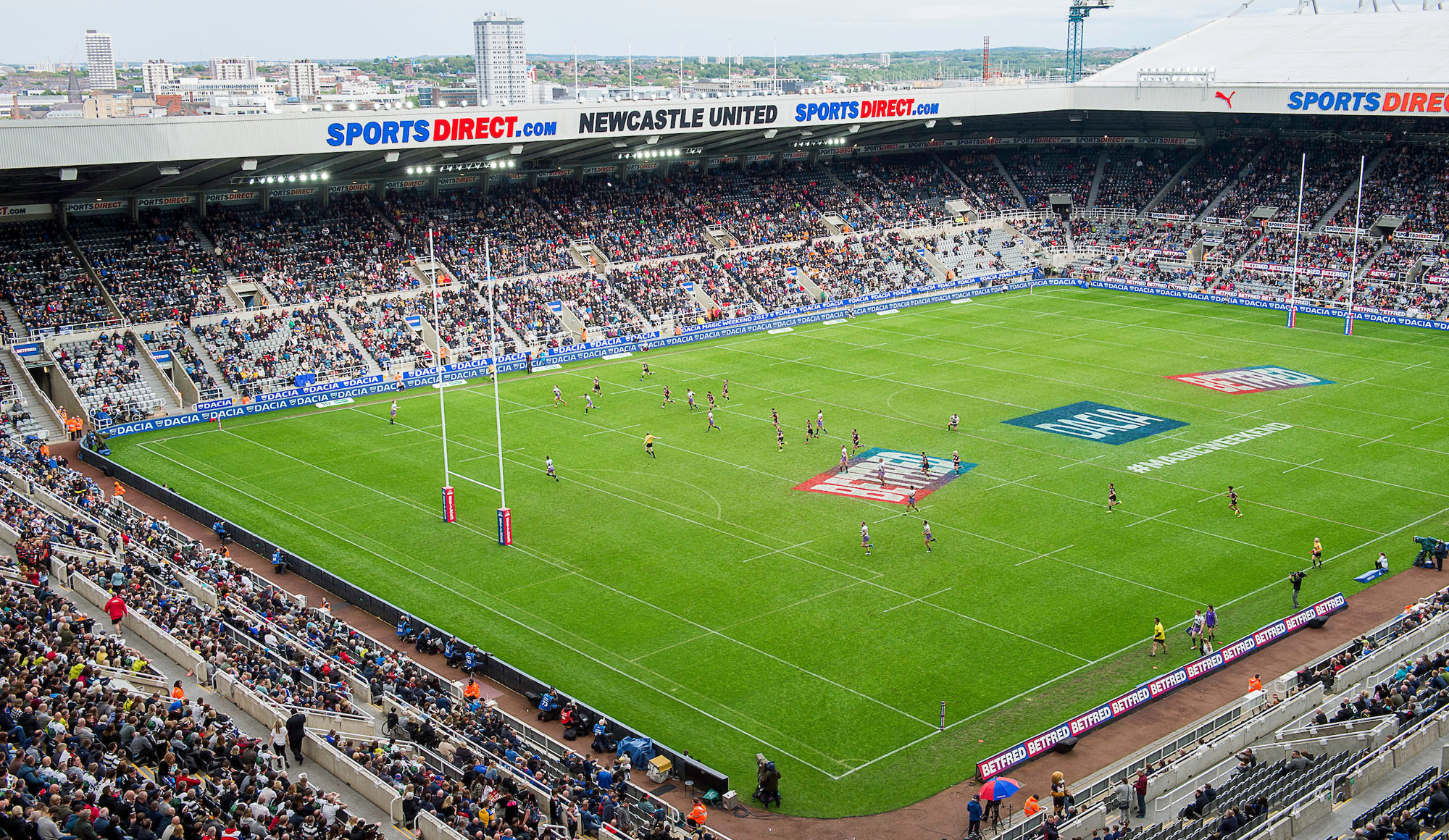 Dacia Magic Weekend will return to Newcastle for the 2020 Betfred Super League season.

Fixtures will be played at St James’ Park on the May Bank Holiday Weekend (23rd/24th).

The showpiece event had a five-year stint in Newcastle between 2014 and 2018, attracting record crowds in 2017.

Magic Weekend, which has also been held in Manchester, Edinburgh and Cardiff in its history, moved to Anfield for the first time earlier this season.

Super League CEO Robert Elstone said: “Super League had a great time at Anfield. In particular, it will be an experience that will live long in the memories of our players.

“However, we have now spoken at length to our fans and listened to what they have had to say. In addition, we have had the opportunity to take advantage of some fierce competition for the event from competing venues.

“As a result of both, we are delighted to announce that the Dacia Magic Weekend 2020 will return to Newcastle and St James’ Park.”

Councillor Ged Bell, cabinet member for employment and culture at Newcastle City Council, said: “I am thrilled to announce that Super League’s Magic Weekend is returning to Newcastle in 2020.

“This is another fantastic sporting event arriving in our city and reinforces Newcastle’s growing reputation as a city that can host huge sporting occasions and really put on a show.

“This year we have already hosted a historic England rugby union Test Match, high-profile European Cup finals and a spectacular close to a leg of the Tour of Britain.

“We also welcomed inspirational athletes from across the globe to compete in the World Transplant Games which took place at venues across the region.

“Each of these events has allowed us to showcase our fantastic city, welcome tens of thousands of new visitors and bring a huge economic boost for businesses.

“The European Cup finals alone saw a boost of £25 million and hotel occupancy rate of 99 per cent throughout the weekend.

“I can’t wait to see rugby league action return to the historic St James’ Park in 2020 for what I am sure will be another record-breaking weekend for the event.”

Official overnight supporter travel packages, including one or two night packages with the option for city centre accommodation, will be available to purchase via Travel Partner Shearings from later this week.