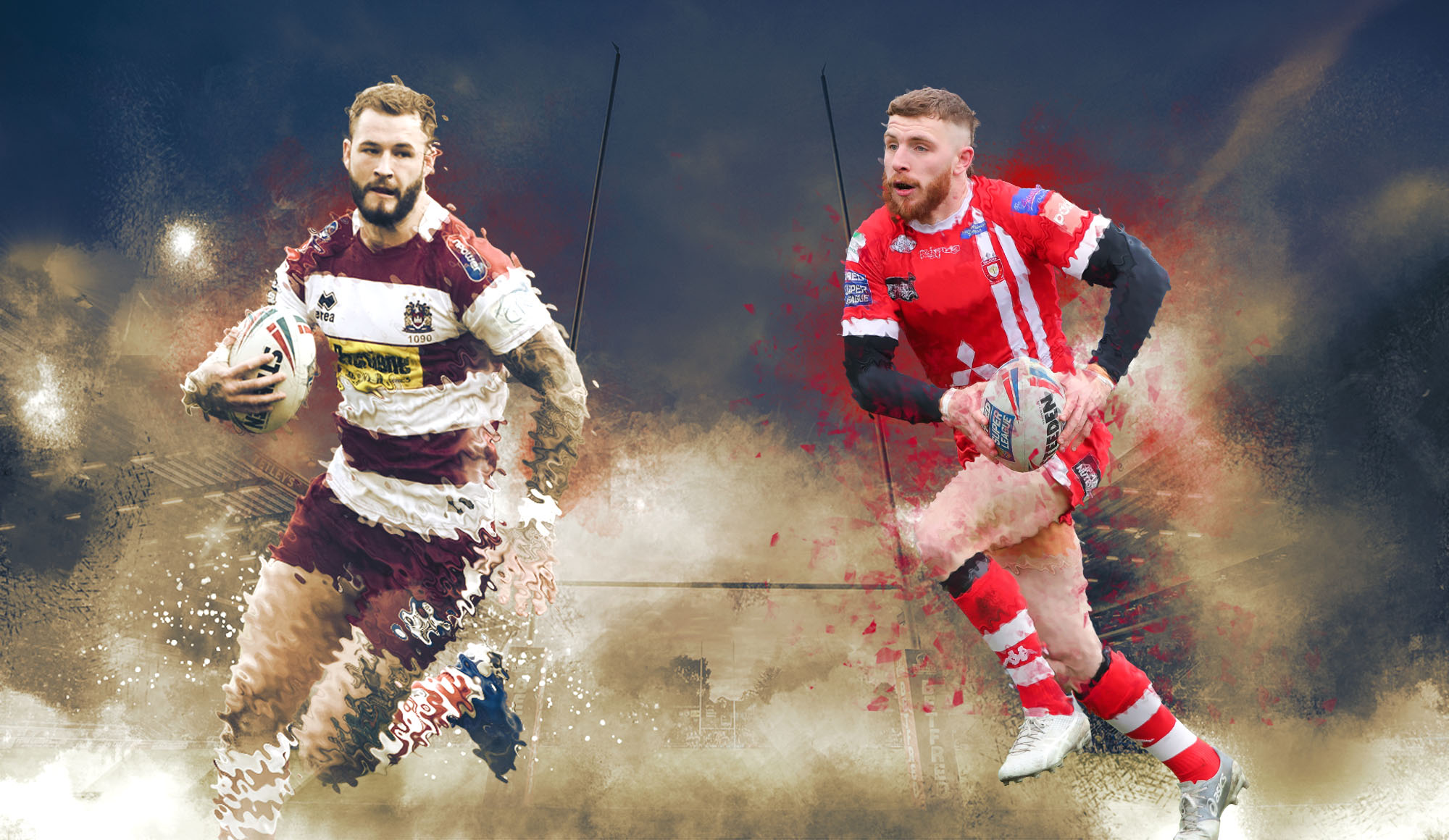 Wigan host Salford Red Devils in the second Semi-Final which will see the victor take the final place in the 2019 Betfred Super League Grand Final.

If you’ve not got tickets in advance, but would still like to take in the biggest game of the season at the DW Stadium then fear not. Here is all the information you need to grab a seat for tonight’s game.

Tickets for the game at the DW Stadium are priced from:

For more information on ticket prices and to buy your tickets online, click [HERE] or call the DW Stadium Ticket Office hotline on 01942 311111.

Pay on the Gate is available at turnstiles for the East and South Stands. If you’d like seats in the West Stand, please pick up from the DW Stadium Ticket Office. This is located at the North-West corner of the stadium. This is also where fans who have pre-paid tickets can collect. Fans are urged to get down early in order not to miss kick-off.

Seating in the East and West are allocated, but the South Stand is unreserved.

A three-route bus service is in operation for Wigan’s home fixtures. You can see the three routes below.

Buses will depart the stadium at 21:45 on Friday evening from Car Park 1. 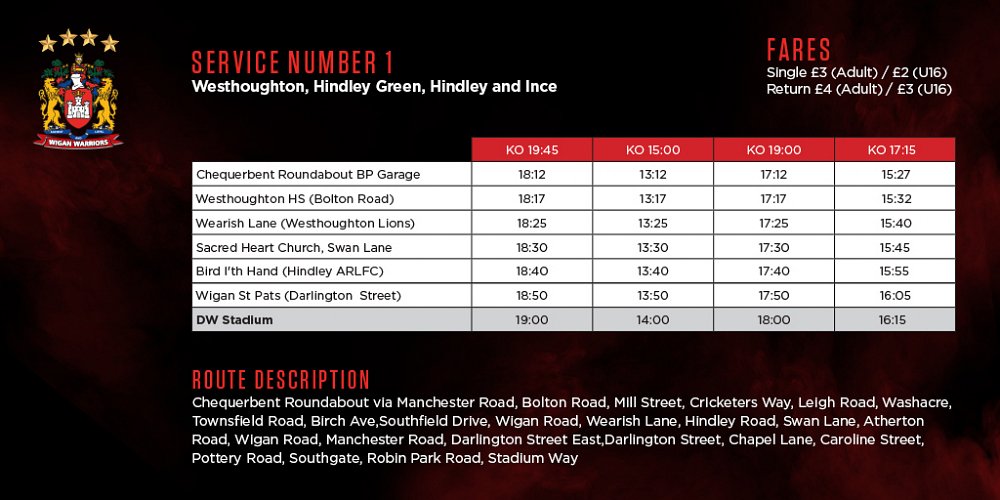 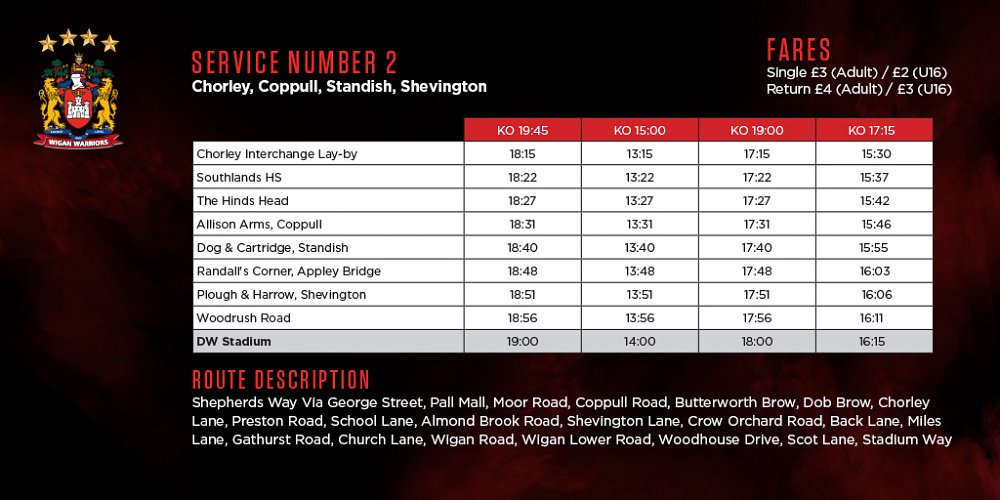 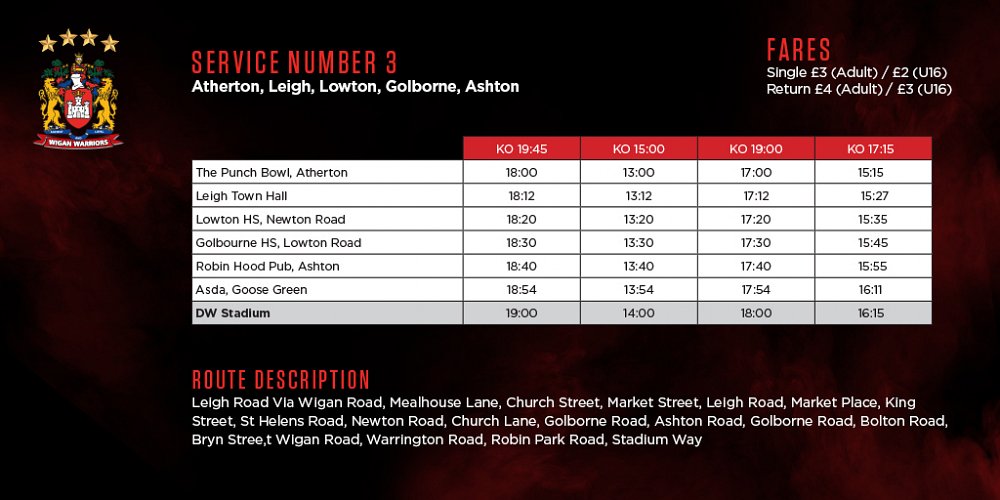