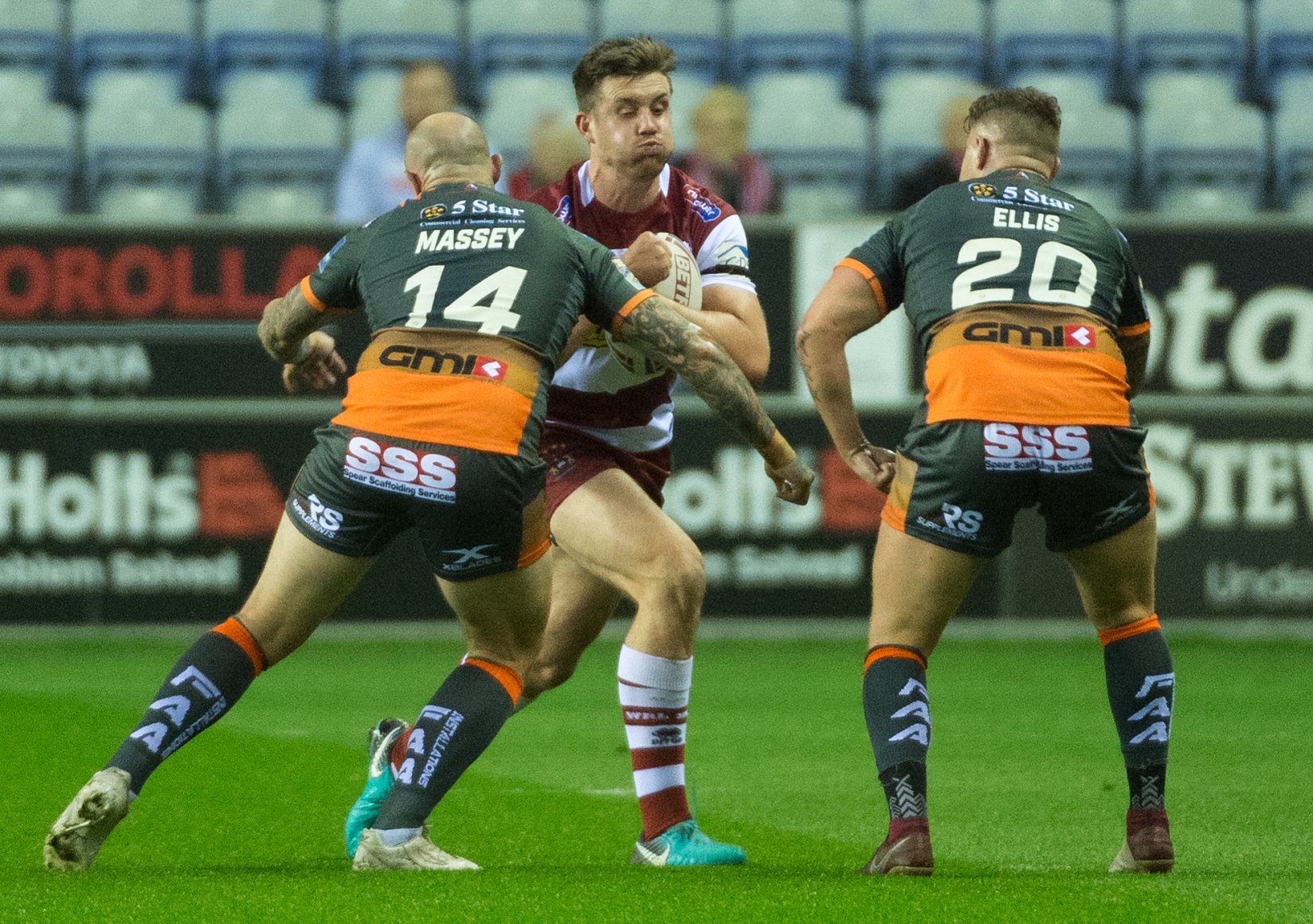 Writing in his 11th blog of 2019, Joe Greenwood says Wigan Warriors are capable of adding ‘another two levels’ to their attack as they get ready to face Salford Red Devils in Friday’s Betfred Super League Play-Off Qualifier Game.

Hi everyone, hope you’re all good!

After last week’s win over Castleford Tigers we finished in second spot in the table and now host Salford Red Devils tomorrow night in the opening round of the Play-Offs.

It was a massive win against Casleford last Thursday. They went into it on the back of a good win against Hull FC, and they had two vital two points on offer to get into the top five. If they didn’t win, they had to rely on other results, which obviously went in their favour, but they didn’t know at the time, which made it tough for us.

We did well as a team to grind out the win and it was great to get over for a try too. It’s always nice to go over and it’s good to keep tallying the tries up and helping the team out. 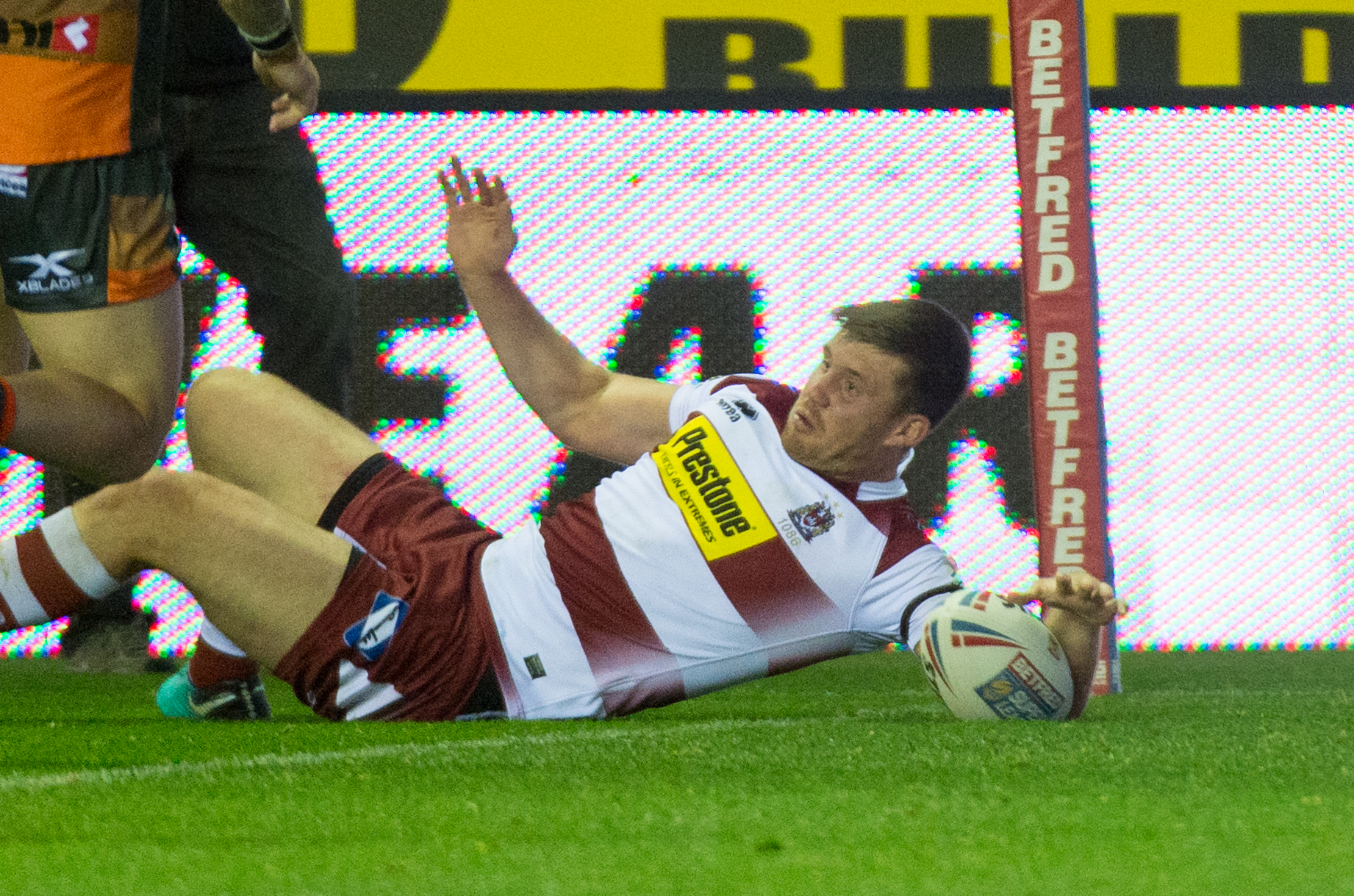 It was a top performance, but we still feel we can add another two levels to our attack. Our defence is getting there - it’s took some time but we’re getting confidence at the right stage of the season, with seven wins in a row and 12 from our last 13.

Silverware isn’t won at the start of the season - we knew we would always have to build into it and it would always take time with a new coach. The lads have bought into it and we’re coming good at the right time.

In terms of the oppositon, Salford have had an outstanding season. They’ve been the dark horses and finished where many people would never have expected them to. We can’t take them for granted - they’re a good team and they’ve beaten some big teams.

We’ll have a game on our hands on Friday night. Jackson Hastings has played a big part in their success and he’s a key target for us, as well as the other great players they have within their squad.

I realised this week that I have scored tries in our last three games with Salford (1-2-1), so I suppose there’s a bit of pressure for me to score again this Friday! Let’s hope so, anyway!

⏫ From 9th in the @SuperLeague table to sealing 2nd spot 4 months later...

🤘 Bring on the play-offs! pic.twitter.com/GQSB51mmEk

With us finishing above Salford we earn the right to play the Qualifier Game at the DW Stadium, and I think it’s always good to have the home advantage. We know we’re going to have the fans behind us, but it’s up to us to turn up on the night - we can’t just take the last few weeks for granted. We need to play how we have been doing.

The more fans we have behind us and the more ‘bouncing’ it is inside the stadium the better. It plays a big part in our confidence and hopefully we can get a lot of fans buying tickets to help us get the win.

We’ve made the DW Stadium a fortress in 2019 - we’re getting a lot of confidence and that’s massive for us. You get that great vibe when you’re playing in front of your home fans. It’s going to be a good one but we can’t take Salford lightly, as I’m sure it will be a cracking game.

😍 Tickets for our @SuperLeague Play-Off Qualifier home tie vs @SalfordDevils are ON SALE!

We have to take each game as it comes, but with two games away from Old Trafford I would be lying if I said it wasn’t in the back of my head. To play at the Theatre of Dreams is an amazing feeling.

Its important though that we don’t think too far ahead and concentrate on Friday’s game to make Old Trafford a reality. We have to be on our game and be ready for the test to come.

That’s all for this week. Thank you, as ever, for your outstanding support! It means everything to us as players on the pitch.

See you all at the DW tomorrow night, let’s get it rocking!