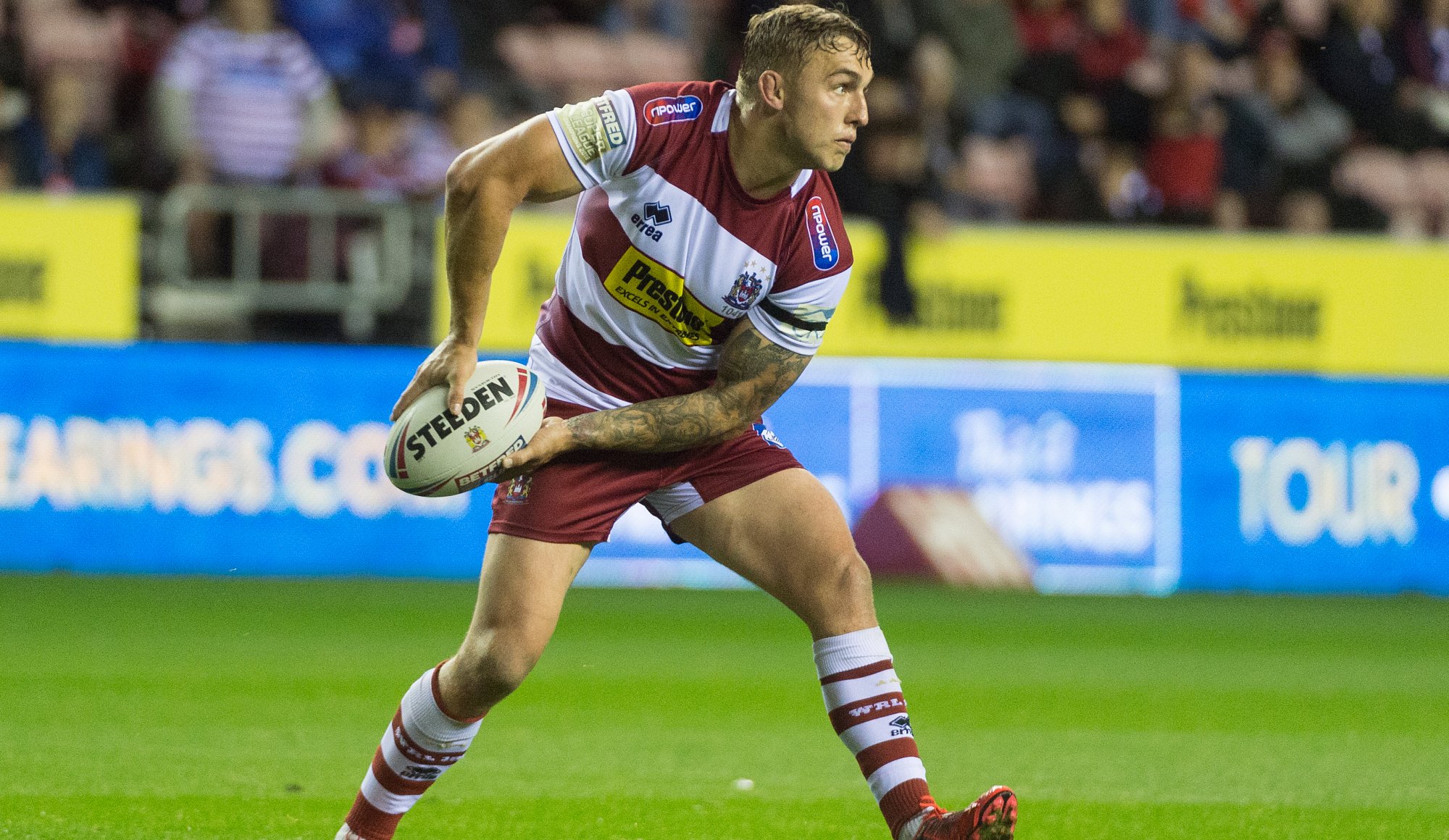 Sam Powell has urged Wigan Warriors fans to turn out in numbers at the DW Stadium on Friday night as his side take on Salford Red Devils in the Betfred Super League Play-Off Qualifier Game.

Adrian Lam’s side secured second place in the table with a 26-8 win over Castleford Tigers on Thursday, and will now take on Ian Watson’s Salford next week in the opening round of the play-offs, after they sealed third spot.

And hooker Powell believes the home advantage will benefit his team, stating the Cherry and White supporters act as an ‘extra player’.

“Our fans have been great,” he said. “The support at Wakefield a few weeks ago was fantastic and so was last week and this week too at home. We need them and we need them to get behind us in these big games because they are like an extra player for us and they showed that again on Thursday.

“Finishing second gave us the tie and that’s what’s important. Salford are flying at the moment and they’re going to be really confident, so we’re going to have to defend like we have been doing recently and stitch up a few things with the ball.”

👀 So, after tonight’s results we will face @SalfordDevils in the Play-Off Qualifier Game next Friday at the @DWStadium (7:45pm K.O.)!

🎟 Tickets for the biggest game of the season so far are on general sale NOW!

Thursday’s win was Wigan’s seventh on the bounce in the league and their 12th from their last 13 games.

Powell said: “We did well. There were patches where we could have been better as we made two many errors and some silly penalties in the first half, but it was a professional performance from the lads.

“We’ve made a lot of improvement with the ball and it’s something we’re going to be working hard on. Our defence at the minute is a real plus - we’re a bit gutted that we conceded a try at the end but we’ll move on from it.

“We’ve been playing well but it seemed like we were saying the same thing week-in-week-out and it was because of the start we had to the season. We’ve come a hell of a long way since Hull KR away in June - the team has grown and momentum is massive now going into the play-offs. We’ve got some big games coming up.”

⏫ From 9th in the @SuperLeague table to sealing 2nd spot 4 months later...

🤘 Bring on the play-offs! pic.twitter.com/GQSB51mmEk

The 27-year-old praised the younger crop of Cherry and White players who, he describes, dug the Warriors out of a hole against Castleford to see out victory.

“We were in a bit of a hole at the start and some of the middles were feeling it, as Castleford came right at us. We came through the other side though and that’s what’s most pleasing for me to see young middles like Morgan (Smithies), Ollie (Partington) and Byrney (Liam Byrne) coming through the other side from tough patches and get the success on the end of it.

“It’s something that winning teams have to have and we’ve got that at the minute, but we know we still need to add that little bit of class with the ball.

“I love playing alongside the younger players. They’re hungry and it’s pleasing to see - they’re earning their spots and it’s just a credit to the Wigan system.”

Tickets for Friday’s Play-Off Qualifier Game against Salford Red Devils at the DW Stadium are now on sale. Tickets bought are also eligible for the Academy Super League Grand Final at 5:30pm between Wigan Warriors Under-19s and St Helens Under-19s.

This is NOT a season ticket game, although season ticket and membership holders are eligible for a special £5.00 discount on tickets purchased before 5pm Thursday 19th September!

Season Ticket Holders have until 5pm Tuesday 17th September to save their seat for the Play-Off fixture. Any tickets not purchased by this time will then be available on general sale for the fixture.

For more information on ticket prices and to buy your tickets online, click [HERE]or call the DW Stadium ticket office hotline on 01942 311111.

SEASON TICKET HOLDERS, once you’ve logged into your online ticket account, you will find a ticket already prepared in your basket. To book your place at the DW Stadium, simply log in and head to your basket.