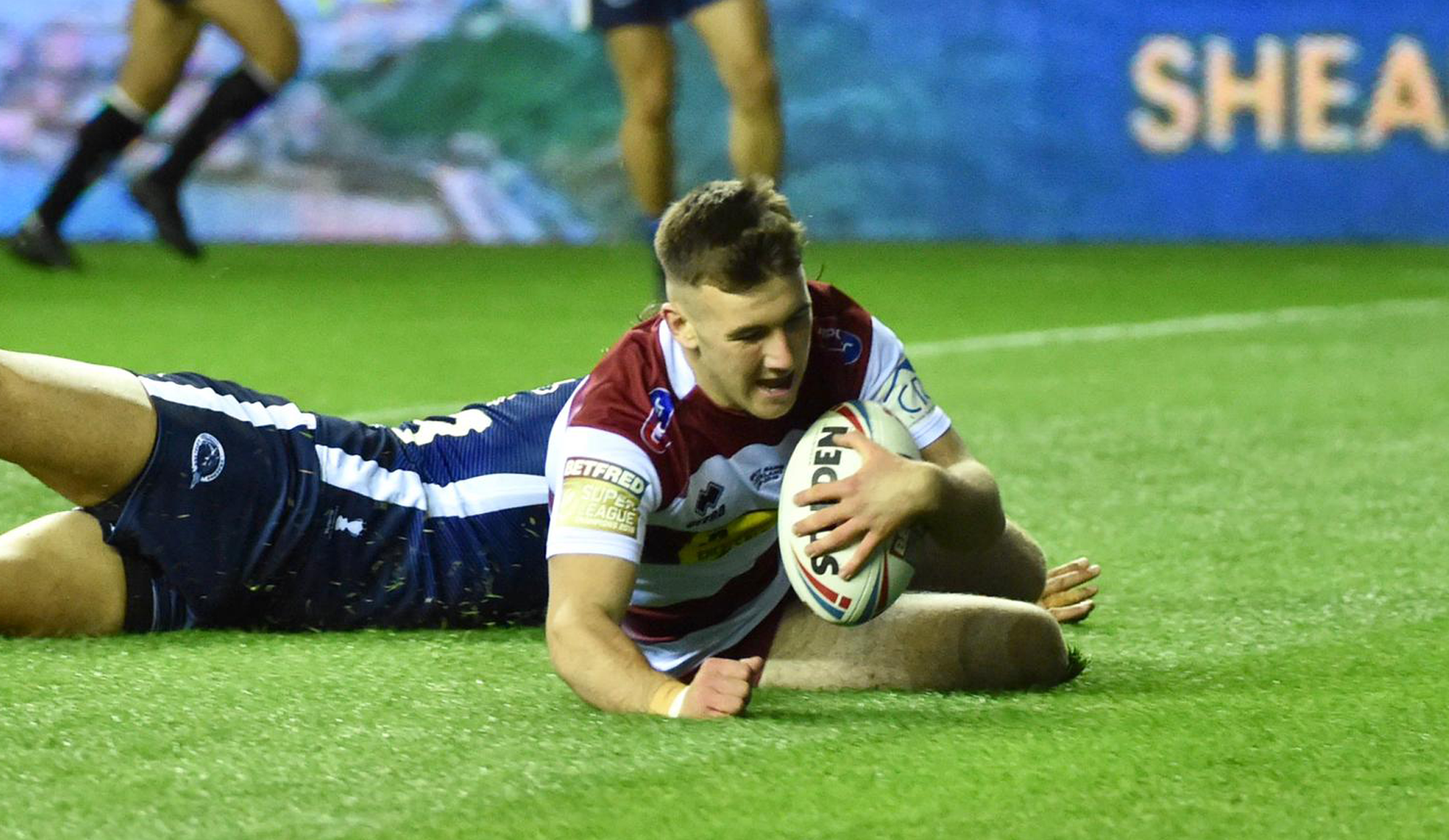 Harry Smith says he was very ‘proud’ to score on his Wigan Warriors debut in the 46-12 win over Catalans Dragons.

Seven minutes after joining the action, the 19-year-old went over the white wash for his first senior try.

“It was a great feeling to make my debut, I was very proud, and I don’t think it could’ve been topped off any better. I won’t ever forget the moment, and scoring made it better.”

He continues, “it was a great feeling to score in front of that stand. I just saw the space open up for (Joe) Burgess so I pushed on. Luckily the ball bounced to me and I took my chance.”

The scrum half, who became the tenth debutant of the season for Adrian Lam’s side, states it’s an experience that will live with him for a long time to come.

“It’s a moment I will never forget, the adrenaline was pumping and at the time it was a bit of a blur.”

Prior to the match, Smith’s family were welcomed into the changing rooms to present him with his match-day shirt, alongside club chairman Ian Lenagan.

“It was a proud moment for me and my family, it was really good for them to come in before. After that I just had to calm myself down and become composed, and wait for my chance.”

The scrum half says it was a ‘sweet feeling’ to look around the room and see the established players.

“Playing along side the types of Tommy (Leuluai) and Sam (Powell) made it easier for me, it was such a sweet feeling to see them.”

The 19-year-old admits it was a ‘big step up’ from the U19s, but believes his time out on loan has helped him to adapt.

“The main difference is the pace of the game, it’s a big step up, but I think my spell at Swinton has helped me with the physicality.”

Going forward, Smith will be looking to take the next step forward and hopes to continue his contributions.

“I will just look to improve, and will concentrate on the U19s and getting to the Grand Final with them.”