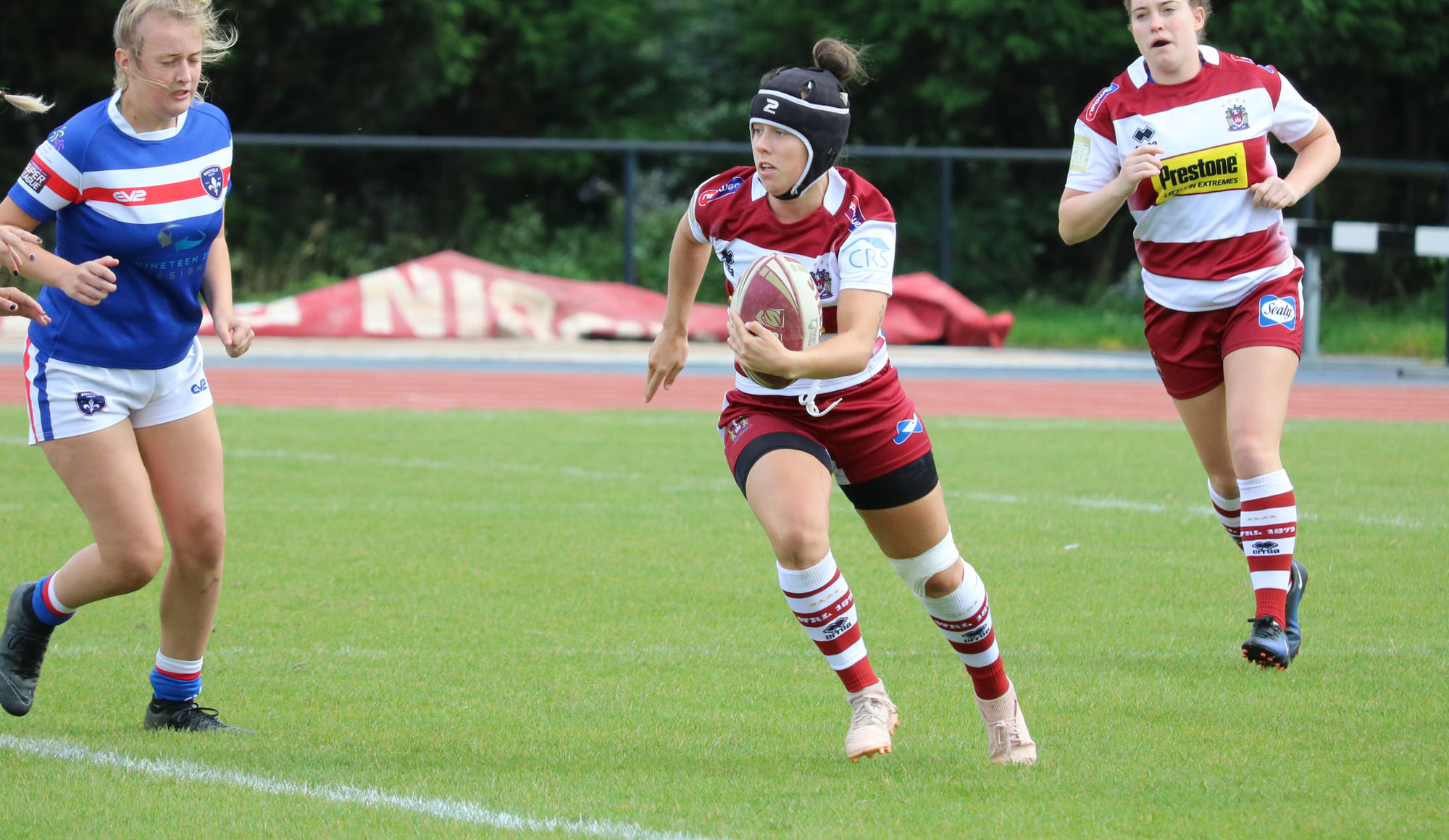 Wigan Women scored ten tries, including doubles from Becky Greenfield and Alison Burrows, and a debut try for Katie Stephens as they overcame Wakefield Trinity Ladies in a comfortable 52-6 victory on Sunday afternoon.

Kris Ratcliffe’s side crossed for ten tries as the Warriors beat Wakefield Trinity Ladies on home turf. The Warriors handed out their 11th debut of the season as Katie Stephens made her first appearance in cherry & white, getting over the whitewash for her first score in the victory. Eleanor Dainty and Leah Darbyshire also got over for their first tries for the club.

Holly Speakman opened the scoring for the Warriors after just 6 minutes, the forward getting her second in two games after finding a way over despite the Wakefield defensive pressure. Alison Burrows then doubled the lead in the 14th minute, Rachel Thompson sending the winger through and the number two won the race to go in under the sticks. Burrows converted both efforts and Wigan were 12-0 ahead.

Wakefield were handed a golden opportunity in the 20th minute, as a high bomb on the last was knocked on by Wigan and the visitors had the scrum 20m out. Trinity were held up on their first drive but a well cut out pass to Lisa Taylor saw Wakefield go over for their first of the afternoon, Taylor adding the extras to her own try.

Eleanor Dainty extended Wigan’s advantage in the 29th minute, crashing over from short range for her first try in Cherry & White. Burrows on target again with the conversion for 18-6 at the half time break.

It was Wigan who drew first blood in the second half, Katie Stephens making her dream debut for the club as she crashed over, Burrows converting her fourth for 24-6. Emily Baggaley then added more to the Warriors’ tally, Wigan switching the play well after a Becky Greenfield break to send the number 20 over in the corner, Burrows missing her first of the afternoon from the tee and Wigan were at 28-6.

Megan Grace Holding soon went over to add another to her tally for the season, latching onto a pass to the right edge from Rachel Thompson to dive over, Burrows not quite getting the distance on the touchline conversion. Leah Darbyshire then went over in an exceptional solo effort to register her first Wigan try, racing 80m and evading a clip of the ankle to go over the whitewash and make it 36-6.

Alison Burrows made hers a double as she got hold of the ball to run a good line and dive in under the uprights, Wilson took over the kicking duties for this one but it was chalked off and the score stood at 40-6.

Becky Greenfield added her name to the haul in the 73rd minute, Holly Speakman making the initial break to feed the full-back who added the pace to go over, Rachel Thompson attempted the conversion this time and the flags were raised to make it 46-6. Greenfield was in again just a moment later, another great dash from the number one and converted by Thompson to give Wigan the 52-6 win. 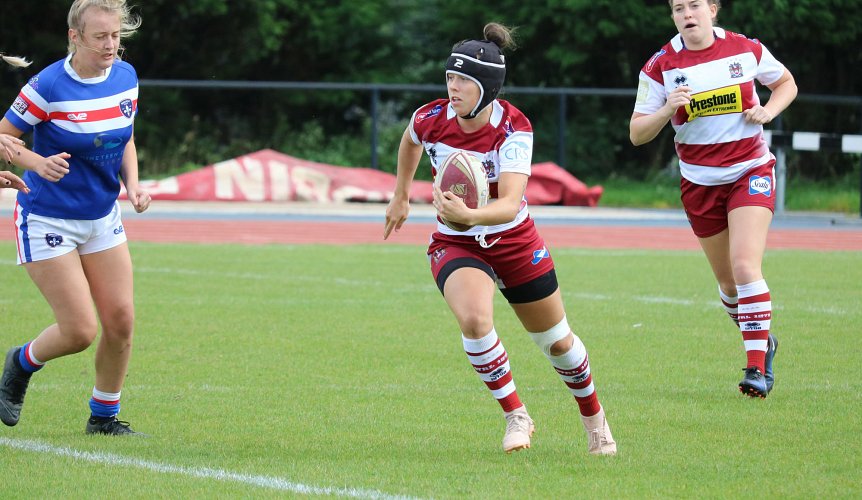 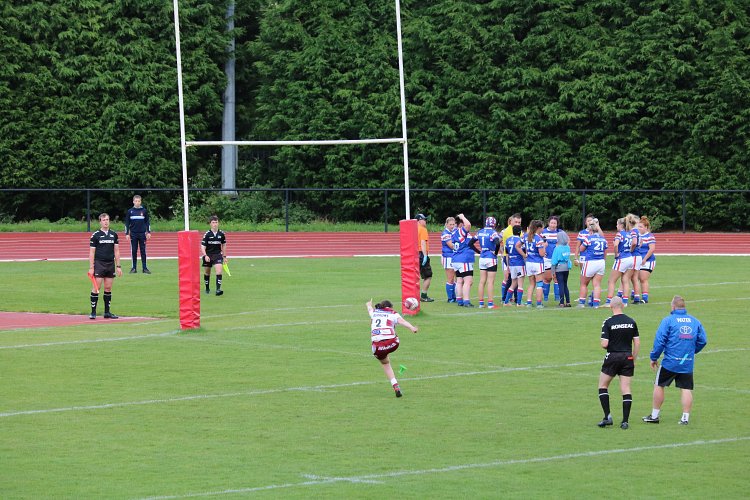 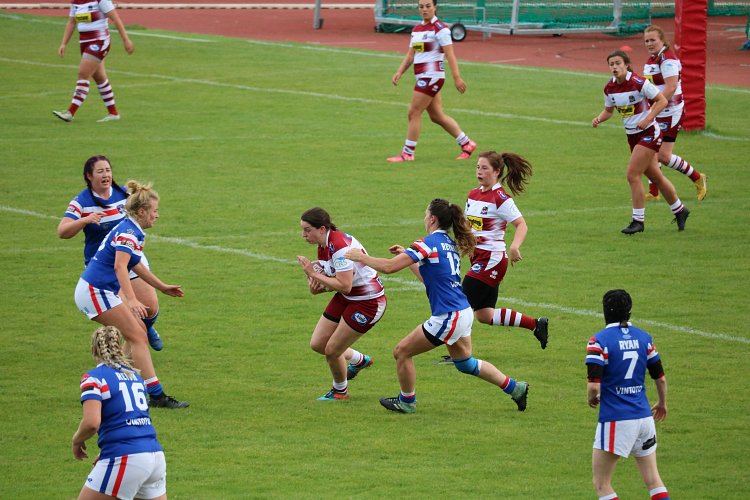 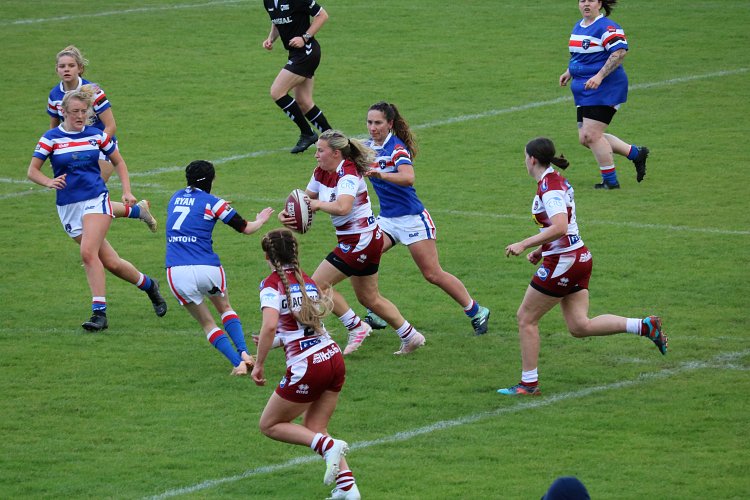 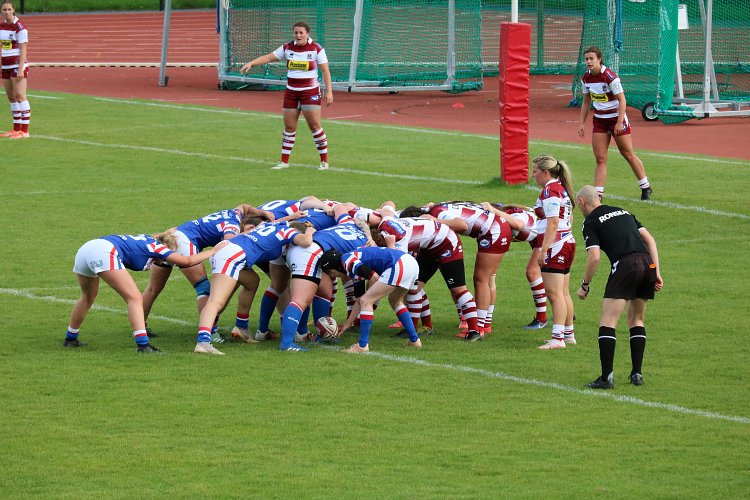 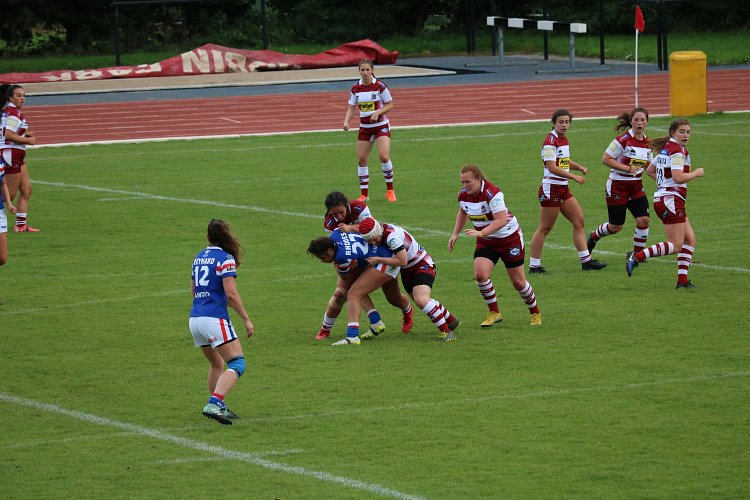 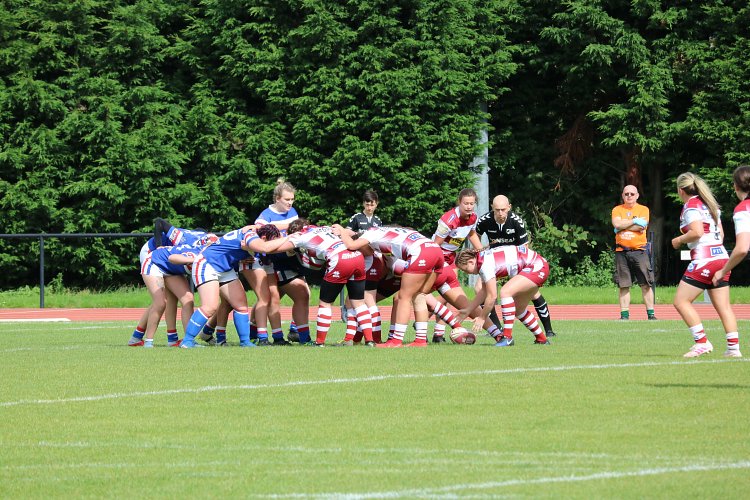 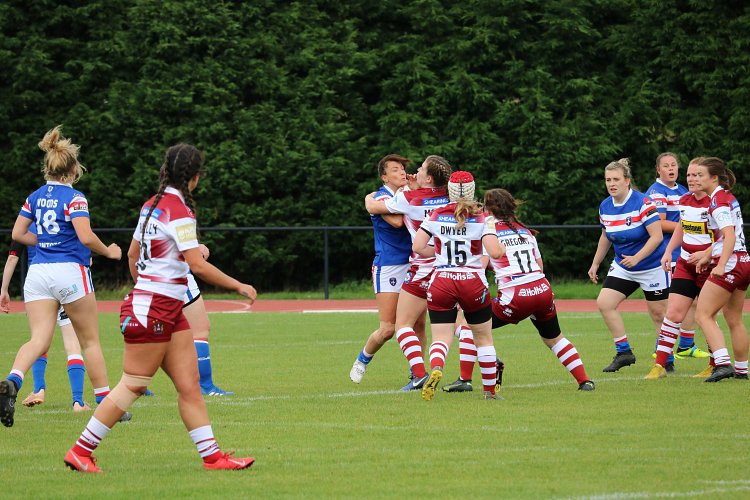 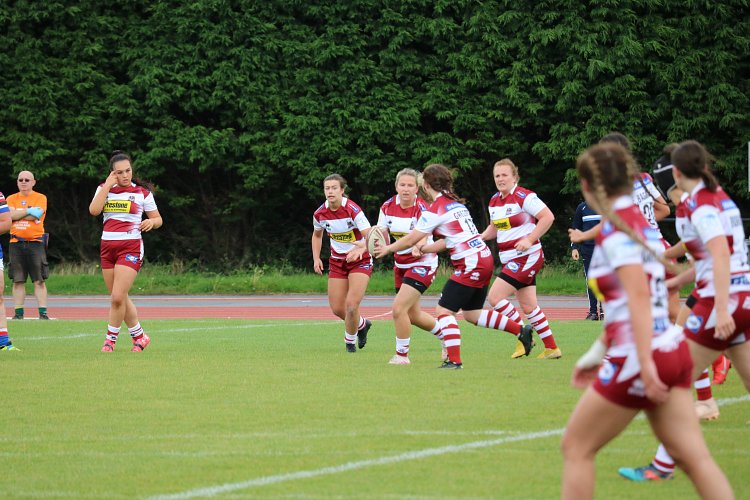 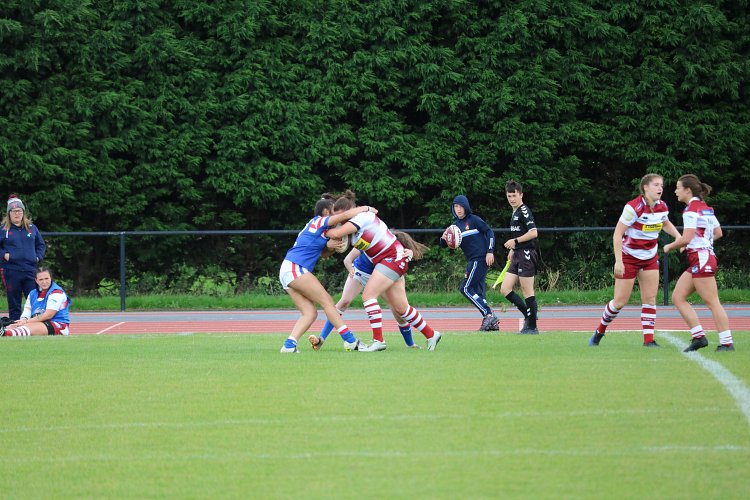 On the victory Head Coach, Kris Ratcliffe, said: “In the first half our completion wasn’t brilliant, it was similar to where we have been for the last couple of games and we spoke about how we can’t do that against the three team above us, otherwise we’ll making competing really difficult. We’ve got to improve that going forward, but the second half was a lot better, we were at around 75% completion and we piled on some points on the back of that.”

He added: “The second half we looked good, really controlled and organised in what we did. So the message is there, if we can complete consistently around that 70% mark for the entire game, then we can trouble any side. That matches us with our defence, today for the second game running we looked solid at the back.”

“Definitely an improved performance from the last couple of weeks.”

The Warriors have added to their squad with the addition of Katie Stephens on dual registration from Rochdale Hornets, with the number 31 making a try-scoring debut against Wakefield. On the current try scoring efforts, Ratcliffe said: “Katie (Stephens) put a really good performance in today, and got her reward with a try on her debut, likewise with Hayley (Martinus) who got a try on her debut and Leah and Eleanor scoring their first tries today. It’s added some competition and people are putting their hands up now and showing what they can do. It’s bringing out the best in players.”

The Warriors face Bradford Bulls at home in the next round of the Women’s Super League at the Robin Park Arena, on Sunday 8th September.