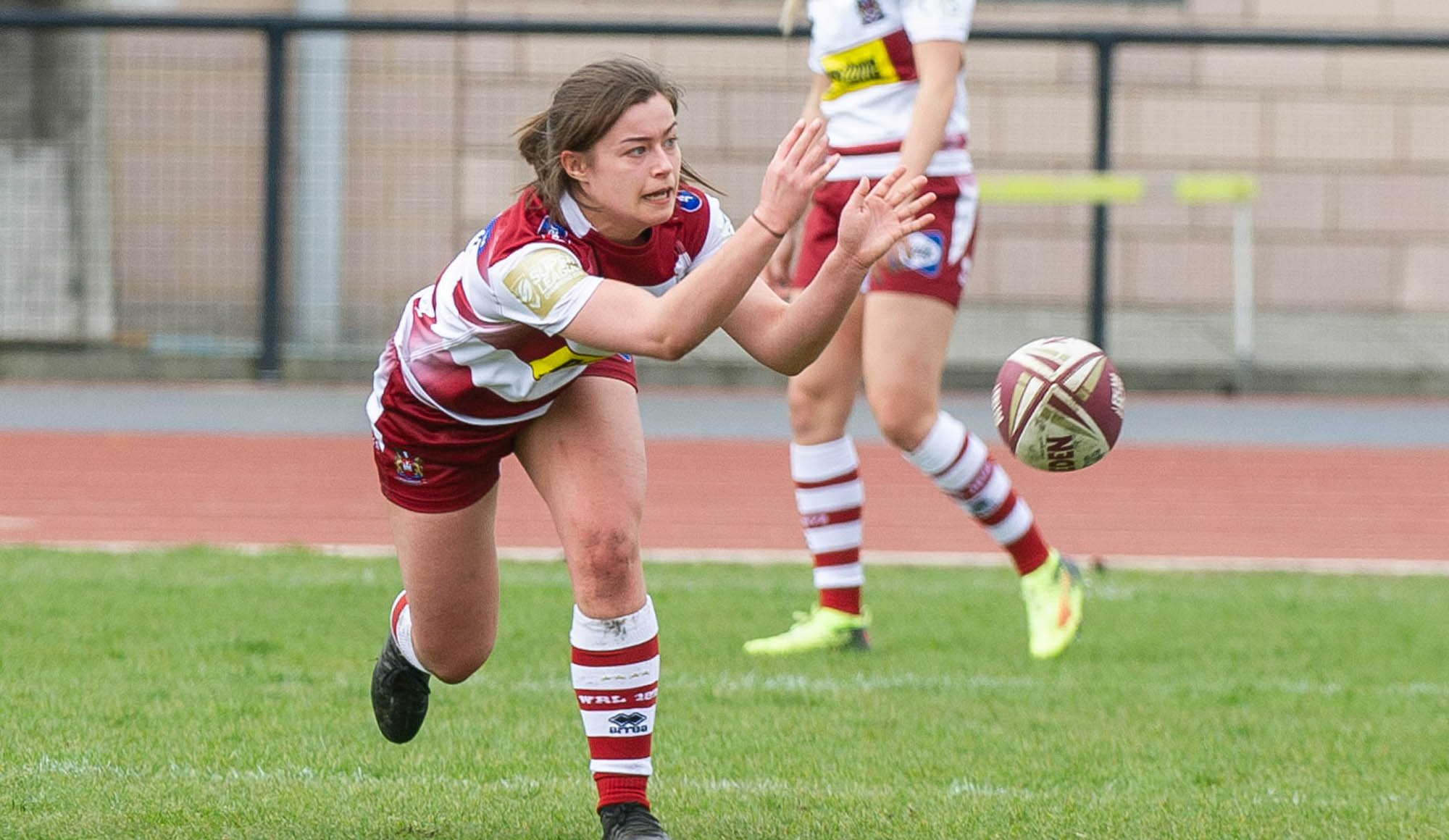 Wigan Women’s Assistant Head Coach, John Whalley, believes the atmosphere is good as the Warriors Women look to finish their season on a high, and with a play-off spot with four games to go.

Wigan Warriors Women welcome Wakefield Trinity Ladies this Sunday (K.O 2pm) as they return to league action following a week off. The Warriors beat York City Knights Ladies 42-0 in their last outing in the league, and will be hoping to register another two points as they look to cement their place in the play-off positions.

The Warriors had six different try scorers against York, including a hat-trick for Vanessa Temple. The game also saw Leah Darbyshire make her home debut, and Hayley Martinus sealing a full debut with a try. Speaking on the atmosphere in camp, Whalley said: “We’ve had a week off from fixtures, but we’ve got through some good work in training, in preparation for the Wakefield game.”

“We had a really good win against York, and got to see the likes of Leah (Darbyshire) showing why she’s made the step up from the U19s, and another debutant in Hayley Martinus. There is a great buzz in camp, so it’s a good feeling going into this week.”

The week off has come at an advantageous time for the Warriors, who had been struggling with a number of injuries, with the week off allowing some players to return to full training. On getting some names back, the Assistant Coach said: “The week off has been great for us, it’s allowed us to get some players back in training, including the England International trio of Georgia (Wilson), Becky (Greenfield) and Rachel (Thompson). It’s nice to see our numbers increasing again, which has allowed us to focus and put our full concentration on Wakefield.”

The Warriors have already made the trip to the Mobile Rocket Stadium in 2019, as the Men’s first team will do on Sunday, and it was a victorious 44-6 trip in West Yorkshire. Whalley isn’t expecting an easy game on Sunday, though: “Wakefield always give 110% until the final whistle, they’re a tough team and they never stop coming at you. They will have used their time off well and will be looking to come out with a result under their new Head Coach, so we will have to be 100% switched on from the word go.”

Summarising ahead of the game, the Assistant Coach added: “We’ve had some really positive sessions over the past few weeks, but we’re just taking each game as it comes and building on our performances each week, and the results will look after themselves. It’ll be nice to back on home turf once again this week, hopefully we can get the two points and build some consistency coming into some very important games.”

Tickets will be available on the day for the clash between Wigan Women and Wakefield Trinity Ladies at the Robin Park Arena on Sunday 1st September, 2pm Kick-off. Tickets will be free for Season Ticket Holders, with non-Season Ticket holders priced at £5 per Adult and £3 per Concession.