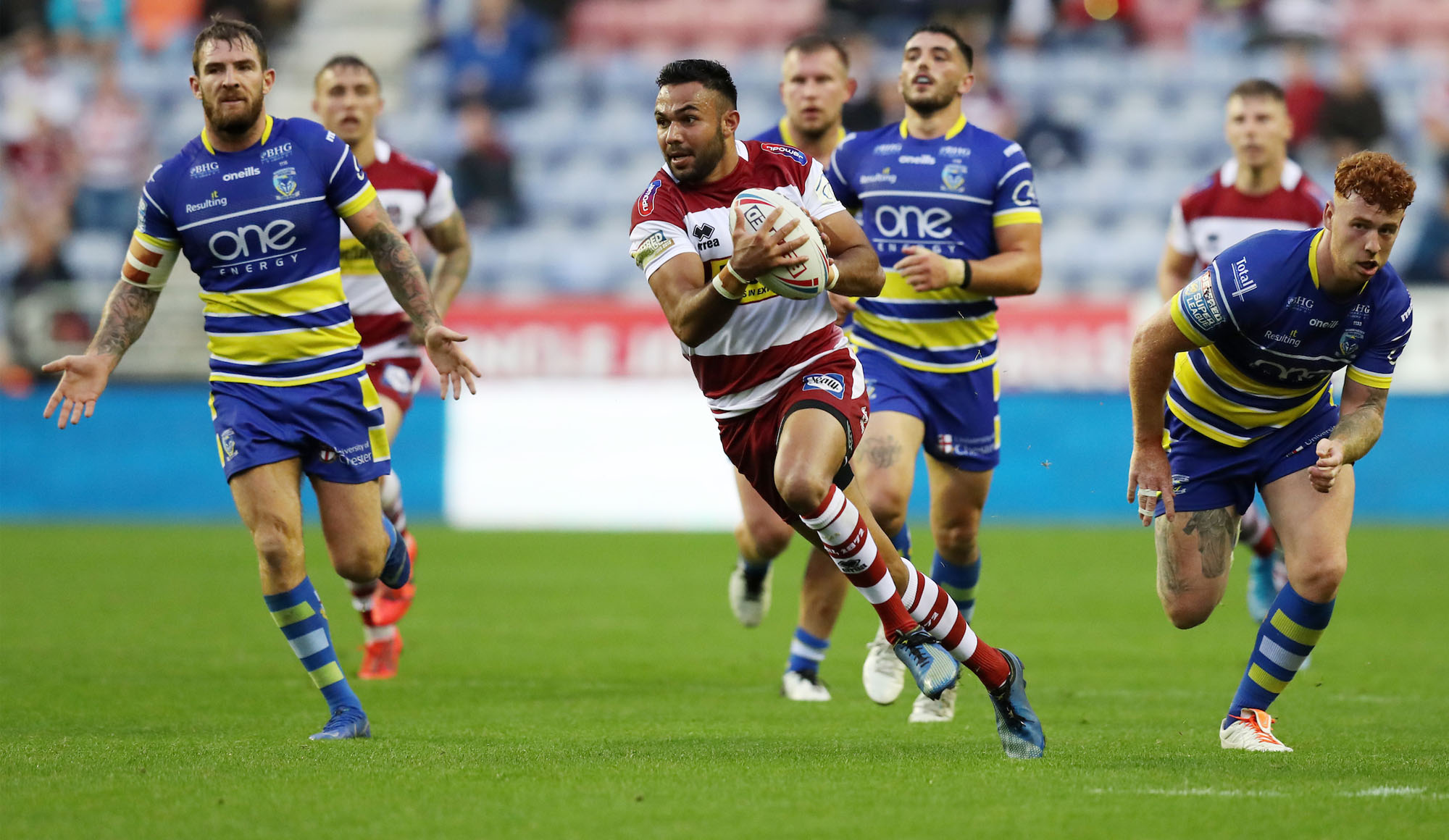 Investing in the squad

With a whole host of new signings announced over the summer, we take a closer look at what Wigan fans can look forward to in the 2020 season.

The Cherry & Whites have had a busy summer committing pen to paper on a number of players for next season alongside Head Coach Adrian Lam, who himself agreed a new contract with the Club until the end of the 2020 season.

Let’s take a look at who fans can expect to see run out at the DW Stadium next season for the Warriors.

Wigan fans will already be very familiar with the Australian speedster, who joined with immediate effect in July. Since joining, the versatile back has made two appearances, one off the bench and one start in which he also grabbed his first try for the Club. Watch his first try below.

French joined from NRL outfit Paramatta Eels where he scored 35 tries in 47 appearances.

On signing the 23-year old, Head Coach Adrian Lam said, “Bevan is an entertainer, a natural footballer who I have admired for some time. He will get people up from their seat and add even more attacking threat and flair to our game.”

Having already seen what French is capable of, Wigan supporters purchasing a season ticket can look forward to plenty more during the 2020 season.

After a decade down-under, prop-forward Burgess agreed to join Wigan Warriors for the 2020 campaign on a three-year deal.

Burgess will leave South Sydney after ten years of stellar service alongside twin brother Tom Burgess and elder brother Sam Burgess at the end of the 2019 season to return to the UK and play in Super League.

On his future move to the Warriors, Burgess said: “After speaking to Adrian Lam and Kris Radlinski, it’s clear to me that there’s something special happening at Wigan Warriors in 2020 and beyond. Although it’s a huge decision to leave the NRL and say goodbye to Souths, I’m excited as to what the future will hold at Wigan Warriors and the Betfred Super League.”

The 23-year old stand off will join the Warriors for the 2020 season after signing a two-year deal in July of this year.

Born in Wollongong, New South Wales, Hastings has made a name for himself in Betfred Super League with a stellar 2019 at the AJ Bell Stadium. So far this season, Hastings has scored eight tries and assisted another 33 for the Red Devils.

On his style of play, Kris Radlinski said at the time of the signing announcement, “His attacking nous with ball-in-hand and his running game have lit up the Betfred Super League since he’s arrival in the UK in 2018. Furthermore, I believe his leadership and influence will play a big role for us in 2020 and beyond.”

Wigan-born Bibby signed a two-year deal with the Cherry & Whites back in June to start in 2020. The centre, who has also been deployed on the wing during his career, will join from Salford Red Devils where he has impressed in 2019.

On the centre signing back in June, Executive Director Kris Radlinski commented, “Jake has proven at Salford that he is a high-level Super League performer and competitor. The exciting thing for Wigan Warriors, and for Jake, is that we believe he still has room for improvement.”

Hear from Bibby in his first interview with the Club on Wigan TV HERE.

Following spells with Doncaster, York City Knights and Hull Kingston Rovers, the prop-forward established himself in the Castleford Tigers front line in 2019 before heading to Leigh Centurions on a short deal until the end of the 2019 campaign.

In June the 26-year old penned a 3-year deal with the Cherry & Whites from the start of the 2020 season. On the deal, Clark said, “It’s a massive Club with so much history which speaks for itself. This is one of the biggest Clubs in the world - I’m majorly looking forward to joining.”

On the capture of Clark, Kris Radlinski commented: “We are delighted to have signed Mitch for next season. I believe he is one of Super League’s most destructive forwards.

Has this list got you excited for 2020? If so, make sure you don’t miss a minute of Betfred Super League action at the DW Stadium and grab your season ticket! For more information on prices, benefits and more, click HERE. 2020 Season Tickets are available for renewal and purchase from Monday 2nd September.